Frontline of Fear: Afghan Teen Press-Ganged by the Taliban 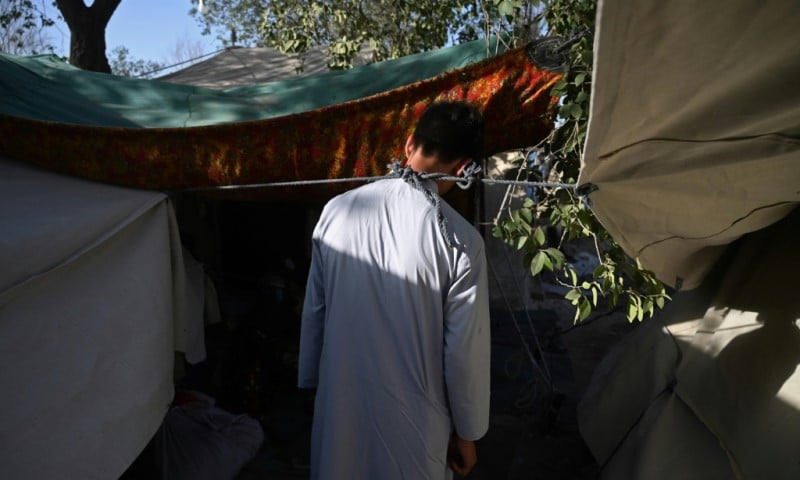 Hours after the Taliban overran his hometown in northern Afghanistan last week, 17-year-old Abdullah was forced to ferry rocket-propelled grenades up a nearby hill –- an unwilling and terrified insurgent recruit.

Abdullah said he was out on the streets of Kunduz when members of the Taliban stopped him.

The insurgents also snatched another 30 to 40 youth, some of them boys as young as 14, from outside a madrassa (Islamic school), he said.

“They asked us to take up arms and join their ranks,” Abdullah said. “And when our parents came to ask for our release, they threatened them with weapons.”

The Taliban have virtually overrun the country following a lightning offensive — supported in part by press-ganging youths like Abdullah to be used as cannon fodder.

Abdullah said the insurgents strapped a 20-kilogram (44-pound) bag of RPGs onto his back, shoved a box of ammunition into each of his hands and forced him to march.

The ordeal lasted three hours before his family was able to barter his release.

But as they prepared to flee, the insurgents came back for him and others.

“They were beating us. I still have the marks,” he said.

An hour later, he said he was given an assault rifle and pushed into action — ordered to help attack a police garrison.

“I was shaking, I couldn’t hold my gun,” said Abdullah, his face flushed with teenage acne.

“Three or four boys who were carrying weapons were hit and died when their bags exploded,” Abdullah said.

“One Taliban fighter was killed, another lost a leg and an arm.”

I was in Shock

Abdullah saw his chance to escape when half of the Taliban fighters in his group had been killed or wounded.

He laid down his gun and ran, taking an hour to get home.

His family was in the throes of their own escape, preparing to seek safety in the capital Kabul. They had borrowed money and pawned off their belongings.

“We didn’t take anything with us. We even sold our food,” Abdullah said.

After a 15-hour journey, Abdullah, his parents, his grandfather, and his brothers and sisters reached Kabul.

Since then, they have been sleeping under a tent in a park in a northern suburb where they spoke with AFP.

Their only possessions are what they could carry.

Abdullah said his stomach still hurts from where the Taliban fighters hit him with the butt of their guns as he resisted being press-ganged.

He now dreams of getting out of Afghanistan.

But when he was held hostage by the Taliban, Abdullah said he was mostly terrified for his family.

“I was thinking about my parents,” he said. “I thought: ‘If I am hit and killed… what will happen to them?'”