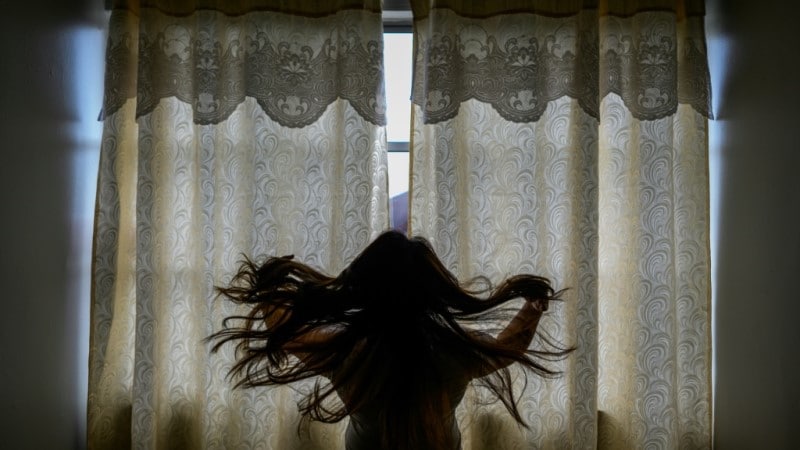 Harassed and placed under investigation by religious authorities — activist Maryam Lee is a highly controversial figure in Malaysia.

Her crime? Speaking out about her decision to stop wearing the hijab and criticising what she sees as institutional patriarchy in Islam.

Most in Muslim-majority Malaysia follow a moderate form of the religion and wearing a headscarf, known locally as a “tudung” and used to cover the head and neck, is not mandatory.

But experts says the nation has become more conservative in recent years and today most Muslim women wear one. 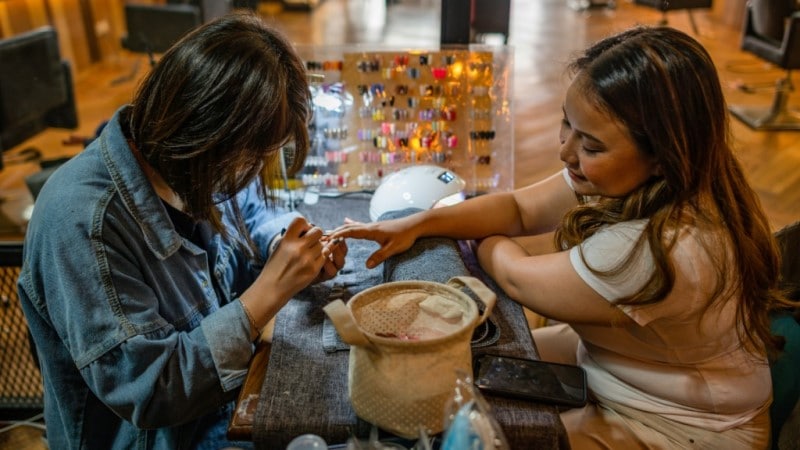 Muslim women in Malaysia, which is more than 60 percent Muslim but is also home to large ethnic Chinese and Indian minorities, wear a headscarf that covers the hair and chest, though it is not legally required

Maryam, who was made to wear a headscarf from the age of nine, says she realized in her mid-20s that she was conforming to a social expectation rather than a religious requirement and decided to remove it.

“All my life, I had been told that (wearing the headscarf) is mandatory and if I don’t wear it, it’s sinful. And then I found out that it actually wasn’t, so I felt very cheated — like all your life you’ve been told one thing, and it turns out to be a lie,” she explains.

It was a difficult personal decision but when she went public, detailing her story in her book “Unveiling Choice”, she faced a vitriolic backlash and death threats.

Malaysia’s religious affairs minister expressed concern and she was hauled in for questioning under a law against insulting Islam — the country has a dual-track legal system, with Muslim citizens subject to sharia laws in certain areas.

Maryam believes officials were concerned she was encouraging other women to “de-hijab”, but insists this is not the case.

“I’m not telling women what to think, I’m asking them to revisit certain assumptions and certain theories that have been taught to them over the years,” the 28-year-old says.

“Even without legal criminalization, women are facing social criminalization when they want to take [the hijab] off,” she warns adding that women like her are in a “jail of society’s expectation”.

To mark the release of her book, which she describes as a story of resistance against patriarchy in religion and wider society, she took part in a talk called “Malay Women and De-Hijabbing” which fueled the furors against her.

Head coverings differ around the Muslim world, from scarves that leave the face visible, to the niqab that leaves the areas around the eyes clear and the all-concealing burqa with just a mesh screen to see through.

In the West they remain controversial amid debates over freedom of religious expression and women’s rights — France does not allow students to wear hijabs in schools and along with Belgium, Denmark, Austria and the Netherlands has a total ban on wearing the niqab or burqa in public.

Muslim women in Malaysia, which is more than 60 percent Muslim but is also home to large ethnic Chinese and Indian minorities, wear a headscarf that covers the hair and chest, though it is not legally required.

Critics say this expectation of modesty was not the case a generation ago and is a result of the greater influence of increasingly vocal religious hardliners.

Maryam has been targeted by angry zealots but has also been hailed as the voice of the modern Malaysian woman by some in the social media generation keen to express their individuality as well as their faith.

No Less of a Muslim

“Women in this part of the world, when they take off the hijab, what happens to them? They get bullied, they get harassed,” says Maryam.

Malaysian rights group Sisters of Islam agree women without headscarves come under heavy scrutiny from family, colleagues and in public — making the decision “difficult and traumatic”.

Maryam argues her choice was to step away from patriarchal instruction rather than her faith.

“I was born a Muslim, I’m still a Muslim — I’m no less of a Muslim because I removed my hijab,” she explains.

Even some prominent female politicians in Malaysia such as Rafidah Aziz and former central bank governor Zeti Akhtar Aziz do not cover their heads, nor do the wife or daughter of former prime minister Mahathir Mohamad.

In urban areas, young women have experimented with turbans and other ‘fashionable’ head coverings, despite criticism they flout religious guidelines.

Sarah, a consultant from a financial firm who gave a pseudonym to avoid upsetting her family, no longer wears the headscarf believing it to be a patriarchal expectation.

“Malay men especially at an authoritative level somehow have this mindset … that Malay women need to appear in a certain manner, but it doesn’t mean that these people who are wearing tudung are any better.”

Religious authorities have yet to close their investigation into Maryam, meaning the possibility of further action remains.

But she has no regrets about her decision to open up about her experience: “Society needs to be awakened.”