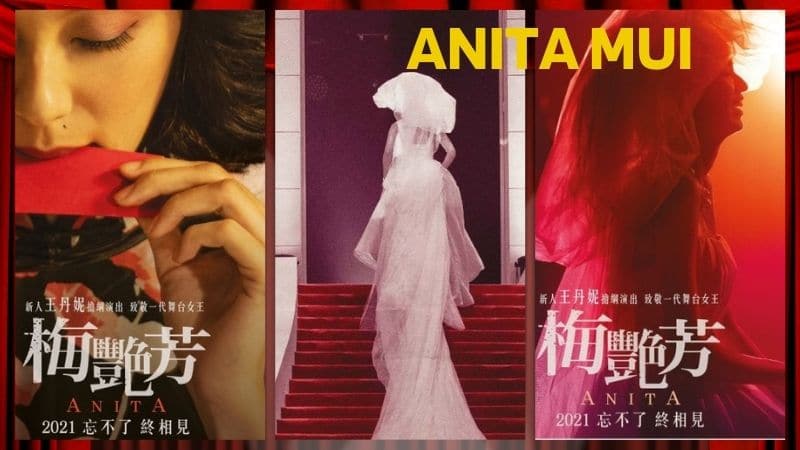 Eighteen years after her passing, fans of Anita Mui will be able relive their idol’s life on the big screen. The Cantopop legend has inspired a biopic titled Anita. The well-loved superstar will be played by Louise Wong.

Anita Mui is one of the most successful and influential Asian actresses and performers that ever lived. Despite losing her battle with cervical cancer in 2003 at the age of 40, the actress remains well-loved by her fans.

Who Will Be Playing Anita?

The filmmakers behind Anita spent three years looking for the perfect actress to take the role, and although the movie has wrapped filming, they still remained secretive on the casting. The lead star appeared in the first trailer for the biopic released last May but was seen only from the back wearing a wedding gown resembling the one worn by Mui in a concert.

Recently, it was revealed that newcomer actress Louise Wong snagged the highly-coveted role. The 32-year-old has been modeling since she was 16, and playing Anita will be her first foray into the acting world.

According to the filmmakers, Wong had to undergo dancing and singing training for half a year before she became ready to play Mui.

“Anita is an example to our generation that success does not depend only on talent, hard work is equally important,” said Wong.

Sony has picked up the rights to distribute Anita to five Asian countries including Thailand, Vietnam, Singapore, Thailand, and Malaysia, while Bill Kong’s Edko Films will distribute it to China and Hong Kong.

The Influence of Anita Mui

Anita Mui is dubbed as the Madonna of the East. The superstar came from humble beginnings. She began performing at clubs and amusement parks as a child before she became famous.

Mui became an overnight sensation in 1982 upon beating more than 3,000 contestants and winning the New Talent Singing Awards in Hong Kong. Some of her most popular hits include The Song of Sunset, and Bad Girl. Mui became iconic not only for her unique throaty voice and high-energy showmanship but also for her flamboyant fashion statements.

Aside from her prolific singing career, Mui also appeared in more than 40 movies and has won prestigious accolades including the 1988 Golden Horse Best Actress Award for her performance in Rouge.

“In a business where stars rise and fall quickly, Anita remained at the top of her game throughout her career,” said Edko, adding that “her untimely death at the age of 40 only solidified her legacy and her songs continue to attract new fans and inspire performers.”

The biopic is a passion project of Asian film producer Bill Kong who had a close friendship with the late star. Recalling a meeting in the same year as her passing, Kong said that the icon wished for a film to be made that could leave a legacy for the future generations to come. This prompted the producer to craft a role especially made for her in the 2004 film House of Flying Daggers. Unfortunately, the dream didn’t come true because she passed away in December 2003.

“We met a long time ago. Back then Edko Films was still a small company while Mui was already a superstar. But she still helped us to promote ‘Laputa: Castle in the Sky,’ the film that we were distributing at the time. I am still grateful for her support even today,” shared Kong, recalling their decades-long friendship and how he never forgot the promise he made to Mui.

Anita is directed and written by Longmond Leung, who co-directed Cold War and its sequel. The director said that the highly-anticipated biopic will not only center on Mui, but it will also be a reflection of 1980s Hong Kong.

“To a great extent, Mui’s life is also a story of the people of Hong Kong,” said Leung.

The release date of Anita has not been announced yet, although it is poised to be on the big screen later this year.