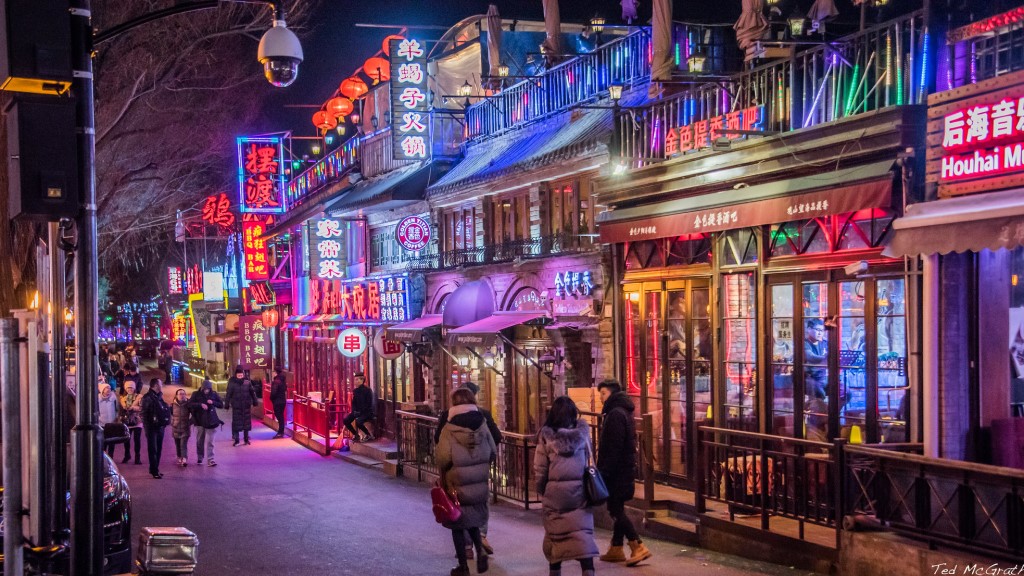 The streets along the shore of Qianhai Lake, Bejing | Ted McGrath

It sounds every bit a dystopian novel, but it isn’t. China is actually spying on tourists and citizens, and it has no plans of stopping any time soon.

According to an investigation by the New York Times, the Chinese government is installing a surveillance app on tourists’ phones as they enter the northwestern Xinjiang region, which is the home of millions of Uighur Muslims. It has been estimated that there are more than one million Uighurs in internment camps, currently.

Tourists who are coming in from Central Asia and into Xinjiang are required to hand over their phones and other mobile devices to Chinese border agents. The border agents will then take the mobile devices to a separate room – no additional information is given –  and they install an app called Fengcai that basically opens a portal into your digital life.

The app downloads everything in your phone, from calendar entries to text messages, contacts, call logs, and the apps you have installed. All this private information is then sent, unencrypted, to a separate server that analyzes the content of your phone.

The Fengcai spying app is specifically designed to scan for 73,000 specific entries that the government of China deems to be anti-government. The incredibly long list includes materials that promote terrorism, such as literature from the Al-Qaeda or the Islamic State. Publications from the West that talk about terrorism are also prohibited.

Additionally, Fengcai also compares phone content and tracks passages that express any kind of religiosity, such as having passages from the Quran or even having an electronic image of the Dalai Lama. Incredibly, that’s not all Fengcai scans.

It will even try to determine if you have any music from the Japanese metal band Unholy Grave. Unholy Grave has been under fire from the Chinese government from having a song titled “Taiwan: Another China.” China’s mass surveillance system is obviously reaching fever pitch with the physical acquisition of personal mobile devices, and the government is now scanning foreigners, too.

The Xinjiang region is a terrifying place for the Uighurs, because it is also China’s largest espionage laboratory. In addition to scanning tourists’ phones with Fengcai, the government also uses facial recognition to create profiles of Uighur Muslims.

Many have slammed the practice as outright automated racism. Uighur Muslims are also required to provide the government an insane amount of biometric data from fingerprints, DNA samples, voice samples, and even their blood types. Uighurs are constantly harassed by state agents, and multiple checkpoints throughout the region require the Uighurs to hand over their phones for constant inspection.

A second app called JingWang, similar to Fengcai, is installed in the phones of Uighurs. JingWang functions like Fengcai, but is less aggressive than Fengcai as Fengcai hunts for more types of data.

Currently, the Chinese government classifies the Uighur Muslims as separatists and a threat to the stability of the country. Xinjiang is rich in oil and other resources, and is crucial for China’s Belt and Road Initiative, which the government has begun rolling out.

And while it is true that the Xinjiang province is the breeding ground for surveillance technologies, what happens in Xinjiang doesn’t stay there. The Chinese government uses whatever it learns in Xinjiang to spy on the rest of its population.

In a Vice interview, Edin Omanovic from Privacy International stated that “there is an increasing rend around the world to treat borders as law-free zones where the authorities have the right to carry out whatever outrageous forms of surveillance they want.”

“But they’re not: the whole point of basic rights is that you’re entitled to them wherever you are. Western liberal democracies intent on implementing increasingly similar surveillance regimes at the border should look to what China is doing here and consider if this is really the model of security they want to be pursuing,” said Edin.