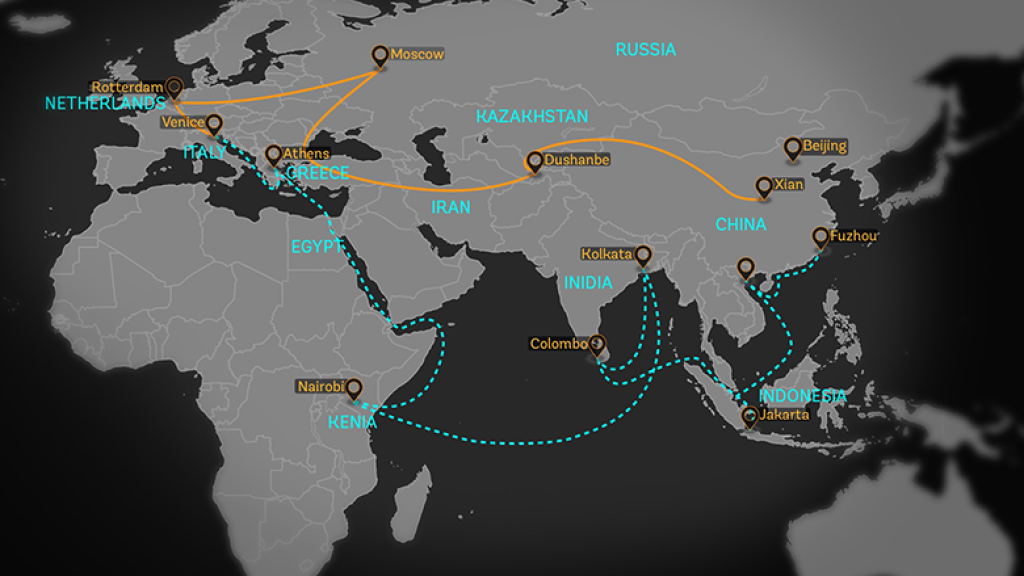 China’s Belt and Road initiative plans to economically interconnect nations but at what cost?

The Silk Road is a region in Central Asia which has been used as a trading route by China for thousands of years. Unlike its name, the place is not actually a road or a passage— it is a district. And this district has allowed China to trade silk with India and countries in Central Asia. The Silk Road is a fundamental trading passage that has connected China to the West, factoring in many ways for its eventual success as a nation.

Merchandise was not the only thing that was traded in the Silk Road. There had been exchanges of knowledge, insight, cultures, values and beliefs. In 2013, China’s president, Xi Jinping, announced a belief of his own. He proposed the One Belt One Road initiative (OBOR) which entailed the development of a network of railways, pipelines and roads that would ultimately link China to Central Asia, South Asia and West Asia. With the expansion to Asia, Africa and Europe, the initiative may revolutionize free trade forever.

Changing the World: One Colossal Expansion Away

The OBOR may the biggest attempt at geographical integration in history. The structure would cover about 65% of the total population and a third of the world’s GDP. Let’s just say, Xi Jinping is extremely ambitious. If everything pans out the way he plans, globalization is in the midst. Many countries will economically benefit from the infrastructure and China will continue to reign in political influence and diplomacy.

This sounds all well and good, but there’s one teensy little problem. How much is that going to cost? The OBOR is a trillion dollar project and Xi Jinping has already spent about $25 billion in its projects. But this is not purely one-sided. All nations that want to benefit from the OBOR must shell out investments, and the counting total at the moment is 70 countries all over the world. Do all 70 countries have the means to afford such an extravagant expense?

Countries have been hesitant to embark on this journey with China for obvious reasons. And China does not waste time soothing minds. China has regarded the initiative as a “road for peace”. The nation’s intention is not to exploit or enhance geopolitical influence, but to develop cultural understanding among all nations. The skepticism still stands.

Many nations, such as Japan and the United States are apprehensive that this may only be a ploy for China’s expansion and movement of a militia. If the OBOR becomes a reality, China would have India surrounded, and again, for obvious reasons, India opposes the OBOR. Hidden agendas aside, there is another reason for reluctance towards the initiative.

Many analysts are stating that the OBOR is a debt-trap for many countries involved. When nations do not have the funds to reimburse a loan, they are more or less enslaved by China, obligated to find other ways to return on the investment. Finding other options for payment is China’s bread and butter. This tactic has accounted to much of the nation’s diplomatic immunities and allowances.

The accusations for debt-trap have swarmed Xi Jinping and he felt it was much needed to defend his initiative and provide new bouts of clarity. He spoke with conviction, “This is not a China club.” He plans to be inclusive and transparent about the entire process.

Could it really be? Are China’s intentions pure? Marina Rudyak who is taking her Ph.D. in Chinese Studies stated:

“The reason is not that simple as saying it’s because the Party wants it. We are neglecting those who genuinely want to change something, those who came out of poverty and now want to help others to be less poor.”

What we know for sure is Asia is in much need for developed infrastructure and who would better suited to handle this than the growing Asian giant? China’s ambition and determination may lead to a new world. Let’s just hope nothing shade happens in the sidelines.