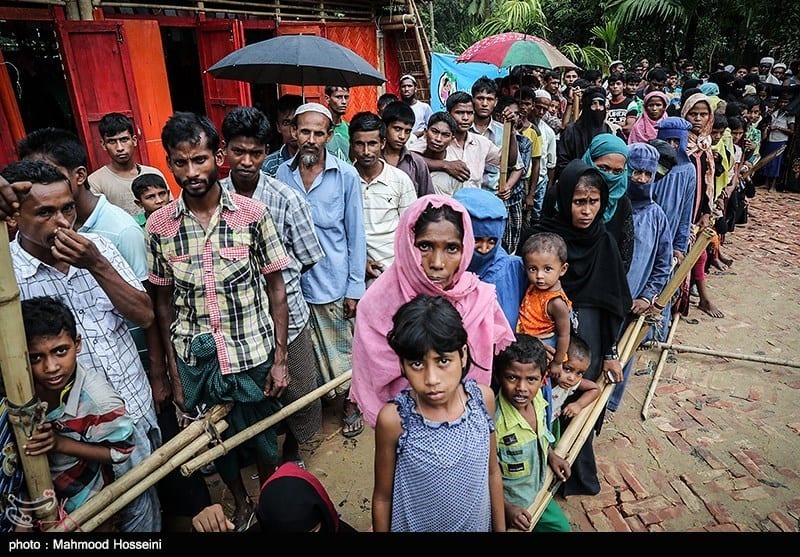 In a country riddled with culture and tradition, 700,000 people are fleeing their land and finding refuge in other places to escape the destruction happening in their own homes. The Rohingya people, located in northern Myanmar in the province of Rakhine, are slowly but surely being wiped out by the country’s military in an effort to preserve the land’s religious standing. The United Nations have coined the situation as a textbook act of “ethnic cleansing”, the mass annihilation of a particular religious group unwanted in a state. With nothing to do and nowhere to go, the Rohingya people face a helpless situation full of tragedy and eradication.

Who are the Rohingya People?

The Rohingya are one of the many ethnic populations in Myanmar, formerly known as the state of Burma. They represent the largest number of Muslim people in a country that is dominantly Buddhist. As of 2017, the number of Rohingya in Myanmar stood at one million among the rest of the country which amounted to 53 million. Majority of the Muslim people reside in the north of Myanmar in proximity to Bangladesh, the country known to be the origin of their ethnicity. The Rohingya have their own language, culture values— of course, with much disparities to their neighbors that follow the religion of Buddhism, established as Myanmar’s long-standing belief for ages.

In a country that dominantly follows Buddhist teachings and traditions, reliance and trust in introspective energy that brings out the nature of life and existence came a decision that the Rohingya people were to be exterminated. The government of Myanmar determined that the Muslim population in the Rakhine state should not be acknowledged as authentic citizenship. Basically, they were reduced to illegal immigrants from Bangladesh— reduced to beings not even recognized as people, regardless of the fact that the Rohingya people have lived in this area for generations.

Not only are death and ruin major factors of this genocide, corruption, and deceit have also reared their ugly heads in the matter. Apparently, the Tatmadaw (Myanmar militants) have stated that they are merely attacking Rohingya militants and staying clear of the civilians. Further investigation and drone footage prove that this is absolutely false. It has escalated to more than just killing civilians. The military has resorted to house-by-house killings, showing no mercy to any human beings including infants and pregnant women. Amnesty International reported the rape of countless women and the slaughter of man throughout the northern land. Throughout all this, the government announced the casualty body count to 400. In reality? 6,700 casualties have been reported with almost 10% of the deaths accounted to children under the age of five.

As of August 2017, almost 300 villages have been destroyed and rendered to collapsed houses and rubble. In contrast with that, the other Rakhine state closely located to the destruction has been left pristine and touched, making it apparent that there is a distinguished attack exclusively to the Rohingya people. In that same time frame, more or less 300,000 civilians reside in refugee camps while almost 700,000 have reached Bangladesh with nothing to their names. All that remains is the clothes on their back, family members that made it out alive and a lifetime of trauma at the Tatmadaw.

A Dire Necessity: Is There Help Coming?

Aid to the Rohingya people is of the utmost importance right now. Aung San Suu Kyi and Win Myint, Myanmar’s State Councillor and President, respectively, have been urged by foreign media to speak for the Muslims in the land. The country itself has shown passiveness and reluctance to speak out regarding the genocide, leaning towards willful ignorance and suppression.

In December 2018, President Win Myint announced that the past year had been an “auspicious” year for Myanmar, including for the Rakhine state. This sparked international outrage, seeing as the country’s own leader invalidates the struggle for the Rohingya. It seems that any help to be granted would most likely come from the borders outside Myanmar.

Countries such as the United States, China, Bangladesh, and the United Kingdom have spoken out on behalf of the Rohingya people, expressing for the war and killings to stop. The United States, a strong representation of military strength, urged the Tatmadaw to relent, respect the “rule of law” and stop the violence immediately. China, on the other hand, places trust and respect in the Myanmar government, instructing the international media to support the country’s efforts in stabilizing the situation. This is not surprising for China to advise seeing as how it is a country that prides itself on its in-border capabilities. The problem is, Myanmar may not have this proficiency yet.

The United Kingdom has sent aid amounting to 60 million allocated solely for the Rohingya people and relief operations. The country is very much opposed to the militant brutality in Myanmar, so much so that they have abruptly stopped training courses for the Tatmadaw, refusing to reinforce the destruction.

Bangladesh is constructing more shelter for the refugees in Cox’s Bazaar while simultaneously limiting travel opportunities for a while in an effort to maintain order with the rest of the population in the country. In November 2018, Myanmar and Bangladesh had an agreement to re-relocate the refugees back to Myanmar territory, but little has been done. Some speculation states that this order was only imposed to appease international forces and illude the world of Myanmar’s efforts. What else would anyone think, when not a single person has returned to Myanmar?

The United Nations is not impressed. Officially labeling the crisis in Myanmar as genocide in August 2018, this apt premise may have sparked the country’s false promise to get the refugees back from Bangladesh. And with no progress whatsoever. A representative of Myanmar’s government stated that the body was committed to the protection of human rights. In response, this is what the High Commissioner of Human Rights in the UN, Zeid Ra’ad Al Hussein, had to say:

“In the four years that I have been High Commissioner I have heard many preposterous claims,” he said. “This claim almost creates a new category of absurdity. Have some shame, sir. Have some shame. We are not fools.”

Hope Springs Eternal: The Rohingya are not Alone

Though the Rohingya people might feel helpless in the comfort (not) of their own settlements, a place they have been kicked out from, a place they can no longer call home— they are far from abandoned. Aid may not be coming from within Myanmar borders, but almost rest of their world is on their side. 142 countries, 70% of the world, are committed to the resolution and exodus of war. International support is not far. Freedom from tyranny and catastrophe is not far. Liberation is on its way.