‘Not an Enemy’ Any More: Why Russia is Courting the Taliban 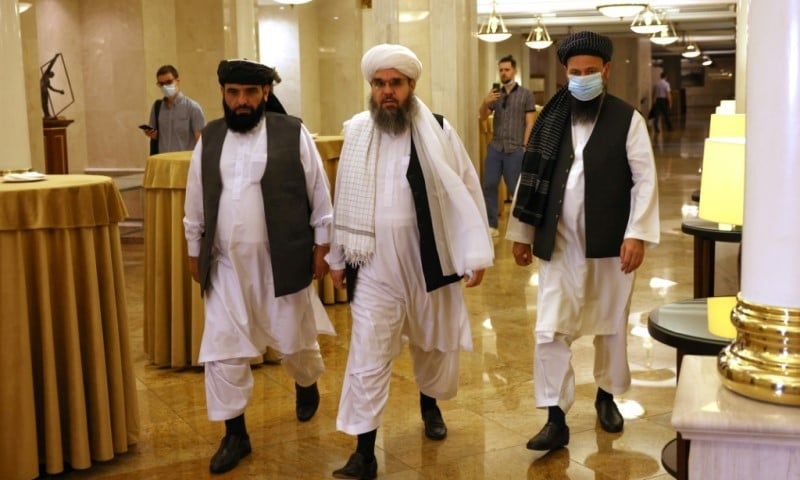 While many countries are scrambling to empty their embassies and remove their staff from Afghanistan, Russia is staying put — it has long prepared for the arrival of the Taliban in Kabul.

Despite the hardline Islamist group tracing its origins back to the war against the Soviets in the 1980s, Russia’s view on the group now is pragmatic.

Analysts say the Kremlin wants to protect its interests in Central Asia, where it has several military bases, and is keen to avoid instability and potential terrorism spreading through a region on its doorstep.

A Russian foreign ministry statement Monday said the situation in Kabul “is stabilising” and claimed that the Taliban had started to “restore public order”.

And ambassador Dmitry Zhirnov said the Taliban — who he was due to meet Tuesday — was already guarding his embassy and had given Moscow guarantees that the building would be safe.

The militants had assured the Russians that “not a single hair will fall from the heads” of their diplomats, he said.

This is a stark contrast to the last time hardliners came to power in Afghanistan in 1992, when Moscow struggled to evacuate its embassy under fire after a disastrous decade-long war.

Three decades later, the Kremlin has boosted the Taliban’s international credibility by hosting it several times for talks in Moscow — despite the movement being a banned terrorist organization in Russia.

The aim of these talks, say analysts, is to stop the conflict from spilling into neighboring countries and a terrorism spike in its Central Asian neighbors, where Russia maintains military bases.

“If we want there to be peace in Central Asia, we need to talk to the Taliban,” said Nikolai Bordyuzha, the former secretary general of the Moscow-led Collective Security Treaty Organization (CSTO). He commended the Russian embassy for staying open.

The Taliban has moved to reassure its northern neighbors that it has no designs on them, despite several Central Asian countries having offered logistical support to Washington’s war effort.

Ambassador Zhirnov suggested the Taliban had also given Moscow assurances.

He said Russia wanted Afghanistan to have peaceful relations with “all the countries in the world” and that “the Taliban had already promised us” this.

But Russia’s foreign ministry has suggested it will not rush into a close relationship with a Taliban government, saying it would monitor the group’s conduct before deciding on recognition.

And as the Taliban advanced through Afghanistan this summer, Russia staged war games with allies Uzbekistan and Tajikistan on the Afghan border in a show of force.

“To different extents, these countries will be obliged to accept Moscow’s help, but none will want to exchange their sovereignty for their security,” he said.

He stressed that Afghanistan’s three Central Asian neighbors — Uzbekistan, Tajikistan and Turkmenistan — have different approaches to the conflict.

Uzbekistan and Turkmenistan held high-level talks with the Taliban and are likely to recognize Taliban rule, while Tajikistan has not engaged with the militants.

Russia’s dialogue with the Taliban is the fruit of several years of courting.

Foreign Minister Sergei Lavrov in July described the Taliban as a “powerful force”, and blamed the Afghan government for faltering progress in talks.

“It is not for nothing that we have been establishing contacts with the Taliban movement for the last seven years,” the Kremlin’s Afghanistan envoy, Zamir Kabulov, told the Ekho Moskvy radio station on Monday.

This relationship has raised many eyebrows, given that the Taliban has its roots in the anti-Soviet Mujahideen movement from the 1980s.

But Alexander Baunov of the Carnegie Moscow Center said Russia now believed the Taliban have changed since the last time it was in power in the 1990s when it gave shelter to Al-Qaeda.

“Moscow does not see this version of the Mujahideen as its enemy,” he told AFP.