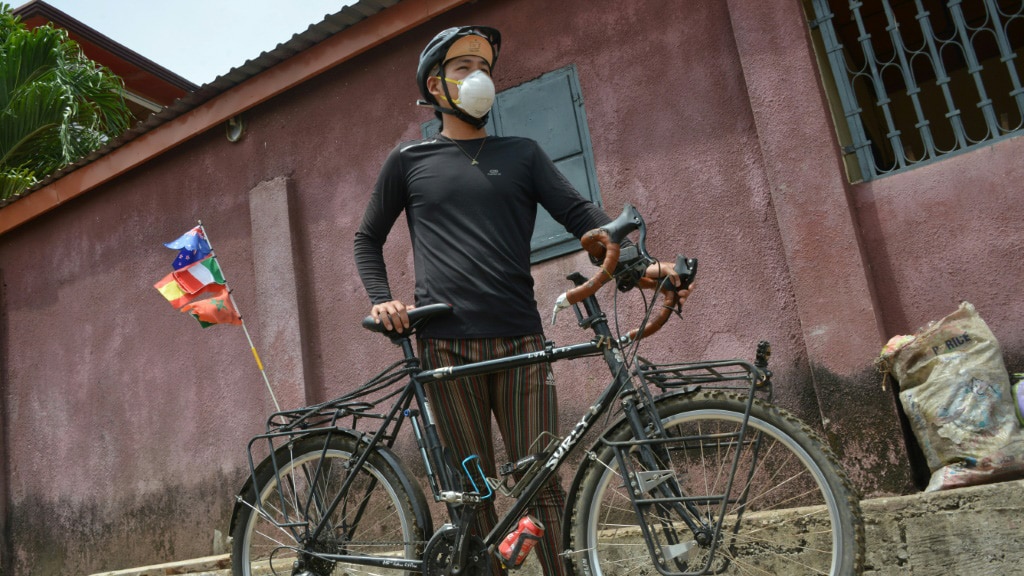 Raymond Lee had been traveling the world by bicycle for two years when the coronavirus erupted and he suddenly found himself stranded in the poor West African state of Guinea.

After cycling through Europe and then across the Sahara, the 33-year-old South Korean was in Guinea, heading south, when the government shut the borders in a bid to curb the spread of the virus.

“When I was in Guinea this thing became really serious,” said Lee, a former flight attendant with an easy smile and a shock of long hair.

Now stranded, he was repeatedly turned away from hotels in the seaside capital Conakry, in what Lee described as a prejudiced reaction to the pandemic.

“They didn’t let me in because I am Asian,” he said by phone, explaining that he was turned away from seven or eight hotels. 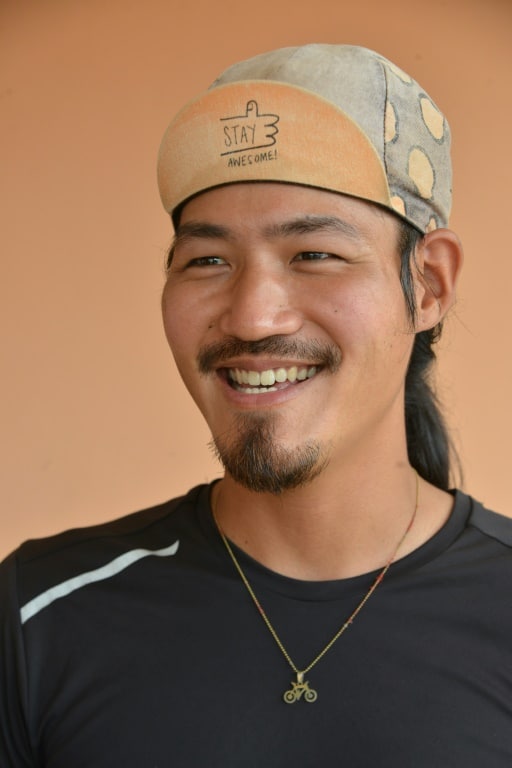 “It was pretty messed up,” he added. “I personally never experienced any racism in my entire life, this is the first time”.

In spite of abundant natural resources, Guinea is a poor country where the fragile health system is causing concern in the face of the pandemic.

The nation of some 13 million people also has one of the worst outbreaks in the region, with about 1,300 confirmed cases and seven fatalities.

Lee began asking around on the street for a place to stay — only to be swindled by a man who agreed to host him for 50 euros ($55) a month, but who vanished after receiving the money.

With nowhere to stay and living off savings, he found a room in an upmarket hotel which he could not afford for long.

After a plea on Facebook, somebody eventually put Lee in touch with a guesthouse which agreed to take him, and where he estimates he will have to stay for months.

Unfazed, Lee said that Conakry is full of good people and that far worse could have befallen him during his round-the-world odyssey.

“I wasn’t shocked,” Lee said. “We expect so many unexpected things,” he added, referring to nomads such as himself who pedal around the world.

His predicament is preferable to a traffic accident or serious illness, he said, both of which are real possibilities when on the road.

Lee started his journey in New Zealand in March 2018 — where he started a YouTube video diary — before flying to Australia to work and save money, and then on to Europe.

“Bike traveling is the best way to travel the whole world,” he said, explaining that he could stop whenever and wherever he liked.

After struggling over mountains in Italy and Spain, Lee cycled into Morocco and then into the vast desert, where, despite harsh conditions, the cycling was smooth.

“In the middle of the desert it was nothing but endless horizon for days, weeks, months,” he said.

For now, Lee is whiling away his days in his Conakry guesthouse, reading and watching television series.

But when the restrictions lift, he plans to continue to Ivory Coast, and from there perhaps to South Africa — a journey he said could take longer than one year.

“I just want to go to as many countries as I can while I feel able to do it,” Lee said.

“I’ve been traveling for two years and I don’t think that is enough”.

by Carol VALADE with Emmet LIVINGSTONE