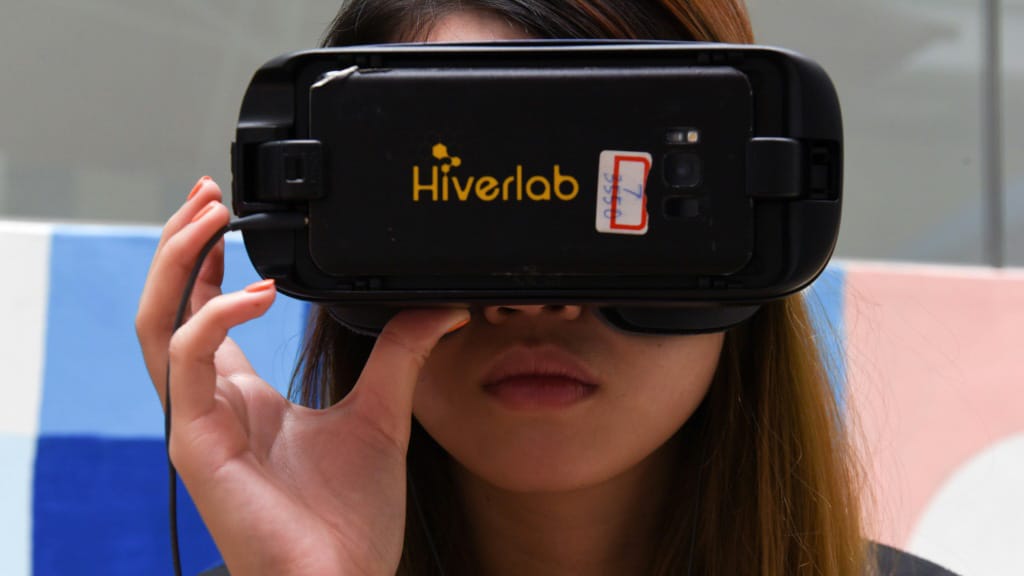 “Wow, your shirt is really see-through. Are you wearing matching underwear?” the man says lewdly.

It’s a virtual reality simulation — but it’s enough to shock 23-year-old Elizabeth Lee into silence as the scene plays out on her headset.

The VR technology is part of the Girl, Talk project which is aimed at helping women fight back against harassment in Singapore.

“I would think that I would respond in a more confrontational way,” Lee admits. “It felt very physically close… it was just really disgusting to hear such crass remarks.”

Sexual harassment has been a key issue in the city-state’s university campuses after a student at a top institution took to Instagram to recount a story of being secretly filmed in a dormitory shower.

The victim, Monica Baey, felt the perpetrator got off too lightly and her decision to go public has been dubbed Singapore’s #MeToo moment.

There were 56 cases of sexual misconduct involving students from six Singapore universities between 2015 and 2017, according to information Education Minister Ong Ye Kung provided to Parliament last May.

But many students told AFP the real figure is far higher and many incidents go unreported.

Girl, Talk was created by four women — Danelia Chim, Seow Yun Rong, Heather Seet and Dawn Kwan — at Nanyang Technological University (NTU), who felt that while #MeToo had raised awareness there was little to “equip survivors” on how best to respond in different situations.

“Even if you’re caught in a physically vulnerable situation, being able to evaluate your situation and make choices about how you behave and react can be incredibly empowering,” the group say on their website. 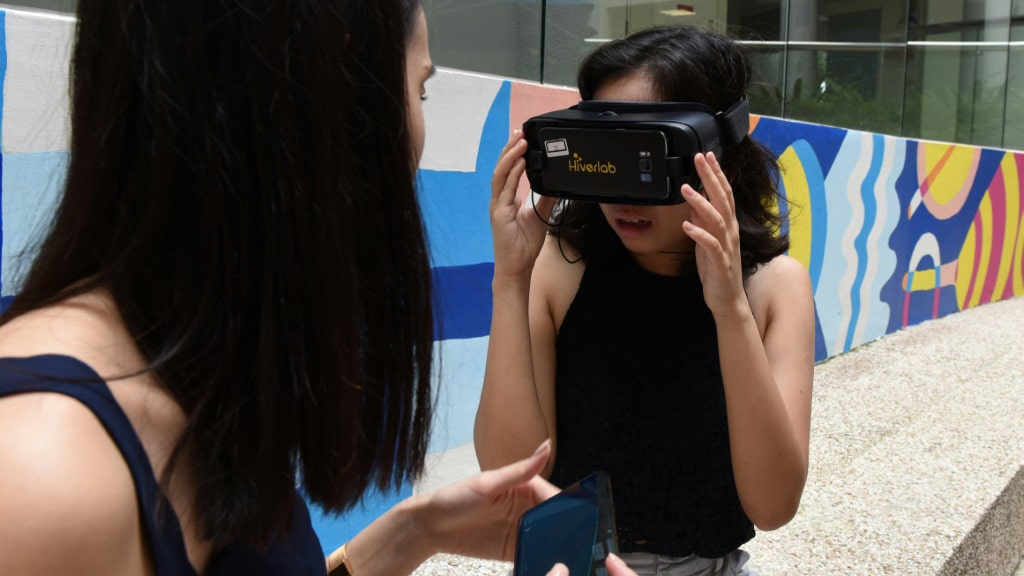 Virtual reality simulations are being used as a new weapon to help women fight back against sexual harassment, at the Nanyang Technological University in Singapore

The VR simulation features five scenarios based on real experiences. They enlisted male friends to act out the scenarios and filmed them.

It was partly inspired by the work of psychologists at a US university, who developed a VR program to tackle sexual harassment after finding that young women had a stronger reaction to virtual scenarios than conventional role play.

Lee explains: “I think it definitely prepares me better for these various possibilities. It emotionally readies me. I would know what further steps to take. I would know to tell a friend, and get support from the community around me and then go and take further action if it’s necessary.”

“I actually think that it’s (harassment) quite common, just that sadly it has been normalized. When you really go and dissect what people say to you, some of these things are really a bit crass and very inappropriate, and it needs to be acknowledged that it’s not okay to say such things about women’s bodies,” she adds.

The #MeToo movement, sparked in 2017 by revelations of disgraced movie mogul Harvey Weinstein’s sexual misconduct, has since spread around the world.

Weinstein, 68, was jailed for 23 years in March, after being convicted of sexual assault and rape. Similar allegations have rocked key players in almost every industry from Bollywood and the Italian opera to politicians and the tech giants.

Though the movement was slow to spread in Asia, it has gained traction with Japan, India, and South Korea all-seeing high profile cases. 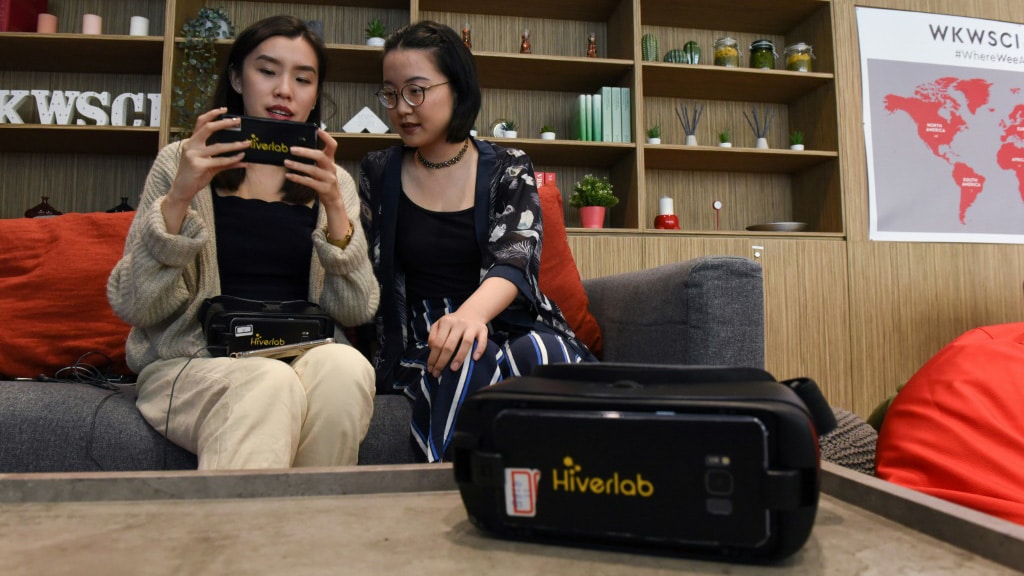 Sexual harassment has been a key issue in Singapore’s university campuses after a student at a top institution took to Instagram to recount a story of being secretly filmed in a dormitory shower, now there are schemes to help women fight back

A YouGov survey found more than a quarter of women in Singapore had experienced sexual harassment but only 56 percent had reported the incidents.

However there is no specific law against it — instead such acts are covered by the Penal Code and the broader Protection from Harassment Act, for which the maximum penalty is usually six months in jail and a $5,000 fine.

And while Singapore is regarded as one of the world’s safest cities with little violent crime, cases of molestation increased more than 15 percent to 1,632 between 2010 and 2019.

Sexual assault involving penetration rose from six cases in 2016 to 13 in 2019, but the number of rapes recorded by the State Court dropped from four to two in the same period. Marital rape was only criminalized in Singapore this year.

Baey’s supporters say her revelations helped break down a wall of silence surrounding sexual misconduct in the socially conservative country.

The 24-year-old, who is studying at the prestigious National University of Singapore, took to social media last year to protest, arguing the male student who filmed her received a lenient punishment.

He was given a 12-month conditional warning by police, made to write an apology letter by the university, and suspended for a semester, according to local media.

Many feel her story has fueled public debate on the issue, while universities have brought in measures to better protect their students.

NTU has introduced a mandatory anti-harassment online module and insisted it is taking a “zero tolerance stance”. The NUS now gives a minimum one-year suspension for serious offences and immediate expulsion for severe cases — previously they had allowed students two strikes before removing them.

Girl, Talk’s VR simulation and other digital campaigns are further breaking taboos and help give women a voice.

Student Chin Hui Shan says: “It made me realize that I face this problem.”