Thailand’s ‘Bad Students’ Get an Education From the Streets 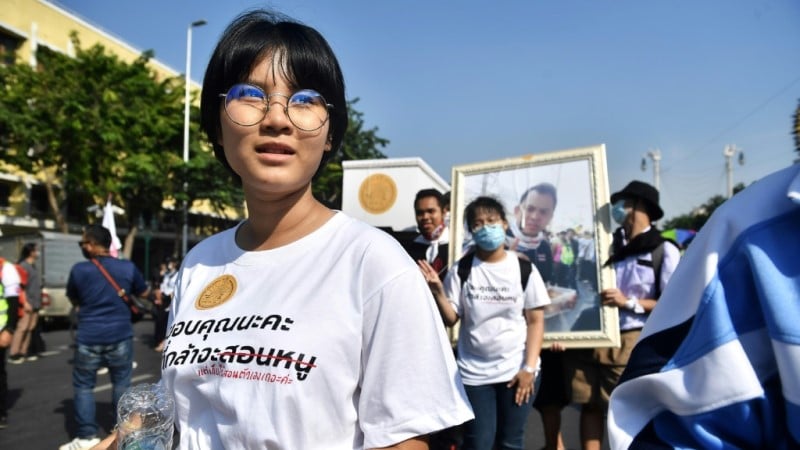 A mild-mannered teenage girl with owl glasses, a bob haircut and daisies painted on her fingernails is not your typical school troublemaker.

But in the eyes of Thailand’s ultra-conservative school system and the kingdom’s justice system, Benjamaporn “Ploy” Nivas has been cast as a rebel for daring to express herself.

“Students should be able to think for themselves and be themselves,” Ploy told AFP during a recent protest at Bangkok’s democracy monument.

The 15-year-old is at the forefront of Thailand’s “Bad Student” movement which is planning a major rally in Bangkok on Saturday. 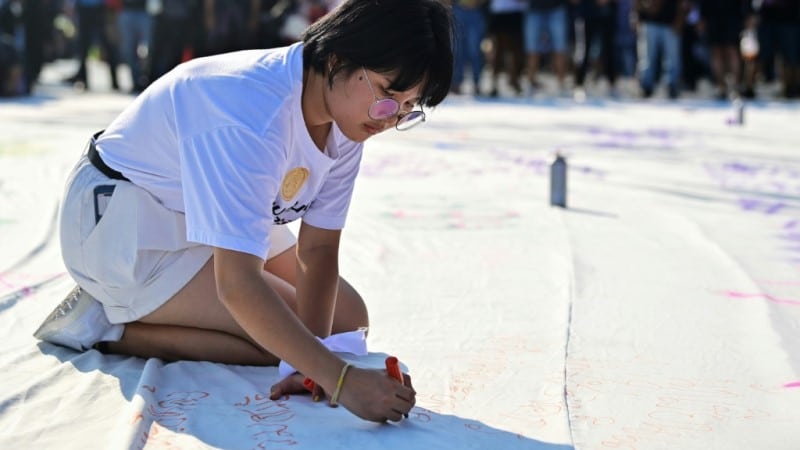 Ahead of the event, officers on Thursday issued her and two male students with a summons to report to a Bangkok police station for questioning.

Thai Lawyers for Human Rights say the trio have brought the tally of juveniles facing prosecution over protest activities in Thailand to four — while overall 175 protesters have been charged with sedition or public assembly offenses.

Thai schools have very strict dress standards, with ponytails and ribbons mandated for girls and military-style crew cuts for boys.

But after years of having rules drummed into them, Ploy and her fellow high school activists have gone rogue, emboldened by the broader political protest movement currently sweeping Thailand.

The students want cultural change, a curriculum overhaul, equality and a relaxation of rigid rules.

“We are brainwashed… as students we are taught not to ask questions, but to study and memorise facts for exams,” she said.

History textbooks are a particular bone of contention in a country which has seen a dozen coups since becoming a democracy in 1932.

School books gloss over events such as the massacre of pro-democracy university students in the 1970s, and instead focus on promoting the work of the monarchy.

The campaign has had a mixed reaction from her teachers.

“If my teachers are on same side with me, the democracy side, they will admire me — but if they want (the status quo) those teachers hate me,” Ploy said. 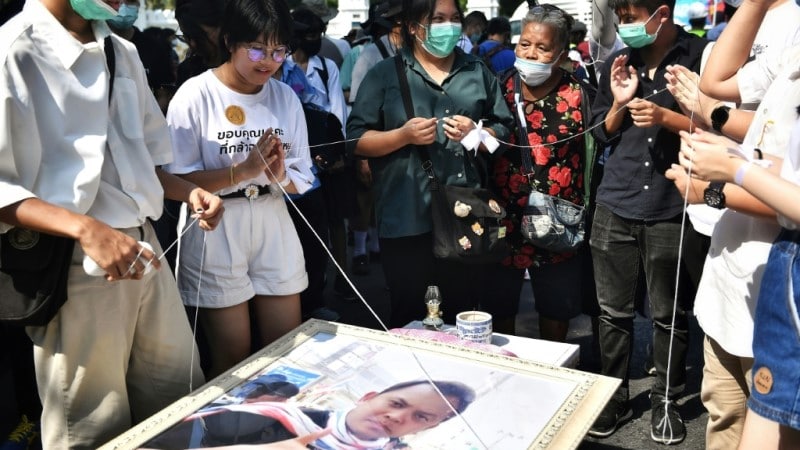 Youth-led pro-democracy demonstrations have rocked Thailand since July, and have for the most part been peaceful.

But at a rally on Tuesday police used water cannons and tear gas on activists, and six people suffered gunshot wounds.

Despite the dangers, Ploy insists protesting is her duty.

“We cannot afford to be afraid of anything, otherwise we cannot change anything,” she said.

Since August, the Bad Student movement has campaigned for the resignation of Education Minister Nataphol Teepsuwan and even staged a mock funeral for him.

There have long been calls to reform the kingdom’s schools but progress has been piecemeal, Pumsaran Tongliemnak, an expert at the state-backed Equitable Education Fund, said.

The Thai government needs to shift its focus from granting access to education to improving its quality, he told AFP, particularly for those who cannot afford expensive private schools.

“The gap between the haves and the have-nots is quite high,” Pumsaran said.

In international assessments, Thai students score lower than the OECD average in maths and science.

They perform particularly badly in reading, and a World Bank report in 2015 noted widespread “functional illiteracy” among students across all types of Thai schools.

The report said problems included chronic teacher shortages, too many under-resourced small schools, and a focus on rote learning.

Corporal punishment is still practised regularly in Thai schools, despite government efforts to ban it.

Teenage girls are the backbone of the Bad Student movement, which Ploy attributes to growing frustrations over the lack of gender equality in Thailand.

“I think that girls and LGBTQ people are suppressed by the patriarchy both at home and at school. This has made me come out to fight for myself and for everyone,” she said. 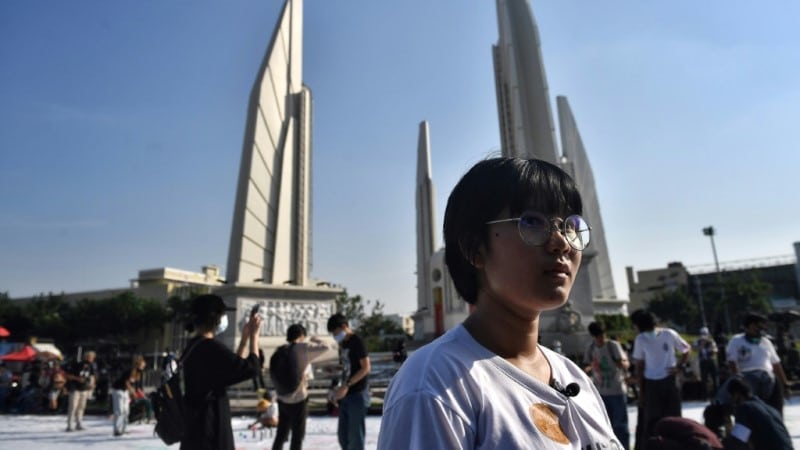 Teenage girls are the backbone of the Bad Student movement, which Ploy attributes to growing frustrations over the lack of gender equality in Thailand

At an early October rally outside a high school in central Bangkok, scores of mostly female students tied white ribbons on the gate.

They covered the student identification numbers embroidered on their uniforms with tape and shielded their faces from the media throng.

A young female student leader made an impassioned speech atop a truck outside the school, demanding respect from teachers instead of “preaching about rules”.

It’s a sentiment that strikes a chord with Vegas, a 16-year-old transgender student forced to change schools because of discrimination and bullying.

Vegas, who declined to give their full name, describes schools as training students to fit in with Thailand’s hierarchical society, rather than challenge or question it.

“Schools are like small dictatorships, with all their rules.”