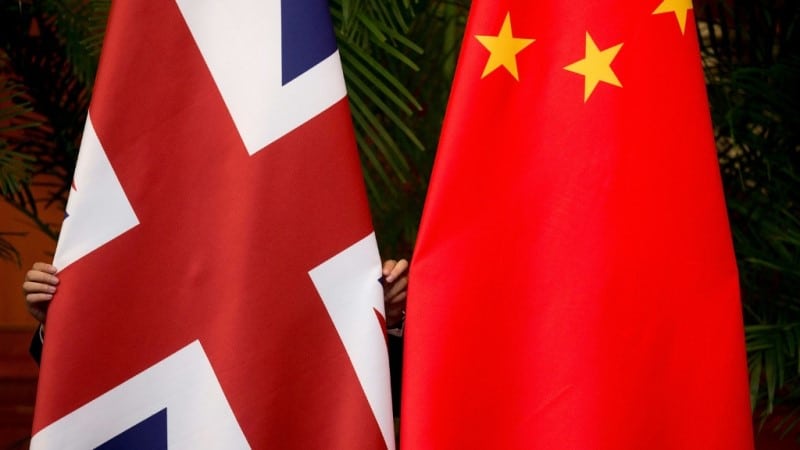 China on Friday said it will “no longer recognize” the British National (Overseas) passport for Hong Kongers, as Britain prepares to offer millions of former colonial subjects a way to escape Beijing’s crackdown on dissent.

From Sunday, those with a BN(O) passport and their dependents will be able to apply online for a visa allowing them to live and work in the United Kingdom. After five years they can then apply for citizenship.

The new immigration scheme is a response to Beijing’s decision to impose a sweeping national security law on the city last year to snuff out huge and often violent democracy protests.

Britain accused China of tearing up its promise ahead of Hong Kong’s 1997 handover that the financial hub would maintain key liberties and autonomy for 50 years. It argues it has a moral duty to protect its former subjects.

But on Friday Beijing hit back ahead of the upcoming change.

“From January 31, China will no longer recognise the so-called BN(O) passport as a travel document and ID document, and reserves the right to take further actions,” foreign ministry spokesman Zhao Lijian told reporters.

While is unclear what China’s declaration means in practical terms, the move sets the stage for further confrontation with London, which said it as “disappointed but not surprised” by the Chinese decision.

“Despite China’s announcement, BN(O)s and their families will be able to use documentation other than BN(O) passports to take up this visa,” the Foreign, Commonwealth and Development Office said in a statement.

“People with BN(O) status now have a choice to come and live, work and study in the UK. We look forward to welcoming those who wish to settle here.”

The threat of further action by China suggests Beijing may be preparing more restrictions for BN(O) holders down the line.

Hong Kong’s government late Friday said the change meant the BN(O) passport now “cannot be used for immigration clearance and will not be recognised as any form of proof of identity in Hong Kong”.

However, few people use BN(O) passports in such a way.

Hong Kongers use their own Hong Kong passport or ID card to leave the city.

To enter mainland China, they need to use their “home return” travel permit.

The only time they might use a BN(O) passport is on arrival into Britain or another country that recognises the document.

“It’s a strong message sent to the UK and other countries not to interfere in Hong Kong affairs, but in practical terms, I don’t think people would be intimidated into not applying,” he told AFP.

“There seems to be no way that the Hong Kong or Beijing authorities can find out who might or might not apply for the BN(O) passport because the British consulate would not reveal their identity,” he added.

How many Hong Kongers will take up the offer remains to be seen, especially as the coronavirus pandemic restricts global flights and mires much of the world, including Britain, in a painful economic malaise.

But a BN(O) passport is available to a huge number of people — about 70 percent of Hong Kong’s total population of 7.5 million.

Applications for BN(O) passports have skyrocketed more than 300 percent since the national security law was imposed last July, with 733,000 registered holders as of mid-January.

On Thursday Hong Kong’s pro-Beijing leader Carrie Lam played down the threat of a mass exodus.

“I just don’t see how 2.9 million Hong Kong people would love to go to the United Kingdom,” she told Bloomberg, using the figure for the number of people eligible for BN(O) status that does not include their dependents.

“The important thing is for us to tell the people of Hong Kong that Hong Kong’s future is bright,” she added.

The BN(O) passport was a compromise with authoritarian China ahead of Hong Kong’s handover.

Many Hong Kongers wanted British citizenship, something Beijing balked at.

So Britain instead allowed anyone born before 1997 to stay in Britain for six months at a time, but with no working or settling rights.

Now it has become one of the few ways out for Hong Kongers hoping to start a new life overseas, as authorities conduct mass arrests against democracy supporters and move to purge the restive city of dissenting views.

by Laurie Chen with Yan Zhao