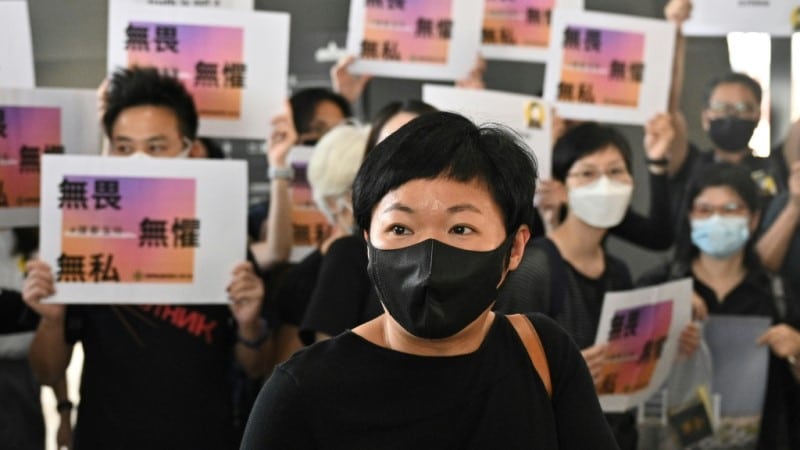 Bao Choy, a Hong Kong journalist who was prosecuted for an investigative documentary, has won an award for that work

A Hong Kong journalist who was prosecuted over investigating an attack on democracy supporters by government loyalists won a prestigious press prize on Thursday, even after her employer backed out of the awards.

Bao Choy, a former producer with Hong Kong’s public broadcaster RTHK, was found guilty last month of “knowingly making a false statement” to access number plate ownership records — a conviction that was decried by media groups as an assault on public interest journalism.

On Thursday, Choy and five colleagues won the Chinese-language documentary award at the annual Human Rights Press Awards for their work “Who Owns the Truth?”.

The awards recognize human rights reporting across Asia and have been running for 25 years. 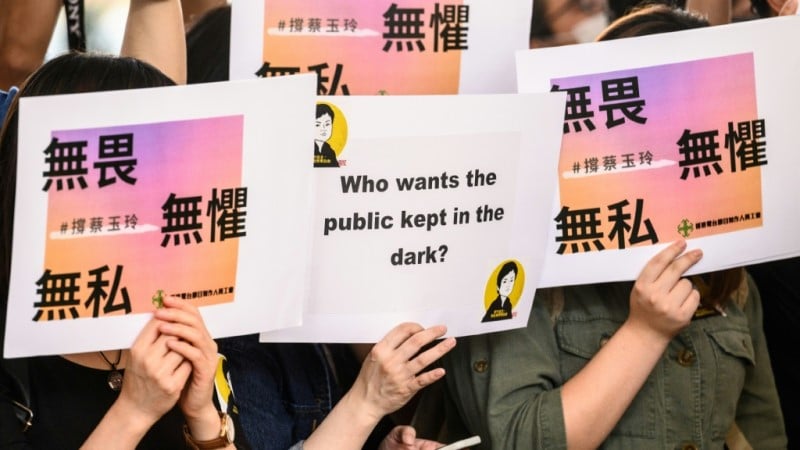 Judges praised the RTHK documentary for “chasing the smallest clues, interrogating the powerful without fear or favour”, and described the 23-minute documentary as “an investigative reporting classic”.

The July 2019 attack in the district of Yuen Long by a gang of men armed with clubs — and the police’s failure to respond quickly enough — was a turning point in the huge and often violent pro-democracy protests that year, further hammering public trust in the police force and city leaders.

It uncovered new details about the alleged attackers, some of whom have links to politically influential rural committees that support Beijing.

It also said that police failed to respond to the build-up of stick-wielding men, ferried into the district by specific vehicles that evening hours before the attack.

Police have rejected any accusation their officers failed the public that night and senior officers have since sought to recast the ambush as an evenly matched melee between two opposing sides.

Beijing has made no secret of its desire to see Hong Kong’s critical media tamed and the city has slid down press freedom rankings in recent years.

RTHK has found itself a government target. Authorities have ordered an overhaul of the broadcaster, including the recent appointment of a career civil servant as its new head who has since pulled multiple shows for “one-sided views” and “inaccuracies”.

RTHK suspended Choy after her November arrest and did not contribute to her legal defense.

It also announced it had withdrawn from all press award entries but many award organizations, including HRPA, declined to accept the withdrawal.

“During the transition period, RTHK decided not to nominate programs for awards, would also withdraw their entries from those competitions, and would not accept related awards,” a spokesperson said Thursday.

The station’s Twitter account — which has developed an irreverent outspokenness under the new management — hinted at disquiet within the newsroom.

“#RTHK picks up more prizes, despite management’s best efforts,” the account wrote. “Bao Choy and Nabela Qoser, who’ve both been given their marching orders, are recognized in this year’s Human Rights Press Awards.”

Earlier this week, RTHK fired reporter Nabela Qoser who had become famous for her aggressive questioning of officials at press conferences.

A report she helped produced on the policing of protests won a commendation in the same category as Choy.