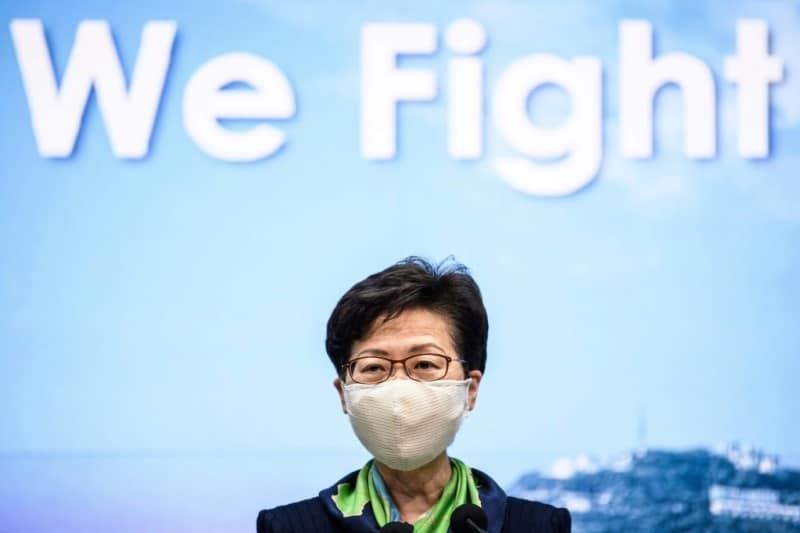 Hong Kong’s leader says using her credit cards had been “hampered” by the United States slapping sanctions on her in response to a sweeping new security law in the financial hub.

Chief Executive Carrie Lam was personally targeted, along with 10 other senior city officials, in the toughest US action on Hong Kong since Beijing imposed the new law on the territory in late June.

The move by Washington freezes the American assets of the 11 officials and criminalizes any financial transactions in the US.

The US Treasury Department said Lam was sanctioned because she is “is directly responsible for implementing Beijing’s policies of suppression of freedom and democratic processes”.

Lam told Chinese state media that although the measures are “really meaningless” for her, she now has problems paying by plastic.

“Of course it will have a little bit of inconvenience here and there, because we have to use some financial services and we don’t know whether that will relate back to an agency that has some American business — and the use of credit cards is sort of hampered,” she told state broadcaster CGTN in an interview posted late Monday.

Following the announcement of the sanctions on August 7, US Secretary of State Mike Pompeo said they sent a “clear message” that the actions of the authorities in Hong Kong were “unacceptable”.

Pompeo said China’s security law violated promises made by China before Britain handed back the territory in 1997.

But Lam said in the interview: “All this is part of a ploy of the US administration for their self-serving interest.”

The embattled 63-year-old on Saturday said she had returned her honorary fellowship to Wolfson College in Cambridge following a row over whether the Hong Kong’s academic freedoms are being suppressed.

Lam said she was “deeply disappointed by the college smearing a person on the basis of hearsay instead of facts” after the English college started looking into the state of academic liberty in Hong Kong.