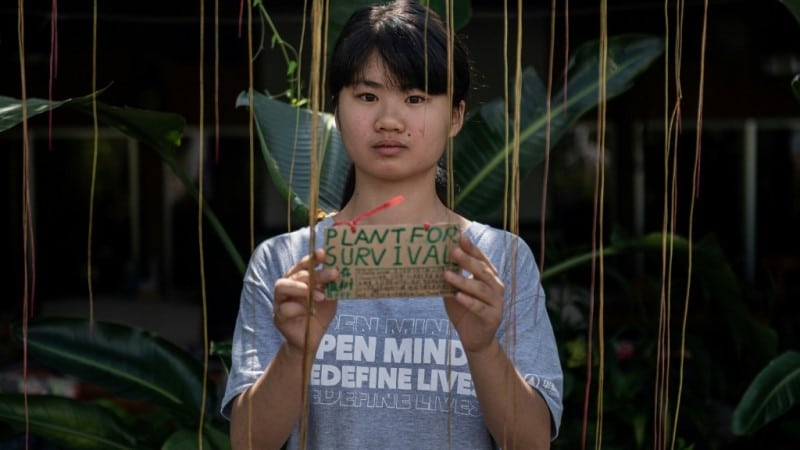 Young environmental activists around the world have skipped school to attend marches in protest at global inaction over climate change.

But in China, grassroots social movements are heavily suppressed by the government, and the movement is severely lacking in participants.

It has changed Ou’s life though. She was inspired by Swedish teenage climate campaigner Greta Thunberg, and held her own week-long solo protest in May last year outside her local government buildings, gaining international recognition. 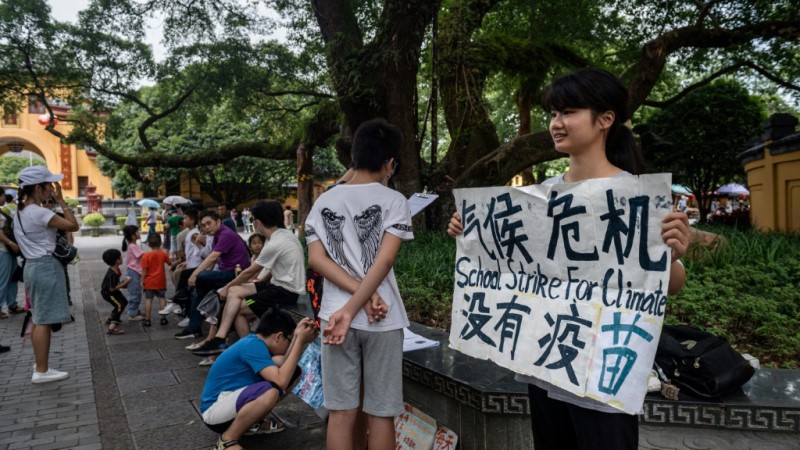 “The climate emergency is the biggest threat to the survival of mankind. I feel anxious every day about the climate and the extinction of animal species,” said Ou, an intense figure who speaks in a fast monotone, reeling off a trove of scientific data from memory.

“I feel like we’re all on a sinking ship but everyone is still eating, drinking and being merry.”

While Thunberg has addressed global leaders at the UN Climate Action Summit and received awards for her work, the Chinese activist has been kicked out of school for refusing to give up her campaigning.

Known as Ou Hongyi in China, she has also faced run-ins with police, family pressure, and harsh online criticism.

But the teenager says it is her “life mission” to sound the alarm before it is too late.

She told AFP that although she “wasn’t scared of the police”, her parents were under pressure from authorities.

“After I was interrogated by the police, my parents tried to stop me by all means, such as by keeping me at home, not letting me accept interviews or take part in the climate movement, and searching my electronic devices,” she said.

“One day I argued with them for eight hours. I found it very difficult and painful.”

After her protest outside the government offices, she started planting trees in the surroundings of Guilin, the southern Chinese city where she lives, and studied methods of non-violent protest, poring over the works of Mahatma Gandhi.

She has also tried to recruit more young people to join her cause, but most of the time she is a lone figure, carrying hand-painted placards as people walk by, oblivious. 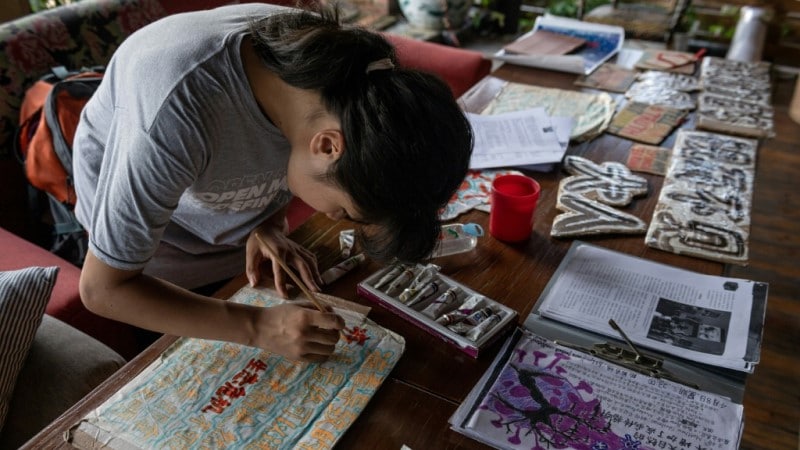 Ou paints signs and placards at her hostel in Guilin. Last summer she traveled solo around China meeting with environmental NGOs and activists but says many had little understanding of the climate crisis

As her campaigning attracted more attention, Ou chose to move out of her family home — highly unusual for a minor in China — and now lives alone at a hostel in Guilin.

Her parents worry about her safety, and her father is anxious that she may be lagging behind her peers due to start university.

“I don’t see a future for her if she stays on this road,” her father, who did not wish to be named, told AFP.

“I warned her never to oppose the government and the Party in her activism.”

Ou, however, insists she is not trying to go against authorities, and sees it instead as “a question of morality”. 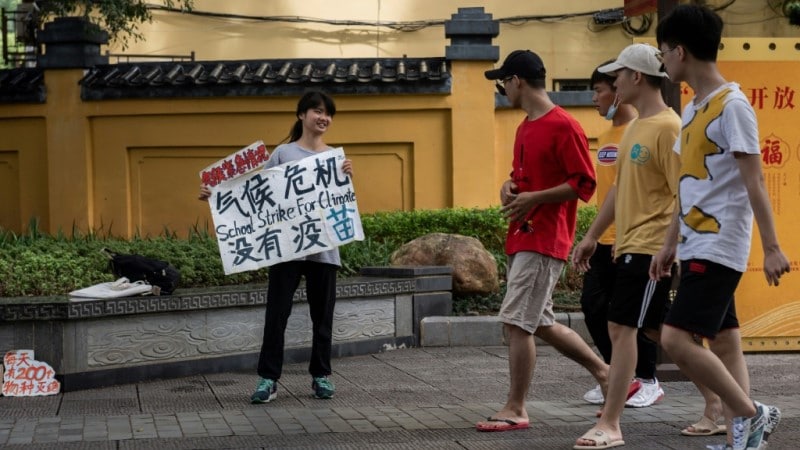 Ou believes the Chinese public are either ignorant or dismissive of the climate crisis, but she still hopes to build a youth movement, like her idol Thunberg

Ou has thousands of followers on social media but has struggled to find wider support within China. Last summer she traveled solo around the country on a shoestring, meeting with environmental NGOs and activists.

But she says many had little understanding of the climate crisis — and the journey formed the loneliest period of her life.

“I didn’t know the way and didn’t know what kinds of people in China would support me… I felt like I was in a very open and empty place, isolated and cut off from support,” she recalled.

Then last October, she faced criticism from millions online when a German media interview with her went viral on Chinese social media.

Many accused her of attention-seeking and “armchair activism”, while others made unflattering comparisons to Thunberg, who is a frequent object of ridicule on the Chinese internet. 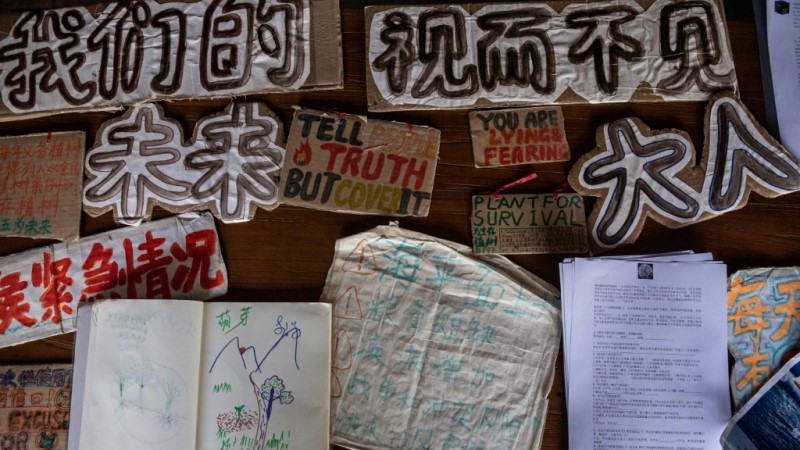 She avoided social media for several months after that.

During the hardest moments, Ou says she drew comfort and strength from the spectacular natural scenery in her hometown — something she has enjoyed since childhood.

“My reconnection with nature helped me to see my own value,” she said.

Ou believes the Chinese public are either ignorant or dismissive of the climate crisis, but she still hopes to build a youth movement, like her idol Thunberg.

“There are many young Chinese people who may only need a bit of encouragement to bravely step forward. But if my voice does not reach them… we can’t unite,” she said.

“So right now I am trying my hardest to make sure my voice gets heard.”