Hong Kong Loses US ‘Special Status’ – What Next? 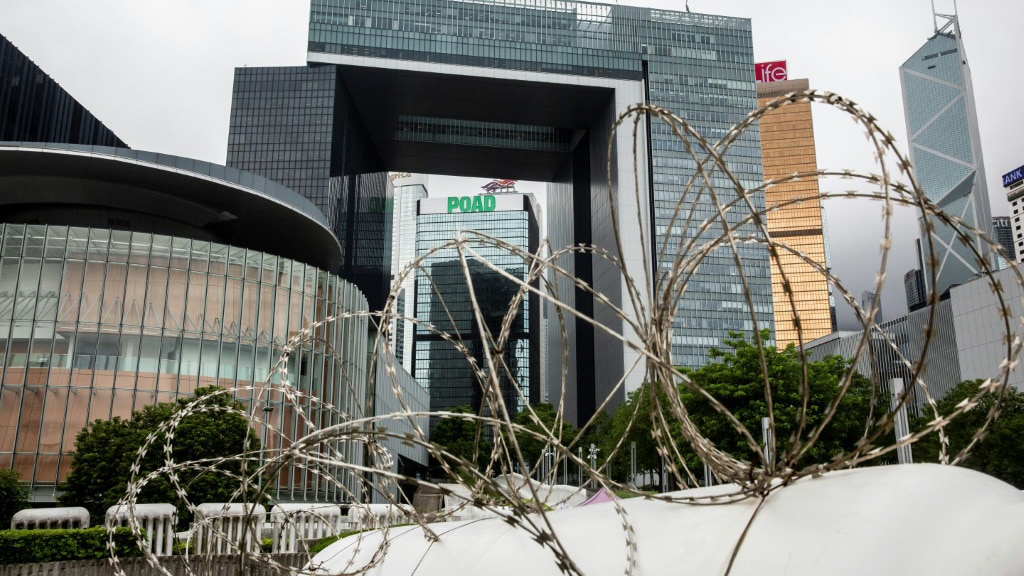 In the run-up to Britain returning Hong Kong to China in 1997, a ‘one country, two systems’ deal was forged

Washington’s declaration that Hong Kong is no longer sufficiently autonomous from China is a historic moment with potentially far-reaching consequences for the finance hub — though much will depend on what President Donald Trump does next.

The revocation of special status could radically rearrange the fortunes of a city that has served for decades as China’s economic gateway to the world if targeted sanctions, tariffs or trade restrictions are imposed.

But it may also end up being little more than a symbolic move.

What is Hong Kong’s Special Status?

In the run-up to Britain returning Hong Kong to China in 1997, a “one country, two systems” deal was forged to allow the city to maintain certain freedoms and autonomy for 50 years.

Those liberties included a free market economy, an independent judiciary, free speech and a local legislature.

As a result many countries, including the United States, brought in laws that allowed them to treat Hong Kong as a separate trade entity to the authoritarian and economically restrictive mainland.

The arrangement turned Hong Kong into a world-class financial center on a par with London and New York.

Reciprocal visa-free travel deals, a currency pegged to the dollar, the world’s fourth-largest stock exchange as well as friendly laws, taxes and legal protections all helped grease the wheels of business.

If Washington opts for hardline measures it would risk “all of the financial connectivity that China has to the free market”, according to Robert Spalding, a US-China expert at the Hudson Institute.

“Once that goes away, stocks, bonds, financial transactions, SWIFT, all of that is imperiled,” he told Bloomberg News. 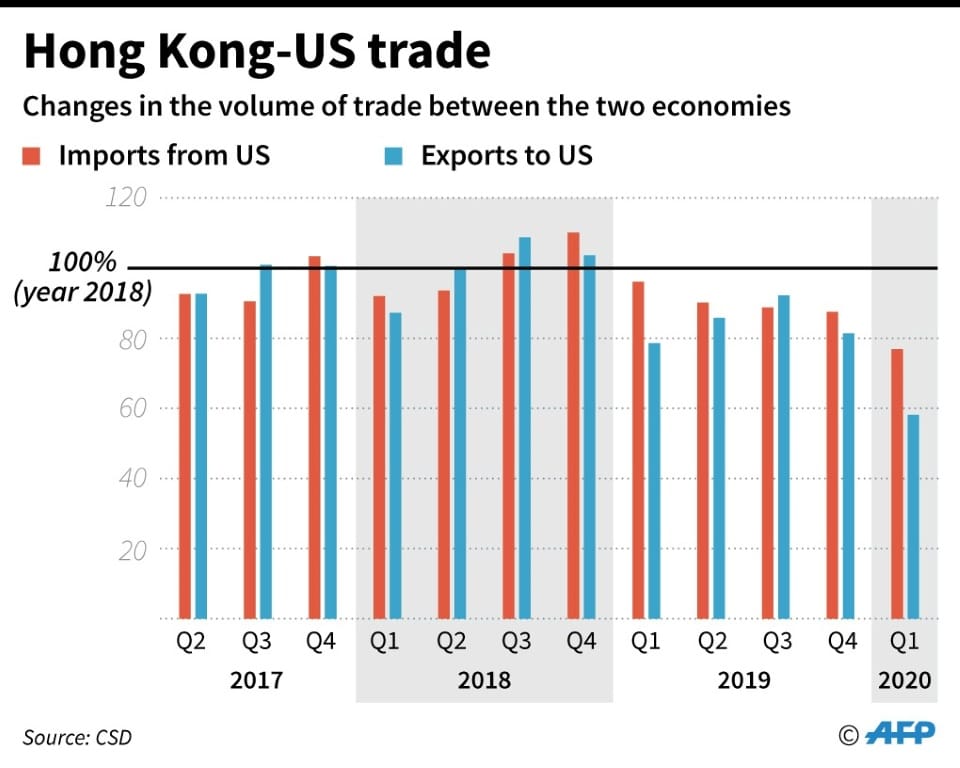 Analysts say the ball is now in Trump’s court.

Julian Ku, an expert on international law at Hofstra University, says the president has “lots of flexibility”.

“He can alter Hong Kong’s tariff treatment to make it the same as China’s, or he could alter its treatment under export control laws to make it harder to export high tech… or he could do both,” he told AFP.

But Ku believes a gentler approach is more likely.

“I expect him to take some major steps that would show China he is serious, but not to change every US law that applies to Hong Kong,” he said.

“I expect he would hold back on some matters so that he can offer China a chance to back down.”

David Stilwell, the top State Department official for East Asia, told reporters the steps will be “as targeted as possible to change behavior,” while acknowledging it was unlikely Beijing would change course.

How did This Come About?

The decision by Secretary of State Mike Pompeo on Wednesday was sparked by growing fears that Beijing is prematurely stamping out freedoms.

Of most concern is a plan by Beijing to impose a sweeping national security law on the trade hub after months of pro-democracy protests last year.

The crackdown on those protests sparked rare bipartisan support in Washington with lawmakers last year passing a bill punishing China.

One of the provisions in that bill was for the State Department to certify each year whether Hong Kong maintains enough autonomy from China to justify its special trade status.

“No reasonable person can assert today that Hong Kong maintains a high degree of autonomy from China, given facts on the ground,” Pompeo said.

Is This the End of Hong Kong Inc?

Trump has taken a hardline against Beijing on trade but shown little interest in human rights and spoken warmly of his Chinese counterpart Xi Jinping.

He is also reluctant to jeopardise his trade agreement with China as he seeks re-election in November.

American businesses could be hit hard by moves to economically punish Hong Kong.

According to the Congressional Research Service, nearly 300 US companies have a regional headquarters in the city, while 434 that have regional offices.

But attitudes towards China are hardening within the Trump administration, especially after the coronavirus pandemic.

But it is less pivotal than it used to be — last year 12 percent of China’s exports went to or through the city, down from 45 percent in 1992.

Steve Tsang, a China expert at the University of London’s SOAS, said the US move is unlikely to make Beijing think twice.

“I believe Xi will double down and retaliate instead,” he told AFP.

“The escalation may, however, stop at some point, as I doubt that both sides want unlimited escalation at this stage.”