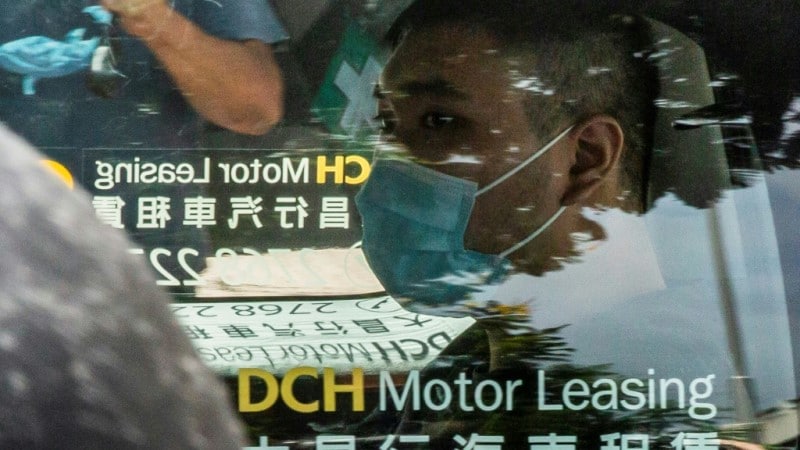 Waiter Tong Ying-kit (pictured on July 6, 2020) is the first person to be convicted and jailed under a new national security law Beijing imposed on Hong Kong

A Hong Kong waiter was jailed for nine years on Friday after he became the first person convicted under a sweeping new national security law that Beijing imposed on the city to stamp out dissent.

Tong Ying-kit, 24, on Tuesday was found guilty of terrorism for driving a motorbike into three police officers, and secession for flying a protest flag during a rally on July 1 last year, the day after the security law was enacted.

The trial was a watershed moment that laid down a new marker in the city’s changing legal landscape and confirmed that certain outlawed political slogans now carry lengthy jail terms.

The flag Tong flew read “Liberate Hong Kong, revolution of our times”, a ubiquitous chant during the huge and often violent pro-democracy protests two years ago. 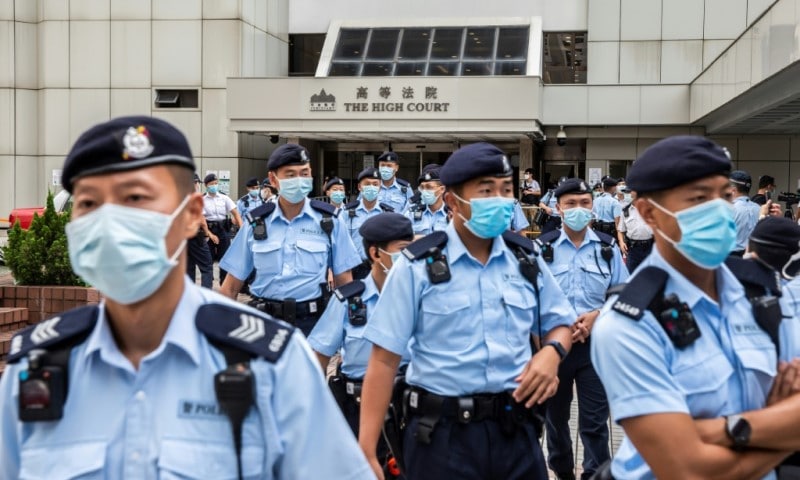 His trial was heard without a jury — a significant departure from Hong Kong’s common law tradition — and was decided by three judges handpicked to try security crimes.

Those judges ruled that Tong driving his bike into police met the bar for terrorism while the flag he flew was capable of “inciting secession”.

They sentenced him to a total of nine years, saying his offences were of a “serious nature” but were “not the worst case of its kind”.

One of the lawyers, Lawrence Lau, read out a statement from Tong.

“Time travels fast,” it said. “I thank you for all your support and concern.”

The trial has profound implications for future national security cases, which can carry up to life in jail.

More than 60 people have been charged under the law, including some of the city’s best-known democracy activists such as Jimmy Lai, owner of the now-shuttered Apple Daily newspaper.

Most are now in jail awaiting trial. 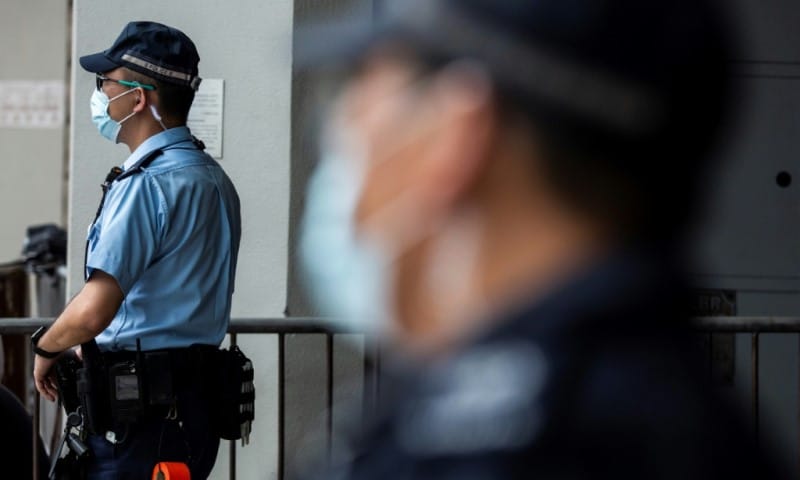 China is currently remolding Hong Kong in its own authoritarian image in response to 2019’s protests.

The security law has criminalised much dissent and authorities have embarked on a campaign to root out anyone deemed unpatriotic.

Tong’s sentencing came after a frenetic few days of activity by police and the courts that illustrates the breadth of that campaign.

Hours before Tong’s jailing, Chow Hang-tung, a barrister and democracy activist, appeared in court to plead not guilty to a charge of encouraging Hong Kongers to mark the anniversary of Beijing’s deadly Tiananmen Square crackdown.

“Mourning is not a crime. I plead not guilty,” she told the court.

At a separate court hearing across town, law professor Benny Tai — a key leader of democracy protests back in 2014 — was facing new charges brought by the city’s anti-corruption watchdog.

Tai, 57, has been jailed multiple times for his involvement in pro-democracy causes and is currently in detention on national security charges.

And in another court, radio talk show host Tam Tak-chi was partway through a trial for sedition in the first use of the colonial-era law since the city’s 1997 handover by Britain to China.

Tam was hit with sedition charges for a number of slogans he used last year, including “Liberate Hong Kong, revolution of our times”.

On Friday, police also announced they were investigating Olympics fans who booed China’s national anthem and drowned it out with chanting during a public screening at a mall on Monday.

Officials also said a teenager and a 26-year-old man had been arrested for “criminal intimidation” over Facebook posts urging consumers to boycott advertisers of a local news channel considered pro-government by many democracy activists.

by Su Xinqi and Louise Delmotte