7 of The Finest Asian Films at the Cannes Lineup 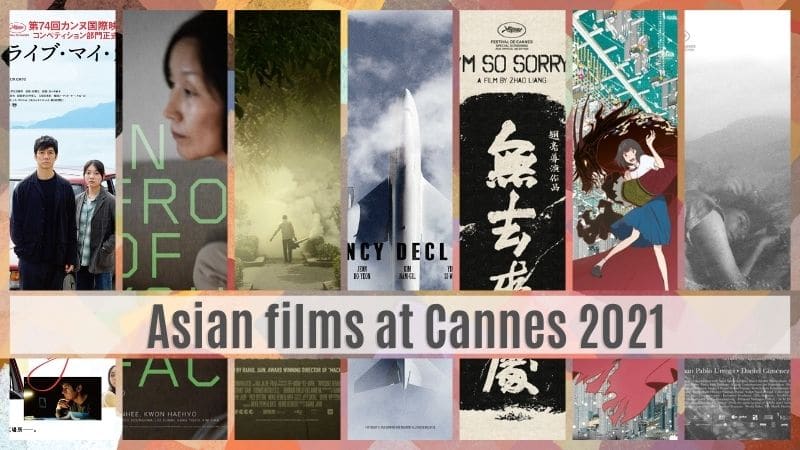 This year, the Cannes Film Festival welcomed several films from Asia. Marking a major comeback for the film industry after the pandemic, this year’s Cannes festival showcased films that show promise in the upcoming awards season.

With many movies and film festivals canceled or shifted on the online space due to the pandemic, it’s safe to say that lockdown and travel restrictions have brought a toll on the film industry.

Recently, the highly-anticipated Cannes Film Festival made a comeback, and by the looks of it, a number of Asian films are among those that made a huge impression on the audience. We’ve gathered some of our favorite Asian films that are heavy favorites in the festival.

Directed by Ryusuke Hamaguchi, Drive My Car was heavily inspired by writer Haruki Murakami’s short story from his collection Men Without Women. The three-hour-long movie centers on the protagonist Yūsuke Kafuku played by Hidetoshi Nishijima, a widowed actor who needs a driver. Much to his surprise, his mechanic recommended a 20-year-old girl for the job. While the two didn’t share great first impressions, their special relationship developed throughout the movie.

In Front of Your Face

The 11th Cannes entry of Sang-soo Hong, this drama revolves around a former actress who returns to Seoul to live with her family. Then, she meets a director and hopes to return to the acting industry.

Song is one of Korea’s most successful auteurs and is one of the 10 filmmakers that were featured in the Premieres section of the festival – a new category aimed to showcase films by established directors.

Directed by Han Jae-rim, this film will give its audience a much-needed dose of thrill and action. The movie centers on a disaster in a mid-flight airplane as it heads to Hawaii. The film stars Song Kang-ho who previously appeared in Parasite, and it is part of Cannes’ out-of-competition section.

Invisible Demons is Rahul Jain’s Cannes debut. This documentary is part of the cinema for Climate section, as it looks at the devastating impacts of pollution, global warming, and climate change on the residents of New Delhi. The movie was written within 100 days in 2018 and was shot in the same timeframe the following year.

Made by multimedia artist Zhao Liang, this documentary shows how dangerous nuclear power is. It features nuclear power stations in Germany, Japan, and Ukraine, among many others. This is not Zhao’s first foray into making a documentary. The artist is also behind award-winning films like Petition, which appeared at Cannes before. The documentary is part of Cinema for the Climate.

Another film from Japan that made rounds in this year’s Cannes Festival is Belle. Anime fans surely know Mamoru Hosada’s name and this is his newest animated feature after his 2018 Cannes entry Mirai. Belle is the third animation movie for Cannes this year, in addition to The Summit of the Gods and Where Is Anne Frank.

The animated film is about Suzu, a normal teenager who lives in a small town in Japan with her father. But in a virtual world called U, Suzu is known as Belle, a musical artist that has billions of fans. According to the director, Belle is the film he has always dreamt about creating.

Directed by Apichatpong Weerasethakul, the hopes are high for Memoria. Weerasethakul is no stranger to international festivals. In fact, he previously won the Palme d’Or, the highest award in the festival, for his film Uncle Boonmee Who Can Recall His Past Lives in 2010. This is Weerasethakul’s third entry for Cannes.

Memoria stars Tilda Swinton as Jessica, a woman traveling across Bogota, Colombia. After being shocked by a loud sound, she tries to find out where it came from. This film is an international collaboration that involves 10 production companies from China, Thailand, Colombia, and more.