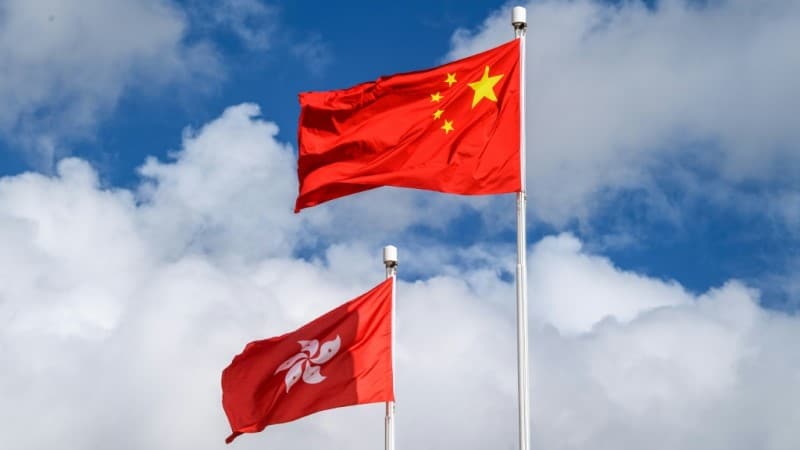 Until recently, Washington had treated imports from Hong Kong differently to goods from mainland China

Last month, President Donald Trump retaliated to Beijing’s imposition of a tough new security law in Hong Kong by removing special trading privileges for the financial hub, which in 2018 sold goods worth $6.3 billion to the United States.

Among the biggest categories of these imports were electrical machinery, precious metals and stones, and plastics.

“Hong Kong enjoys the unique status as a separate customs territory… which is not granted nor can be revoked by any other country,” the city’s government said in the statement.

The new rule comes at a time of rapidly deteriorating relations between China and the US — although fears the world’s two biggest economies could renew their damaging trade war were tempered by weekend talks to renew a January tariffs pact.

Until recently, Washington had treated imports from Hong Kong differently to goods from the rest of China, in recognition of the city’s semi-autonomous status.

However, after Beijing imposed the security law in June to quell last year’s huge and often violent pro-democracy protests, Trump vowed that this would change.

The customs document said the move was in accordance with an executive order made by Trump last month, “due to the determination that Hong Kong is no longer sufficiently autonomous to justify differential treatment in relation to China”.

A 45-day grace period would be granted to importers following the announcement to allow them time to ensure no goods were marked “Made in Hong Kong”, it added.

The United States last week imposed sanctions on a group of Chinese and Hong Kong officials — including city leader Carrie Lam — in response to the crackdown.

China condemned the sanctions as “barbarous” and imposed retaliatory sanctions on some senior American politicians and leading human rights campaigners.