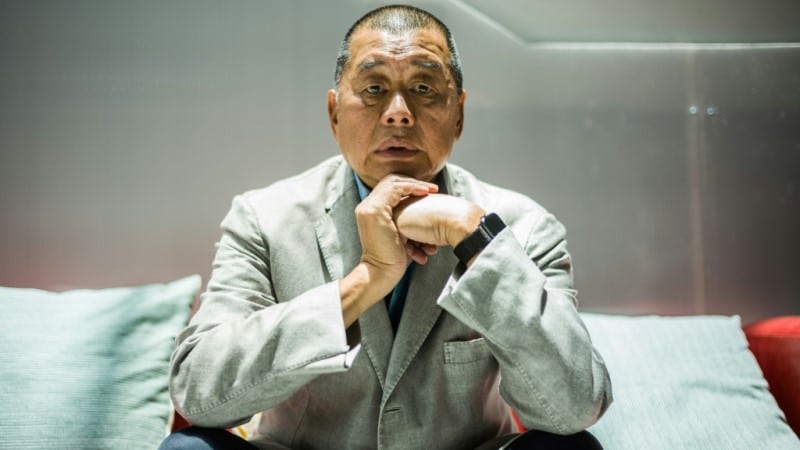 A rags-to-riches millionaire, media tycoon Jimmy Lai is a self-styled “troublemaker” who has been a thorn in Beijing’s side for decades thanks to his caustic tabloids and unapologetic support for democracy.

Lai’s arrest on Monday under a new national security law Beijing imposed on Hong Kong will come as little surprise to observers, including the publisher himself, who said he knew he would be a prime target.

“I’m prepared for prison,” the 71-year-old told AFP from the offices of Next Digital, Hong Kong’s largest and most rambunctiously pro-democracy media group, in an interview two weeks before the security law was enacted on 30 June. 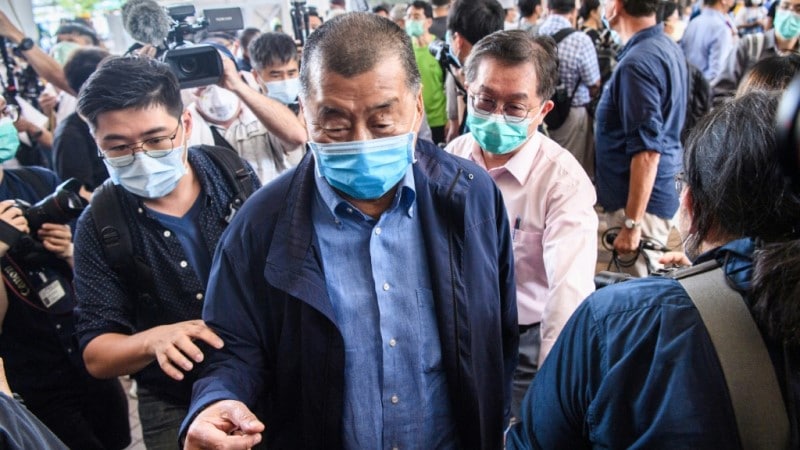 For many residents of the semi-autonomous city, he is an unlikely hero — a pugnacious, self-made tabloid owner and the only tycoon willing to criticise Beijing.

But in China’s state media he is a “traitor”, the biggest “black hand” behind last year’s huge pro-democracy protests and the head of a new “Gang of Four” conspiring with foreign nations to undermine the motherland.

Like many of Hong Kong’s tycoons, Lai rose from poverty.

He was born in mainland China’s Guangdong province into a wealthy family but they lost it all when the communists took power in 1949.

Authorities began closing his mainland clothing stores, so Lai sold up and ploughed the money into a tabloid empire.

Asked why he didn’t just keep quiet and enjoy his wealth like Hong Kong’s other tycoons, Lai replied: “Maybe I’m a born rebel, maybe I’m someone who needs a lot of meaning to live my life besides money.” 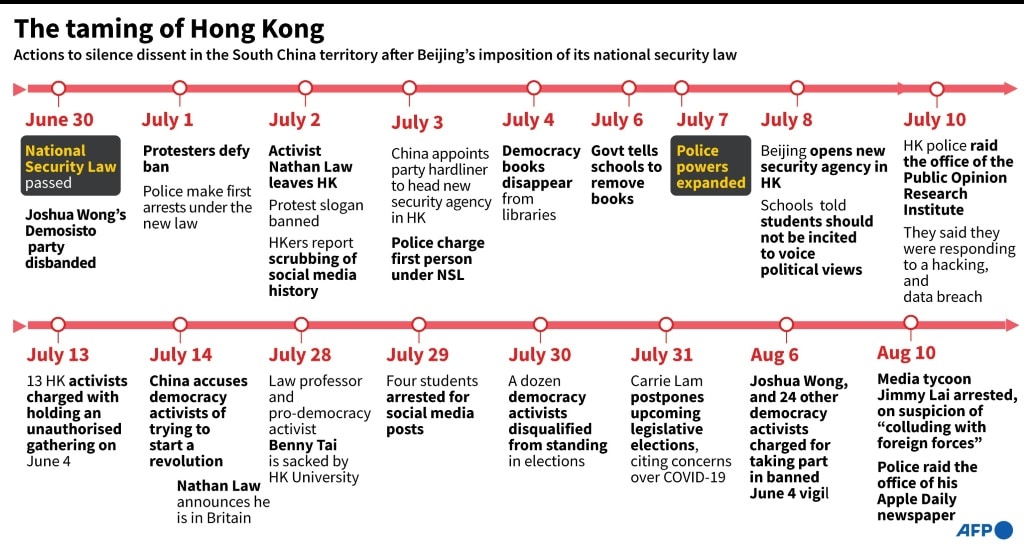 Lai is no stranger to arrest.

Along with dozens of prominent pro-democracy activists, he is facing separate prosecutions both for taking part in last year’s protests and for defying police to attend a banned Tiananmen vigil on June 4.

Before the new security law was passed, Chinese state media often accused him of colluding with foreigners, especially after he had a meeting last year with US Secretary of State Mike Pompeo and Vice-President Mike Pence.

During AFP’s interview Lai described the proposed security law as “a death knell for Hong Kong”.

He also feared for his journalists.

“Whatever we write, whatever we say can be subversion, can be sedition,” he predicted.

His two primary titles — the Apple Daily newspaper and the digital-only Next magazine — openly back democracy protests in a city where competitors either support Beijing or tread a far more cautious line.

Lai said he was determined to stay in Hong Kong even once the security law came in.

“The only thing we can do is persist, not to lose spirit or hope,” he said. “And to think that what is right will eventually prevail.”

Asked why he risked both his wealth and freedom by criticising Beijing and publicly supporting Hong Kong’s democracy movement, he replied: “I’m a troublemaker.

“I came here with nothing, the freedom of this place has given me everything. Maybe it’s time I paid back for that freedom by fighting for it.”