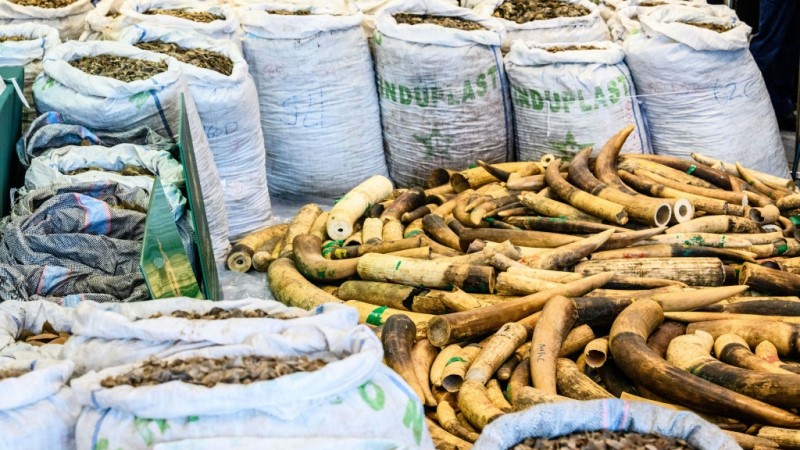 With its busy port and transport links, Hong Kong has been thriving as a major transit point for illegal parts of endangered animals like elephants, rhinos and pangolins

Hong Kong passed a new law on Wednesday that classifies wildlife trafficking as an organized crime issue, a move welcomed by conservationists because it will give law enforcement wider powers to combat the trade.

With its busy port and transport links, Hong Kong has been thriving as a major transit point for illegal parts of endangered animals like elephants, rhinos and pangolins — most of it headed for consumers in mainland China.

On Wednesday lawmakers added illicit wildlife smuggling to the city’s Organized and Serious Crimes Ordinance, putting the trade on a par with drug and human trafficking.

The law, initially designed to combat the city’s triad organized crime gangs, contains wide investigatory powers for the police and heavier sentences for those convicted.

Courts also have broader powers to confiscate the proceeds of organized crime.

Wildlife seizures have reached new peaks in the past two years, including a record 8.3 tonnes of pangolin scales as well as 2.1 tonnes of ivory, according to a legislative filing.

But arrests of those who really benefit from the lucrative trade are rare.

A university study released last year found no wildlife traffickers have ever been prosecuted for money laundering related offenses and no syndicates indicted for wildlife smuggling.

That study cited the failure to classify wildlife trafficking as organized crime as a major reason for the lack of convictions.

“Traffickers exploit the Hong Kong Ports for continuous trade of the world’s most endangered species of wild fauna and flora. The volume of trade is on the rise, contributing to the global extinction crisis,” she said.

“The amendment to the legislation is beneficial to collecting evidence for prosecutions in a bid to enhance the deterrent effect for the effective tackle of smuggling activities.”