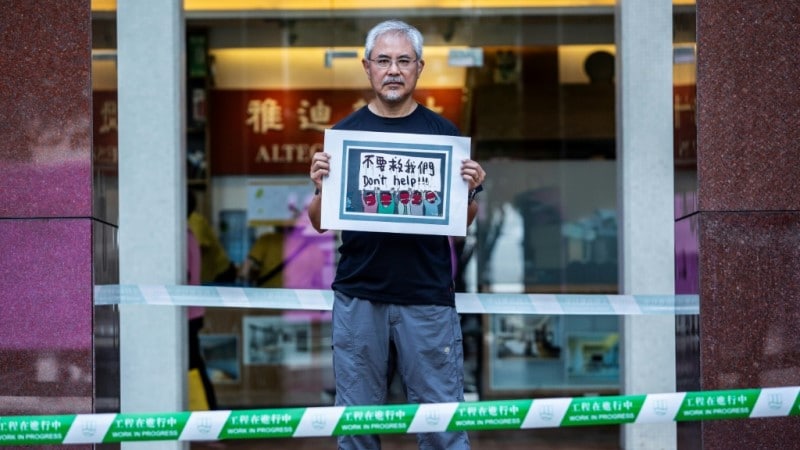 Wong Kei-kwan, one of Hong Kong’s most prominent political cartoonists, says Beijing is determined to stamp out comedic dissent

For a man whose career has revolved around making people laugh, Ng Chi-sum had little to smile about on Friday night.

Huddled around a television in a darkened studio, the comedian and a handful of colleagues watched the final episode of their satirical news show “Headliner” go live.

The program came to a close after a rebuke from regulators over a recent episode lampooning the police that prompted public broadcaster RTHK to end its 31-year run, pending a review of all future satirical line-up. 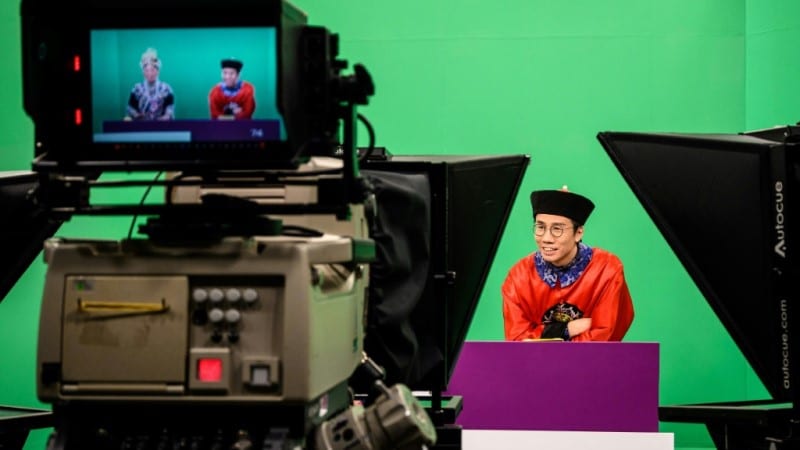 Hong Kong has a rich tradition of ridiculing the powerful, aided by Cantonese, a language often riotously colorful in its insults

Ng said he and the team had ultimately become victims of China’s stated determination to restore order and instill patriotism in the semi-autonomous city.

“In this huge storm, ‘Headliner’ is just a small stone that has been washed away,” he said after the final show aired, still dressed as a Qing dynasty empress, a character he frequently used to ridicule Hong Kong leader Carrie Lam.

“But there are larger waves coming and the rest of the news industry must get prepared.” 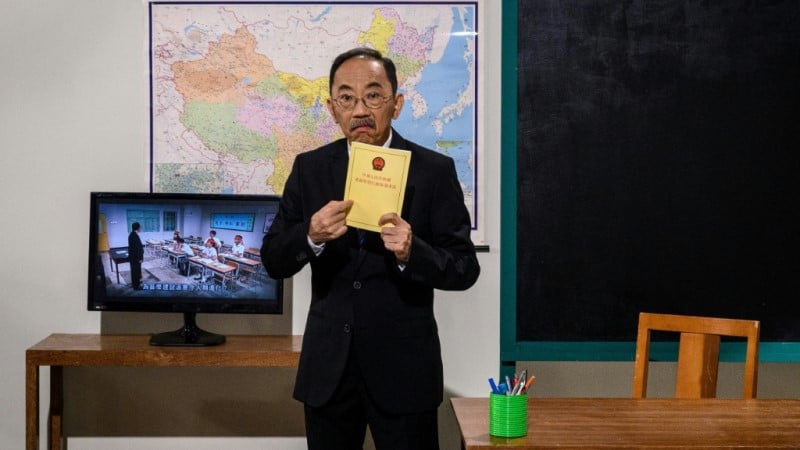 The law, which will bypass the city’s legislature, will criminalize subversion, secession, terrorism and colluding with foreign forces.

China will set up a “national security agency” within Hong Kong to “supervise” the prosecution of offenders, ending the tradition of local police and prosecutors having full jurisdiction over the city.

But critics fear an end to Hong Kong’s liberties given how similar national security laws are routinely used to crush dissent on the Chinese mainland.

“Now it feels like we are facing a major cleansing,” Wong Kei-kwan, one of the city’s most prominent cartoonists, told AFP.

Ridicule of the powerful is ingrained in Hong Kong’s culture, aided by Cantonese, a language often riotously colorful in its insults.

But that is something Wong, who uses the nom de plume “Zunzi”, believes Beijing is determined to stamp out.

“Jokes can be very dangerous,” he said. “The powerful try to justify and deify themselves, to make the masses believe there is no one else but them to follow. Jokes can quickly pierce through all this and nail the lies. They can drag the powerful down from their thrones.”

The sudden downfall of “Headliner”, he feels, was a canary in the coal mine moment for Hong Kong.

“It felt as if they stepped on a landmine and got blown up,” he said of the production team. 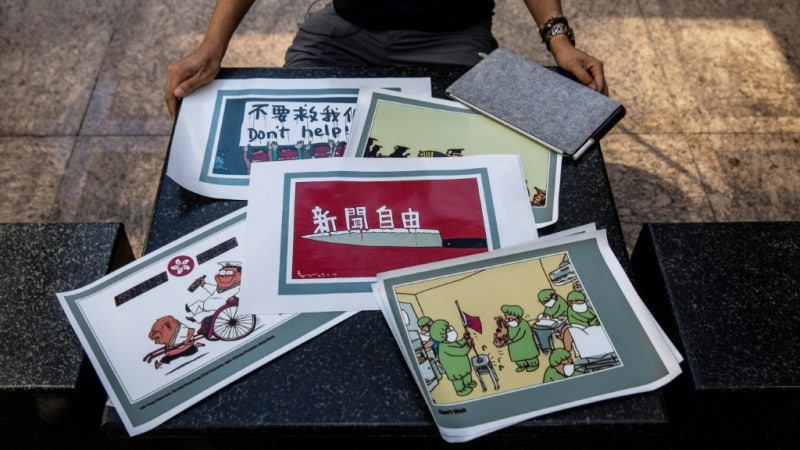 Enemies of the People

Insiders at RTHK say journalists are already feeling pressure to change how they cover politics.

Last month the government formed a taskforce to review the broadcaster’s management and editorial output after pro-Beijing figures accused it of being too sympathetic to pro-democracy protests.

Gladys Chiu, head of the RTHK Program Staff Union, said senior management recently issued detailed new advice on how to cover the protests, including not zooming in too closely on flags from other countries or banners promoting independence for Hong Kong.

Reporters were also advised “not to repeat the slogans chanted by protesters”, she told AFP.

In a statement, RTHK confirmed a meeting on the issue took place and said the broadcaster “should not be used as a platform to advocate Hong Kong independence”.

Expressing anti-government views has become increasingly risky in some workplaces.

Teenagers at a secondary school recently protested after their teacher was fired for letting a student play a protest song in a music exam.

And a clothing store said it was ordered by a mall operator to remove a statue of a protester.

City leader Lam has described those critical of the security law as “enemies of the people” and warned civil servants they must not speak out against it.

Ng said it was increasingly difficult to find comedy in his satire and almost welcomed losing his job.

“What has happened in Hong Kong pains me, and it pains me even more when I have to turn it into jokes,” he sighed.

“The end of the show is almost a relief for me. Because Hong Kong will only get worse.”