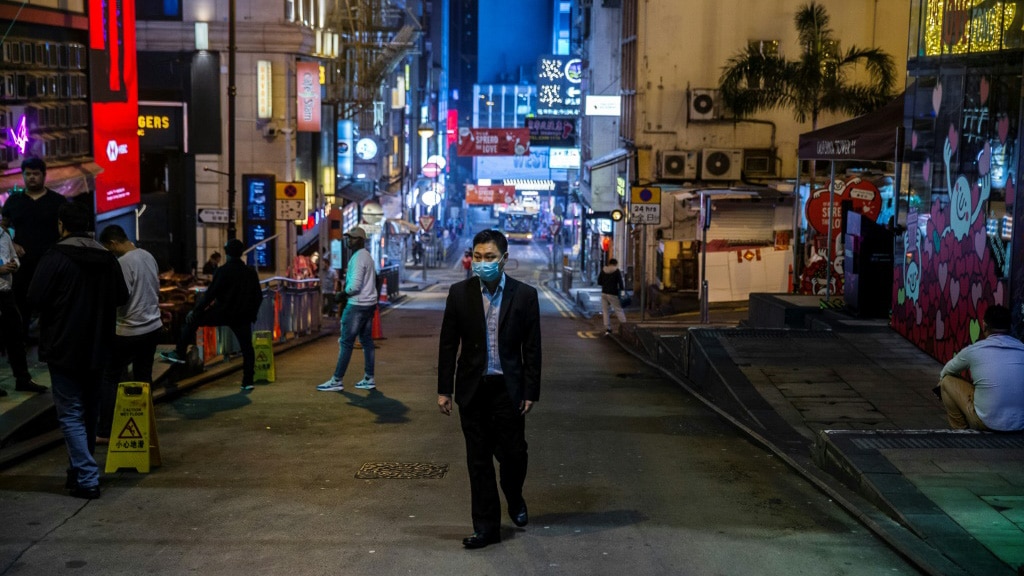 Hong Kong will ban all non-residents from entering the city from midnight on Tuesday evening in a bid to halt the coronavirus, its leader said, as she unveiled plans to stop restaurants and bars serving alcohol.

Despite its proximity to the Chinese mainland, the financial hub has managed to stave off a runaway outbreak of the deadly virus — partly thanks to the public overwhelmingly embracing masks, hand hygiene and social distancing.

Yet in the last fortnight, the number of cases has more than doubled to 356 after locals and foreign residents flooded back once the pandemic spread to Europe and North America.

“From midnight of March 25, all non-Hong Kong residents flying in from overseas will not be allowed into the city,” she said, adding the order would be in place for at least two weeks.

Non-residents will still be allowed to enter Hong Kong from the Chinese mainland, Macau and Taiwan but not if they have been to any other foreign country in the last 14 days.

Some 8,600 restaurants and bars with a licence will also be banned from selling alcohol but will, for now, be allowed to remain open.

Lam did not specify when the booze ban would be brought in, but said emergency legislation was being drafted. 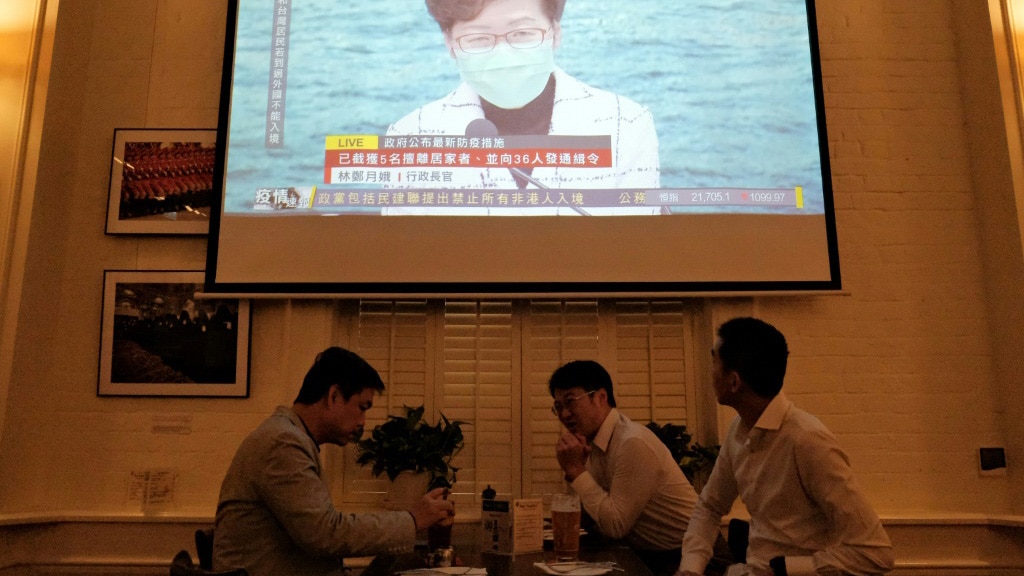 She said there was concern that Hong Kongers were losing their inhibitions when they go out drinking.

“Sometimes when people drink more, there may be some intimate acts,” she told reporters.

Supermarkets and alcohol retailers are not covered by the rule.

Last week, a cluster of infections was found among patients who had been out in Lan Kwai Fong, the city’s most famous nightclub street.

Hong Kong’s tabloids ran lurid pieces saying one of the patients who went to bars in Lan Kwai Fong, a local, may have had one night stands.

The vast majority of the recent spike in infections have been from Hong Kong nationals returning to the city.

But there has also been some anger directed at the drinking habits of some Western white-collar workers as many of the city’s inhabitants isolate themselves.

Last week the Apple Daily newspaper carried a front-page photograph of a big group of foreigners drinking in the open while sitting shoulder-to-shoulder, sparking outrage on social media.

Chin Chun-wing, vice chairman of the Hong Kong Bar and Pub Association, said the government did not consult or notify the industry before announcing the measure.

“It’s a disaster for us, we are just casual working people,” Romano, a 30-year-old bar worker from the Philippines, told AFP.