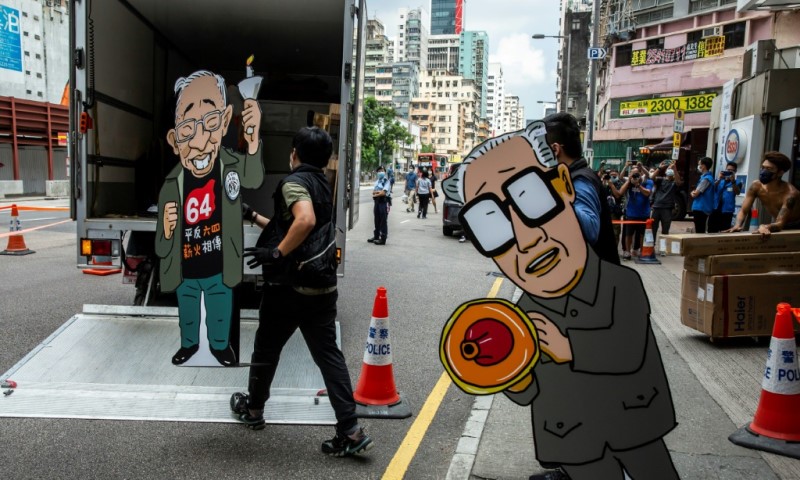 Police officers from the National Security Department take away exhibits

Hong Kong police on Thursday raided a museum that houses exhibits commemorating Beijing’s deadly crackdown on Tiananmen Square in 1989, a day after they arrested four members of the group that ran the venue.

The raid came as police accused one of the four arrestees — prominent barrister Chow Hang-tung, vice-chairwoman of the group — of inciting subversion, according to Chow’s lawyers and relatives.

Officers from the newly created national security unit were seen carting away documents and exhibits from the now-shuttered June 4 museum which is run by the Hong Kong Alliance.

The items included a giant logo of the museum, a paper model of the Goddess of Democracy — a symbol of the 1989 pro-democracy student movement in Beijing — and photos of the huge annual candlelight vigils Hong Kongers hosted for Tiananmen’s victims, as well as dozens of boxes of materials. 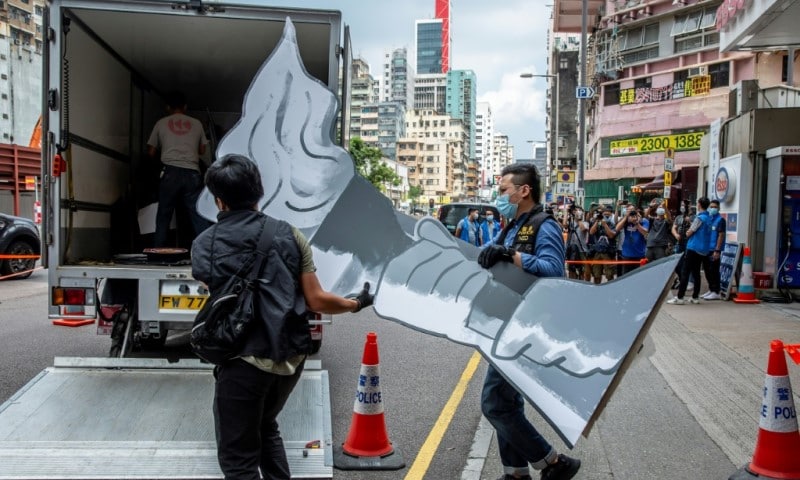 National security police cart away exhibits from the June 4 museum

The alliance, officially named the Hong Kong Alliance in Support of Patriotic Democratic Movements of China, is the latest target of a sweeping national security law that Beijing imposed on the city last year to quash dissent after huge and often violent democracy protests.

The museum raid followed security police’s arrests of Chow and three other leaders of the alliance. They were initially arrested for refusing to hand over information according to the security law, but the force later changed the allegation against Chow.

Last month, police ordered the group to hand over financial and operational details, accusing it of working as a “foreign agent”.

The request included the personal details of all members since its founding in 1989, all meeting minutes, financial records and any exchanges with other NGOs advocating democracy and human rights in China.

But alliance members have refused, calling the request illegal and arbitrary.

Many members of the alliance are already in jail on national security charges or other protest-related offences.

Thursday’s raid came on the same day 12 democracy activists, including the alliance’s jailed vice-chairman Albert Ho, pleaded guilty to unauthorized assembly charges over the Tiananmen vigil in 2020, which was the first one banned by authorities since 1990.

In his mitigation speech, Ho said he rejected the accusation that they are foreign agents, saying the alliance was formed by local democratic groups supporting democracy protesters in Beijing.

“We were driven by our consciences and moral commitment to make our best endeavors to maintain this historic tradition of commemorating June 4th, remembering the lesson of history and speaking truth to power,” he said, explaining why it was important for Hong Kongers to continue remembering Tiananmen.

The vigils were once one of the most visible symbols of Hong Kong’s political plurality but they have been banned over the last two years. 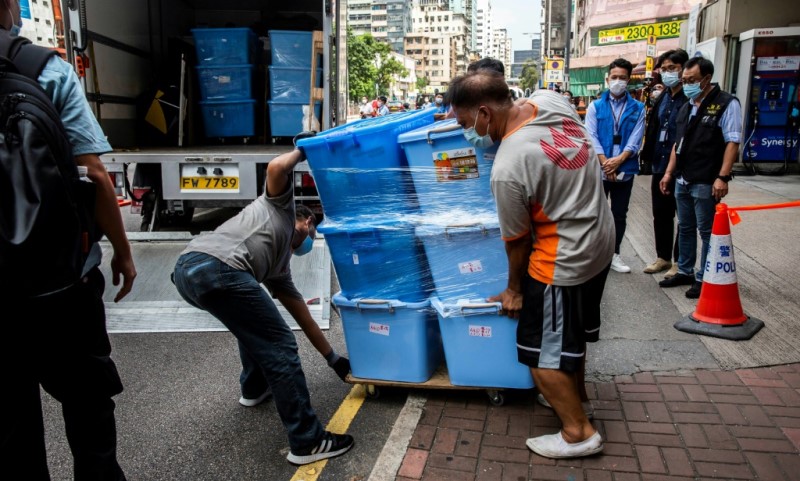 China is rapidly remolding Hong Kong in its own authoritarian image.

Dozens of democracy figures have been arrested on national security charges and an official campaign has been launched to purge the city of anyone deemed “unpatriotic”.

Yeung Sum, a former lawmaker and one of the 12 democracy activists who pleaded guilty Thursday, said Hong Kong would continue to fight for democracy.

“The June 4 candlelight vigil may be banned forever… but the flowers of liberty will blossom regardless of the storm. Hong Kong people will continue to seek our way to democracy and freedom.”