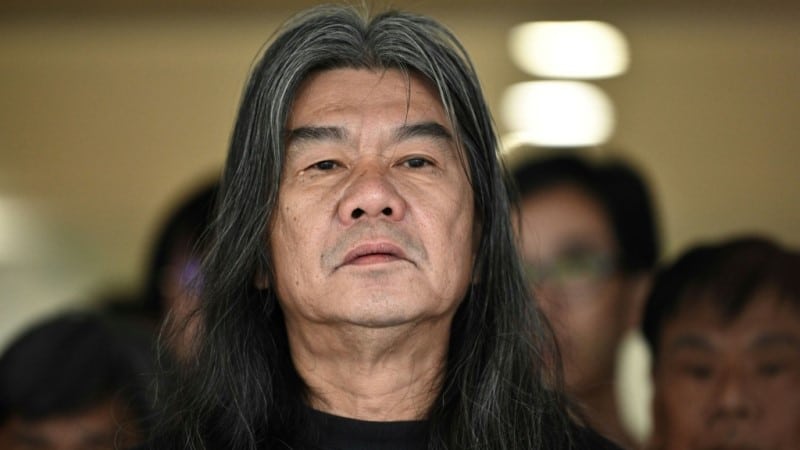 Hong Kong judges on Friday ruled that prison staff had been wrong to cut the hair of activist Leung Kwok-hung, known as ‘Long Hair’ for his silver locks

The decision comes as pro-establishment voices call for an overhaul of the judiciary — something opponents fear could muzzle the Hong Kong legal system’s vaunted independence as Beijing cracks down on critics.

The ruling by the Court of Final Appeal is the culmination of a long legal battle by Leung Kwok-hung, 64, who served a brief jail sentence in 2014 linked to his protesting.

Better known by the sobriquet “Long Hair”, he is one of the city’s veteran dissidents, beginning his career campaigning against British colonial rule and later becoming a fierce critic of Beijing.

A panel of top judges unanimously ruled that Leung’s rights had been breached under sexual discrimination laws when his hair was cut in jail.

Hong Kong prison authorities insist all male inmates keep their hair cut short, but female convicts are allowed to keep theirs long if they wish.

“The fact that male prisoners are denied a choice as to their hair length, suggests that they are treated less favorably than female prisoners,” the judges wrote, adding authorities had failed to explain why short hair was required for custodial discipline.

The decision comes at a sensitive time for Hong Kong’s judges.

Unlike China’s party-controlled judiciary, the city maintains an independent common law system that forms the bedrock of its success as a global trade and finance hub.

But two leading pro-Beijing newspapers in the city — and some prominent pro-government politicians — have recently begun calling for judicial reforms.

Beijing loyalists have been incensed by recent acquittals of some protesters and judicial reviews that have gone against the government.

The judgement found that officers were wrong to hide their identification badges and that the city’s watchdog has been “inadequate” in investigating complaints against officers.

One pro-Beijing newspaper ran a scathing report on the ruling under the headline “Thugs rule, no human rights for policemen”.

Britain has said it was considering whether to review allowing its judges to sit on Hong Kong’s highest court over concerns China is trampling on the city’s freedoms.