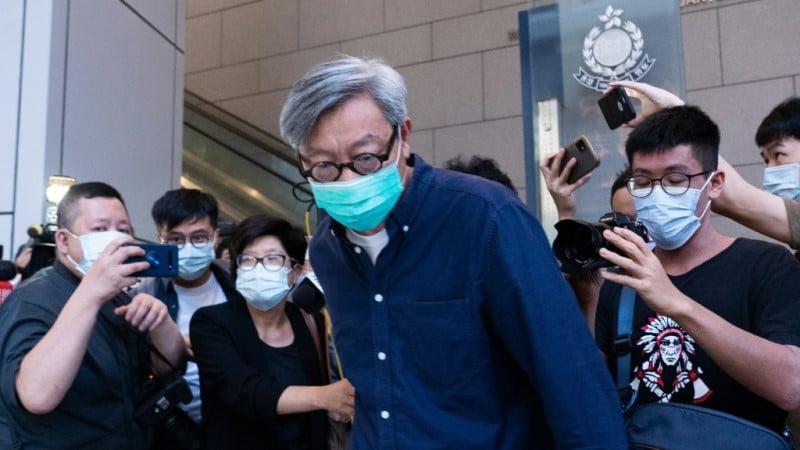 Hong Kong newspaper Apple Daily’s executives were arrested and its assets frozen, forcing the publication to close, under China’s broad national security law imposed on the city a year ago

Hong Kong’s national security law has created a “human rights emergency”, Amnesty International said Wednesday, a year after China imposed it on the city to crush a pro-democracy movement.

The legislation — which criminalizes anything authorities deem subversion, secession, collusion with foreign forces and terrorism with up to life in prison — has radically transformed Hong Kong’s political and legal landscape.

“In one year, the National Security Law has put Hong Kong on a rapid path to becoming a police state and created a human rights emergency for the people living there,” Amnesty’s Asia-Pacific Regional Director Yamini Mishra said.

Beijing insisted the legislation was required to restore stability after huge and sometimes violent pro-democracy demonstrations in 2019, but promised it would target only an “extreme minority”. 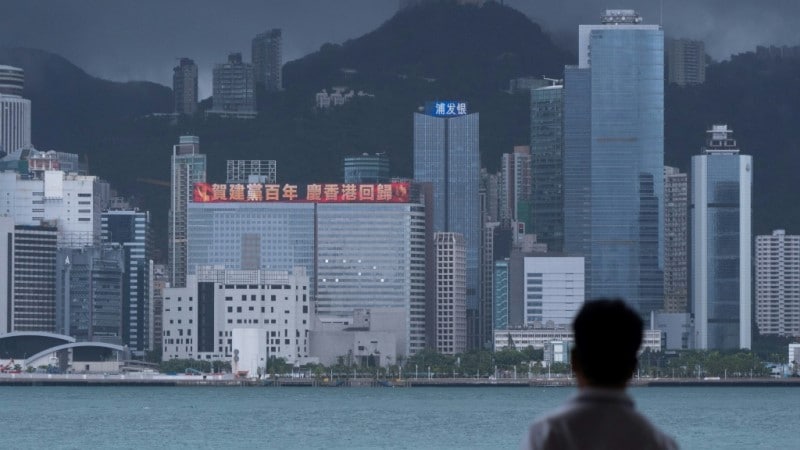 Police and prosecutors have since applied the law broadly, with the vast majority of charges targeting political speech, reneging on China’s assurances that Hong Kong would be allowed to maintain its key liberties and autonomy after its 1997 handover from Britain.

Amnesty released the report a week after pro-democracy newspaper Apple Daily was forced to shut down following the arrests of its senior executives and lead editorial writer, and a freeze on its assets.

“From politics to culture, education to media, the law has infected every part of Hong Kong society and fomented a climate of fear that forces residents to think twice about what they say, what they tweet and how they live their lives,” Amnesty said in the report.

The human rights group said it analyzed court judgements and hearing notes, and interviews with activists targeted under the law to show how the legislation has been used to carry out “a wide range of human rights violations”.

Hong Kong authorities said Tuesday that, since the law was implemented, 117 people had been arrested for “committing acts and engaging in activities that endanger national security”.

A total of 64 people have been charged, including media tycoon Jimmy Lai, prominent pro-democracy activists, and former lawmakers.

Most defendants charged under the law have been denied bail due to a strict clause requiring them to persuade a court that they no longer pose a national security risk.

Hong Kong also began its first national security trial last week and opted for no jury, a watershed legal moment for a city that has used trial by jury for serious crimes for the last 176 years. 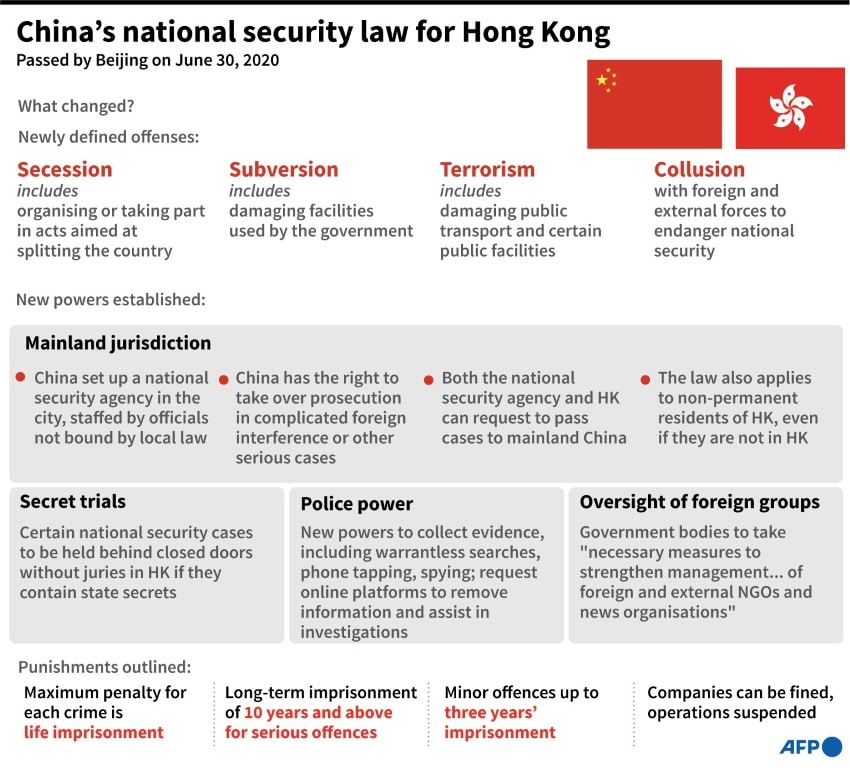 Graphic outlining the main points of the National Security Law that was passed in Beijing for Hong Kong on June 30, 2020.

In a rare interview published by pro-Beijing magazine Eastweek on Wednesday to mark the first anniversary of the security law’s imposition, Zheng Yanxiong, the head of Beijing’s national security office in the city, said Hong Kong’s independent judiciary “should highly manifest the nation’s will and interests”.

“It will be the biggest loophole in the rule of law if national security is not safeguarded,” Zheng added.