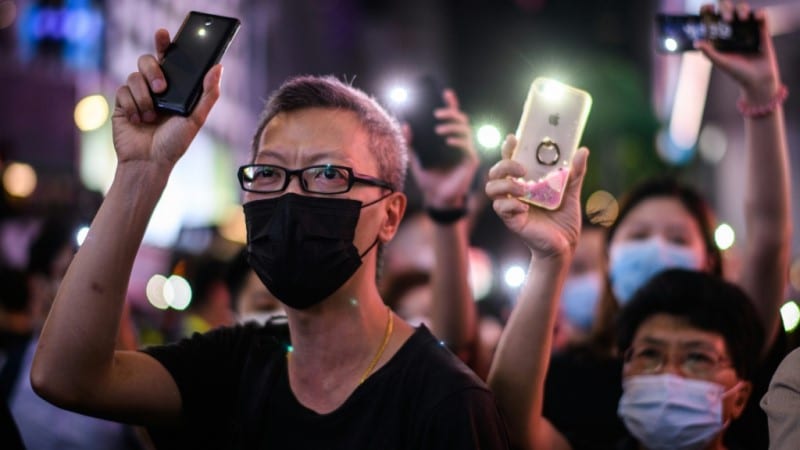 After the law came in, many Hong Kongers took to Twitter and other social media platforms such as Telegram and Signal to either announce their departure or share tips on internet safety

China’s authoritarian leaders enacted sweeping new powers on Tuesday — keeping the contents secret until the last minute — after more than a year of often violent protests in a financial hub increasingly chafing under Beijing’s rule.

Certain political views such as wanting independence became outlawed overnight and legal analysts and rights groups warn the broad wording of the law — which bans subversion, secession, terrorism and colluding with foreign forces — will choke civil liberties and free speech.

Despite assurances from Beijing that political freedoms would not be hindered, many Hong Kongers moved to delete digital references of their opposition to China’s ruling Communist Party, which uses similar laws on the mainland to crush dissent. 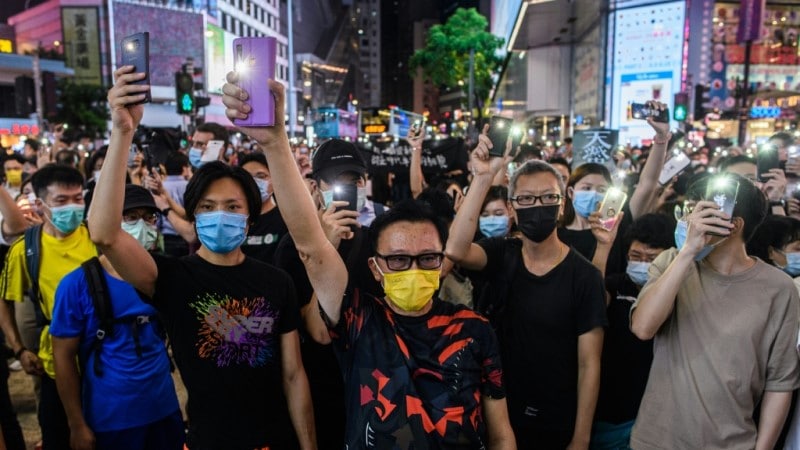 “I changed my profile name and switched to a private account so that my employer will not be able to see future posts which they deem to be offensive to China or have breached the national security law,” Paul, an employee of a large company whose management he described as “pro-Beijing”, told AFP.

He said he would be “very careful” about posting in the future, fearing colleagues or even friends might report him, and asked not to be identified.

After the law came in, many Hong Kongers took to Twitter and other social media platforms such as Telegram and Signal to either announce their departure or share tips on internet safety.

“We will clear all the messages for your safety,” one popular Telegram group used by pro-democracy protesters wrote. “Please watch out for what you say.”

One lawyer with pro-democracy leanings messaged an AFP journalist asking for their entire WhatsApp history to be deleted.

Another announced they were moving all communications to Signal, which they felt was a more secure messaging app.

Beijing has said some serious cases will be prosecuted on the mainland, dismantling the legal firewall that has existed between Hong Kong’s judiciary and China’s Communist Party-controlled courts since the 1997 handover from Britain.

Local police have been granted wider surveillance powers to monitor suspects, including wiretapping and accessing digital communications, without a judge’s approval.

The new law also allows China’s feared security agencies to set up shop in Hong Kong for the first time.

Beijing says it can now prosecute national security crimes committed outside it borders — even by foreigners — raising concerns that people visiting of transiting through Hong Kong could be arrested.

Companies providing virtual private network (VPN) tools — which can make internet access more secure — have reported a spike in downloads since the law was announced.

Billie, a 24-year-old assistant to a district councillor, said he started using a VPN in May when China announced plans for the new law.

He culled many of his social media followers and removed some “sensitive” posts — even though Beijing’s new law is not supposed to be retroactive.

“I feel very ashamed and embarrassed. I never wanted to do so, but I felt I have to, in order to survive,” he told AFP, also asking for anonymity. 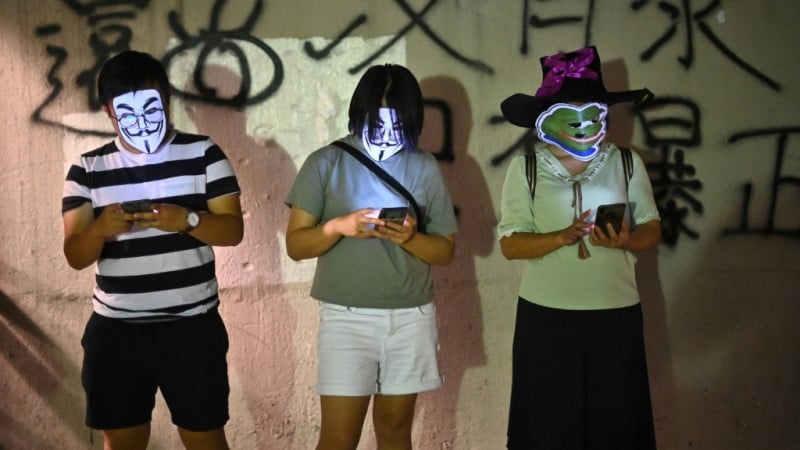 It is not just digital walls being scrubbed.

Several pro-democracy restaurants and shops have taken down their “Lennon Wall” displays expressing support for protests or criticism of China’s leadership.

Gordon Lam, a pro-democracy activist prominent within the city’s catering sector, told AFP at least one restaurant sought his advice after police visited and warned their display “might violate the national security law”.

“It seems the government is using the national security law to put pressure on the yellow economic circle,” Lam said, using a local phrase to describe businesses that support calls for democracy and are popular with protesters.

The first arrests under the new security law were made during protests on Wednesday when thousands defied a ban on rallies, many chanting slogans.

Most were arrested for having flags and leaflets in favour of Hong Kong independence, a clear signal that even possession of such items was now illegal.

Others vowed to avoid censoring themselves.

“It’s not that I am not at all worried,” Chow Po-chung, an associate professor at the Chinese University of Hong Kong, wrote on Facebook.

“I just don’t want to be overly worried and live in fear all the time. Because once fear takes root in our minds, we can’t live up to what we want for ourselves.”