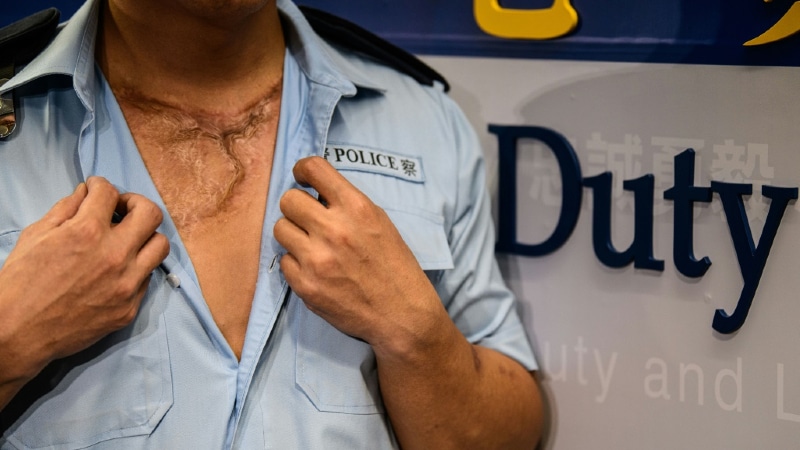 Hong Kong policeman, who asked to be identified as Ling, was struck by corrosive liquid on October 1 when unrest swept through the city on China’s National Day.

Officers like Ling have formed the spear tip of Beijing’s pushback against huge and often violent pro-democracy protests in the restless finance hub.

Seven months of clashes last year have left the city bitterly divided with swathes of the population loathing police — and many officers feeling they have been unfairly vilified.

Now the police have been given expanded powers under a sweeping new national security law imposed by Beijing that aims to crush the democracy movement once and for all. 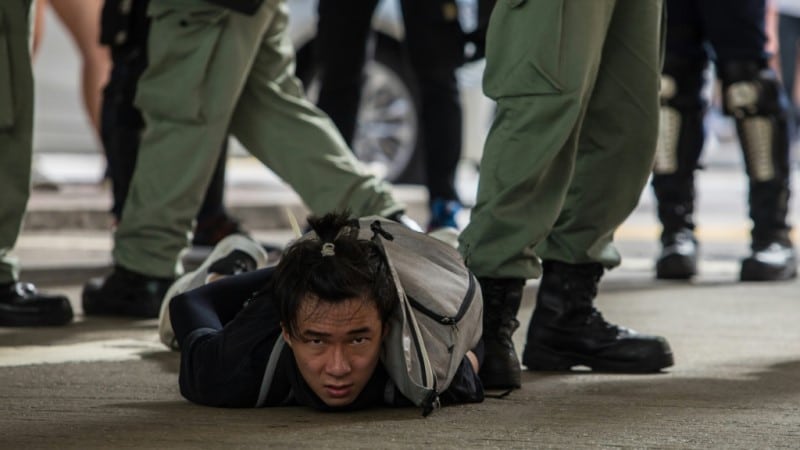 Police have arrested more than 9,000 people during the past year of unrest

“It’s undeniable that Hong Kong is part of China, it’s reasonable to set up a national security law on Chinese territory,” Ling told AFP in an interview at police headquarters the week before the new law was enacted.

“Every law is a tool. Your decision to violate this law makes us enforce it,” the 38-year-old added, asking to use a pseudonym because he feared reprisals from protesters.

AFP’s interview with Ling — and a second officer struck last year by an arrow — were arranged through the police force and a press officer remained present throughout.

Over the past year police have arrested more than 9,000 people during clashes and demonstrations against Beijing’s tightening grip on the semi-autonomous city.

But police have rejected all allegations of brutality, saying the force has matched the violence shown by protesters. No officer has been fired for their actions. 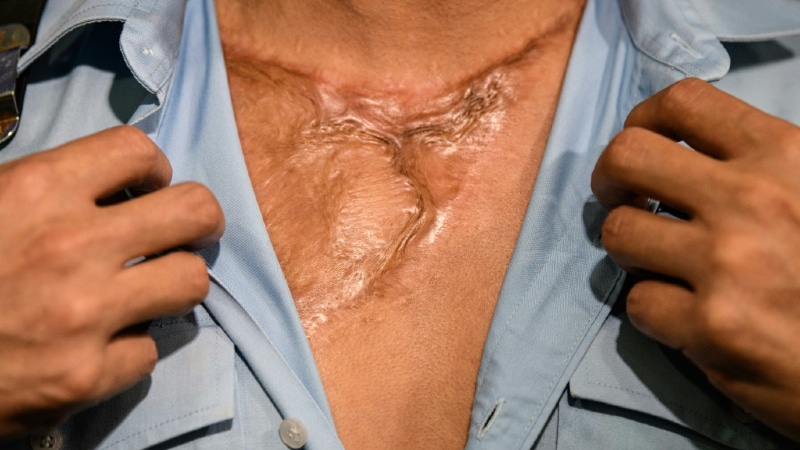 Ling has paid a personal price for his work — his neck and chest sport a visible patch of twisted skin.

He was struck by corrosive liquid on October 1 when unrest swept through the city on China’s National Day. Others, including reporters, were wounded in the same attack.

Ling’s uniform dissolved in front of his eyes.

The initial searing pain faded as his nerve endings dissolved.

But the healing process was excruciating as they grew back, aided by five surgeries, including skin grafts.

Ling, who returned to street duty in January, said he tried not to think about his attacker.

“It would be a good thing if he was caught, but if not, it’s meaningless to go down that blind alley,” he said.

Police say around 600 officers were injured in last year’s protests. Last week an officer was stabbed in the shoulder during demonstrations against the new security law. 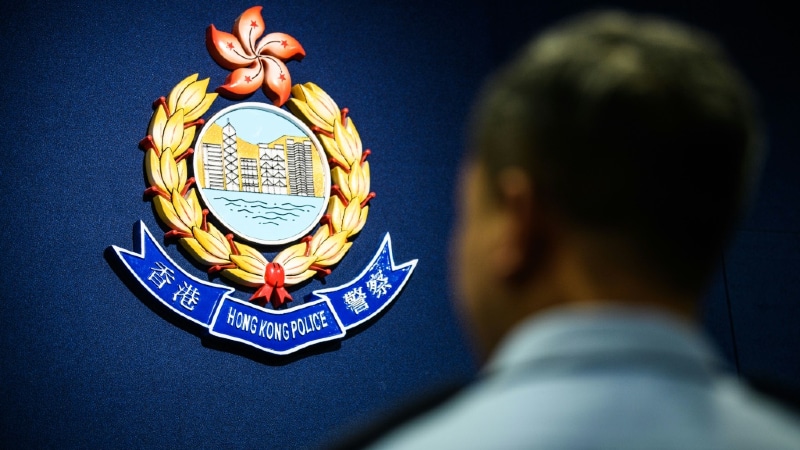 At least 2,600 protesters and bystanders have been treated in hospital although the real figure is likely to be higher because many sought underground treatment, fearing arrest on wards.

Hong Kong’s police once dubbed themselves “Asia’s Finest” and they continue to receive full-throated support from the local government, Beijing and those opposed to the protests.

But in many neighborhoods officers are insulted with graffiti and angry heckles.

A survey by the Hong Kong Public Opinion Research Institute in May showed a record 44 percent of respondents rated the force’s performance at “zero”. 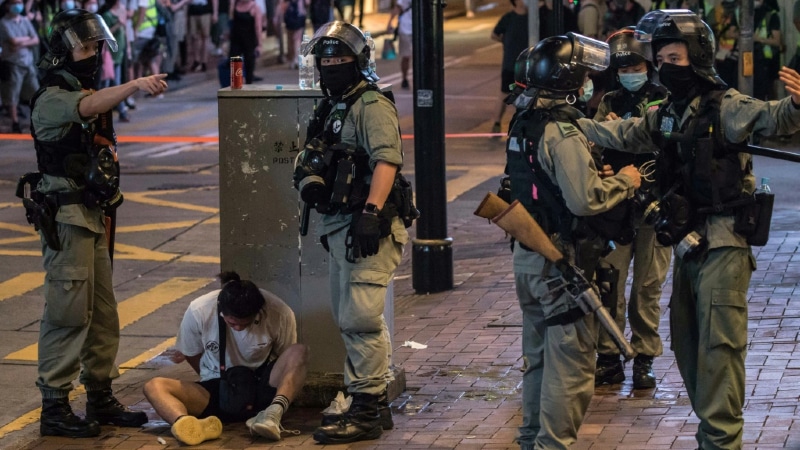 Sam, a 40-year-old police officer and father of one, was struck in his leg by an arrow during some of the most intense clashes last year — the November siege of Polytechnic University.

“Protests always happen in Hong Kong but I had not imagined things would end with such violent scenes,” he told AFP, asking just to use his first name.

He described himself as politically neutral but said he tried not to think about the demands protesters make, instead focusing on his job.
He said he was “disappointed” to see some residents now openly loathing police.

“Some people misunderstand us, or they have not seen the whole thing clearly and are influenced by rumors,” he said.

“I try not to discuss with friends. It’s very difficult to persuade one another.”

Ling grew up in the working class district of Sheung Shui and said he wanted to join the police after he saw triad gangsters extorting locals.

He said he remained proud to wear the uniform but that his social circle had changed — especially after earlier student-led protests in 2014.

“Quite a few friends drifted apart from me. They chose to put their political views and prejudice towards Hong Kong police in front of our friendship,” he said.

Link has asked family to keep his job quiet and keeps a low profile on social media.

Many Hong Kong officers have opened accounts on mainland China’s heavily censored Twitter-like Weibo platform where they are lavished with praise from readers — and even professions of love.

“They left supporting messages on Weibo… That made me feel warm inside,” he said.