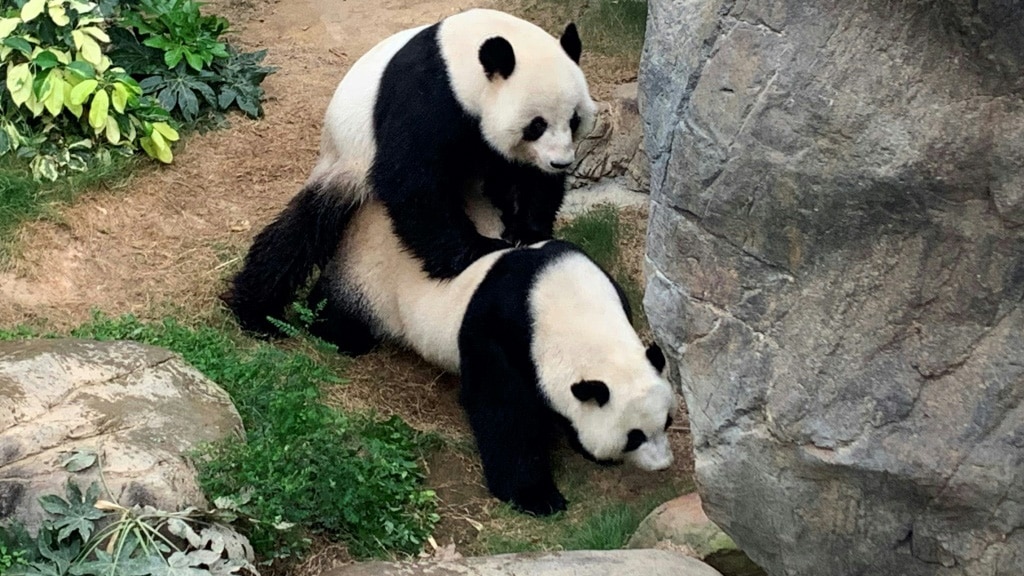 Experts will monitor Ying Ying for signs of pregnancy, but it may be quite some time

Like half the planet, Ying Ying and Le Le have only really had each other for company since coronavirus-caused lockdowns shut off the flow of guests to their theme park pad.

And like couples everywhere, they’ve been making the best of the time on their own.

“Since Ying Ying and Le Le’s arrival in Hong Kong in 2007 and attempts at natural mating since 2010, they unfortunately have yet to succeed until this year upon years of trial and learning,” said Ocean Park conservation official Michael Boos.

The park released photos of the pair embracing in an enclosure uncharacteristically free from prying eyes and cameraphones.

Pandas are notoriously bad at reproducing, especially in captivity.

But vets had their hopes up when the monochromatic lovers started showing an interest in each other during the short spring mating season.

For those who knew where to look for the tell-tale signs, ursine love was in the air.

“Since late March, Ying Ying began spending more time playing in the water, while Le Le has been leaving scent-markings around his habitat and searching the area for Ying Ying’s scent,” the park said. 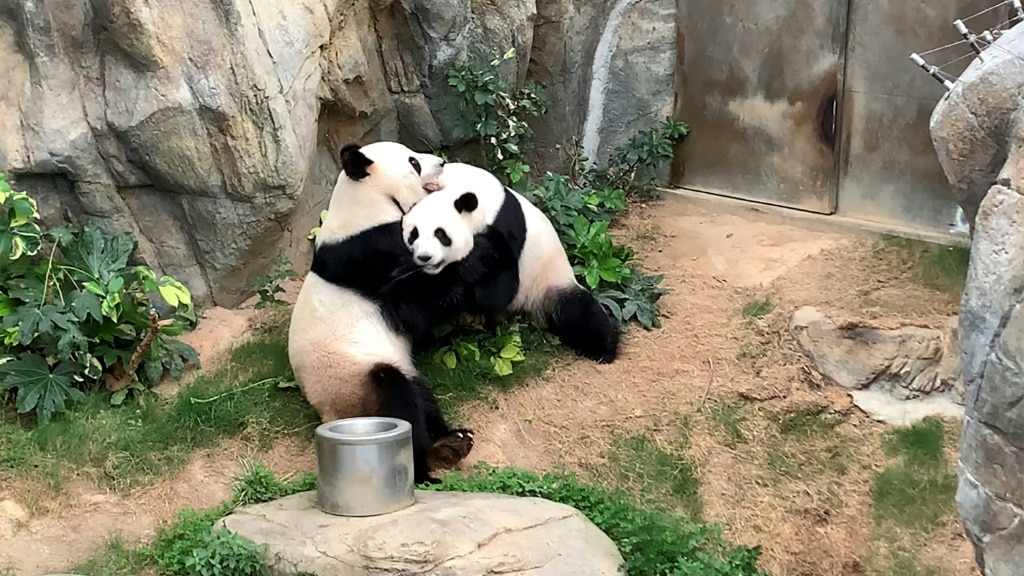 “Such behaviors are consistent with those common during breeding season, which occurs once every year between March to May,” it added.

Experts will now monitor Ying Ying for signs of pregnancy, but it may be quite some wait as the gestation period for giant pandas ranges from 72 to 324 days.

The park said confirmation of pregnancy can only be detected by an ultrasound scan some 14 to 17 days before birth.

But Ying Ying might exhibit hormonal fluctuations and behavioral changes as early as June if fertilization has occurred.

The announcement was a rare bit of good news as Hong Kong reels under a recession and movement restrictions caused by the coronavirus.

Ocean Park, which is earmarked for a HK$10.6 billion ($1.4 billion) bailout from the city government, has been shuttered since late January because of the pandemic.

Many Facebook commenters speculated that the absence of crowds might have boosted Ying Ying and Le Le’s confidence.

“It’s a good time to make baby bear when you are on holiday and have no pressure,” wrote Janet Mok.

Chan Fong added: “It’s no pressure when no one is watching.”