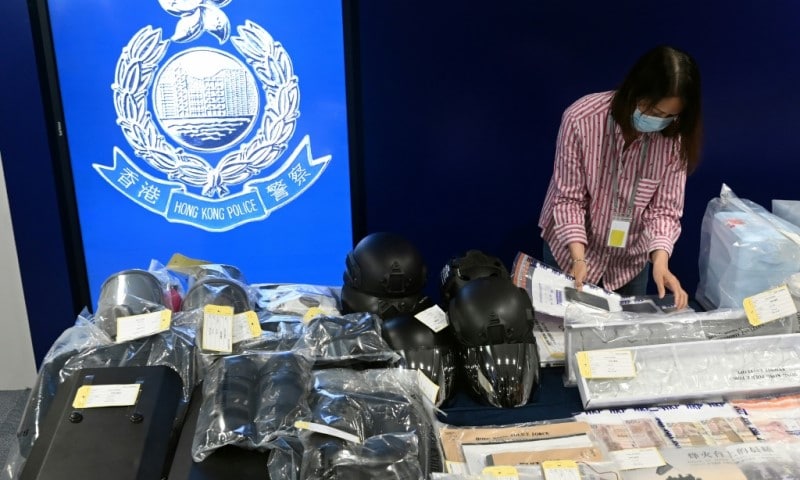 Five males and four females aged between 15 and 39 were arrested Monday on suspicion of “conspiracy to use explosives for terrorist activities”, police said.

“The operation we conducted yesterday was against gangsters (who) tried to manufacture TATP explosive inside a home-made laboratory inside a hostel,” senior superintendent Steve Li, from the city’s new national security unit, told reporters. TATP is a high-powered explosive.

Police said the nine people belonged to a pro-independence group that called itself “Returning Valiant”. 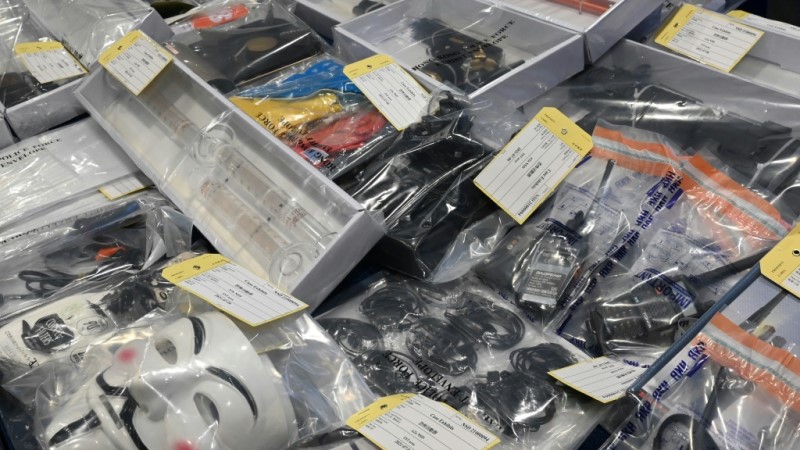 Those arrested included six teenage students and three adults who worked at a local university, a secondary school, and as a driver.

Li said they were planning to attack public facilities including a cross-harbor tunnel, the railway network, and courtrooms to “maximize damage to society”.

Anti-government sentiment exploded in 2019 during massive and often violent pro-democracy protests that were stamped out with arrests and a new national security law.

While stability has been widely enforced, Hong Kong remains a deeply polarized city where many residents still seethe under Beijing’s rule.

News of Tuesday’s arrests came just days after a 50-year-old man took his own life after stabbing a police officer in what authorities said was a “lone wolf” attack.

Police said Tuesday they seized various items from the group, including a small amount of explosives, raw materials to produce TATP, air guns, mobile phones, SIM cards, an operating manual on how to plant bombs, and plans to leave the city. 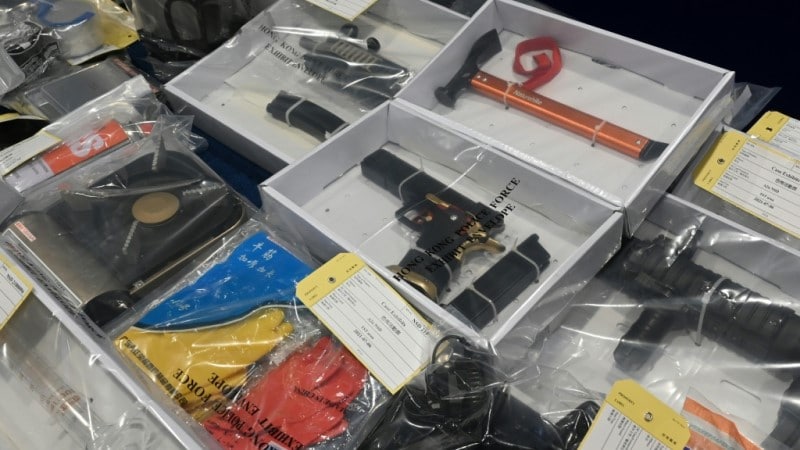 Police have made multiple arrests in the last two years for alleged bomb plots although no major attack has been carried out successfully.

In April, a 29-year-old man was jailed for 12-years for manufacturing a kilogramme of TATP.