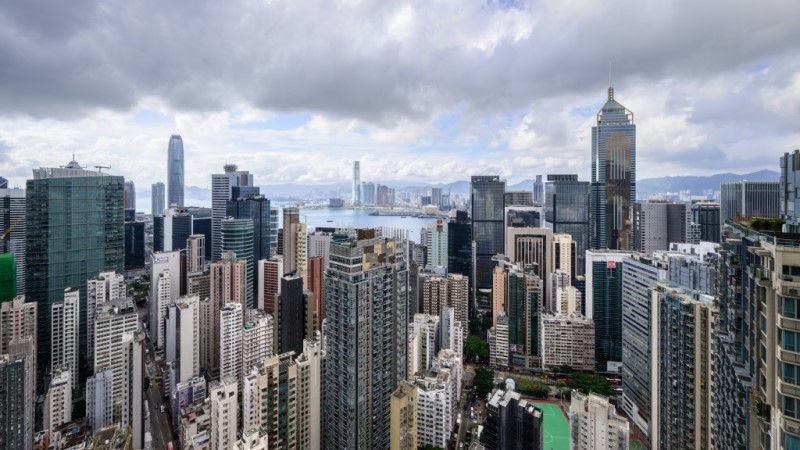 US businesses in Hong Kong fear mainland Chinese internet curbs and want local authorities to commit to the free flow of information, the head of the city’s American Chamber of Commerce said Monday.

Hong Kong has long marketed itself as an international business center, free from China’s controls and the “Great Firewall” used to censor online content.

But Beijing has started remolding the city in its own authoritarian image as it cracks down on dissent following huge and often violent pro-democracy protests two years ago.

A sweeping new security law imposed last year has criminalized much dissent and given authorities a suite of new controls, including internet takedown powers.

The latest measure to worry business owners is a proposed privacy law that will hold international tech companies and their employees criminally liable for illegal content that users post.

Tara Joseph, president of the local American Chamber of Commerce, said the government needed to address the business community’s concerns.

“So I do think it’s important for the government to recognize that and to be open and say we’re going to maintain that free flow of information.”

On Friday, the United States issued a rare advisory, warning businesses of the “growing risks” of operating in Hong Kong as China clamps down there.

The advisory highlighted concerns about data privacy, transparency and access to critical business information, as well as the risk of breaching US sanctions against Chinese officials and entities.

“It’s unusual for the US government to put out a business advisory, so something like that has shaken awake anyone who wasn’t aware of the changes or the new normal that we’re experiencing in Hong Kong,” Joseph said.

Businesses in Hong Kong were adapting to legal and political changes in the city, she added.

“But there are increased risks,” she said.

In a flurry of statements over the weekend, China and Hong Kong’s governments lambasted the US advisory and dismissed concerns that the city was losing its competitive edge.

The Liaison Office, which represents the central government in Hong Kong, vowed that Beijing would deal a “head-on blow” to Washington in response to the warning and the sanctions on seven more Chinese officials.

Joseph said most businesses still felt the city was a good place to be. But the national security crackdown was ushering in new changes.

“You have to separate whether the national security law is tapping away at any other aspect of law that would affect companies, such as commercial law,” she said.

“There’s nothing obvious there right now. But it starts to set people questioning those things.”