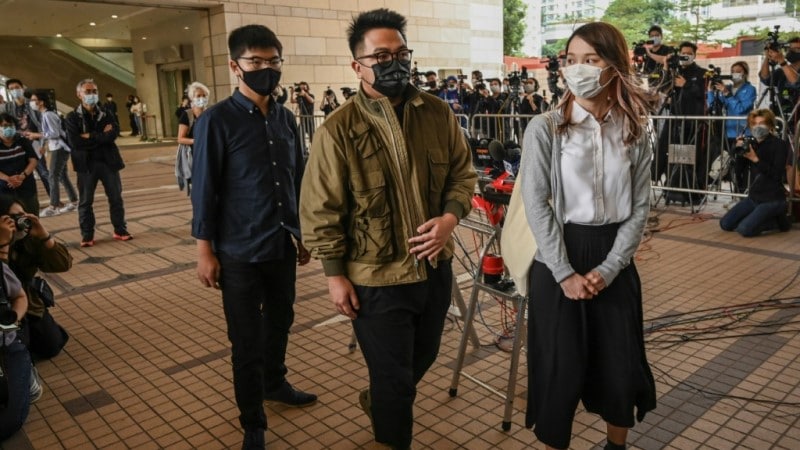 Joshua Wong, Agnes Chow and Ivan Lam have spent years campaigning for democracy, becoming activists when they were just teens.

So who are these three young Hong Kongers? 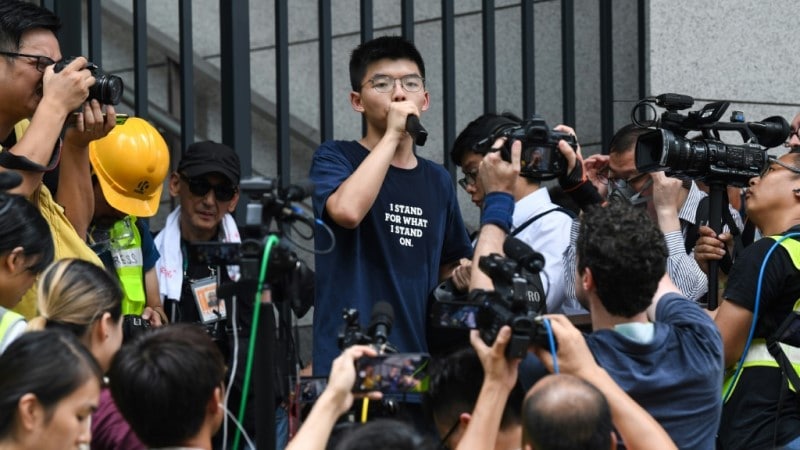 Arguably the most recognizable of Hong Kong’s new generation of dissidents, 24-year-old Wong has been a constant thorn in Beijing’s side over the last decade.

He became an activist in his early teens, successfully campaigning for Hong Kong to drop a pro-China “National Education” program by rallying a crowd of 120,000 to blockade the city’s parliament.

In 2014, he helped spearhead the “Umbrella Movement” protests alongside fellow student leaders, electrifying crowds with calls for civil disobedience but failing to win any concessions.

When last year’s huge protests broke out, Joshua Wong was still serving a jail sentence for his involvement in that earlier round.

He rejoined the fray after his release, capturing the attention of the world in his casting as David against the Goliath of the Chinese Communist Party.

Scrawny, with gaunt features and a studious frown, he has been hailed as one of the world’s most influential figures by Time, Fortune and Foreign Policy magazines, and was the subject of the Netflix documentary “Teenager vs Superpower”.

During last year’s protests, Wong met politicians in Europe and the United States and called for sanctions against China.

That infuriated China and a new national security law imposed by Beijing outlaws pushing for greater autonomy for Hong Kong or sanctions.

Monday’s trial is just one of many cases prosecutors have brought against him in the last year.

Agnes Chow, 23, hails from the same generation of Hong Kong democracy activists who cut their teeth in politics as teenagers and are now being steadily silenced by China.

She has described growing up in an apolitical Catholic household.

But at the age of 15, she joined the youth-led movement protesting against plans to implement “moral and national education” in public schools.

Like Wong she became a major figure of the Umbrella Movement protests and co-founded Demosisto.

By 2018, she was one of the first Demosisto politicians barred from standing for local elections because the party advocated “self-determination”.

In order to run in the election, Chow gave up her British citizenship.

Since then it has become commonplace for authorities to disqualify politicians for the views they hold — or to bar certain people for standing in local legislature elections.

One of her most successful roles has been bringing international attention to Hong Kong’s democracy movement, aided by fluency in English, Cantonese and Japanese.

She built a huge social media following in Japan in particular. Her Twitter account, which primarily publishes in Japanese, has over half a million followers.

She was one of the first opposition politicians to be arrested under Beijing’s new security law — on a charge of “colluding with foreign forces” — and could face up to life in jail if prosecuted and convicted. 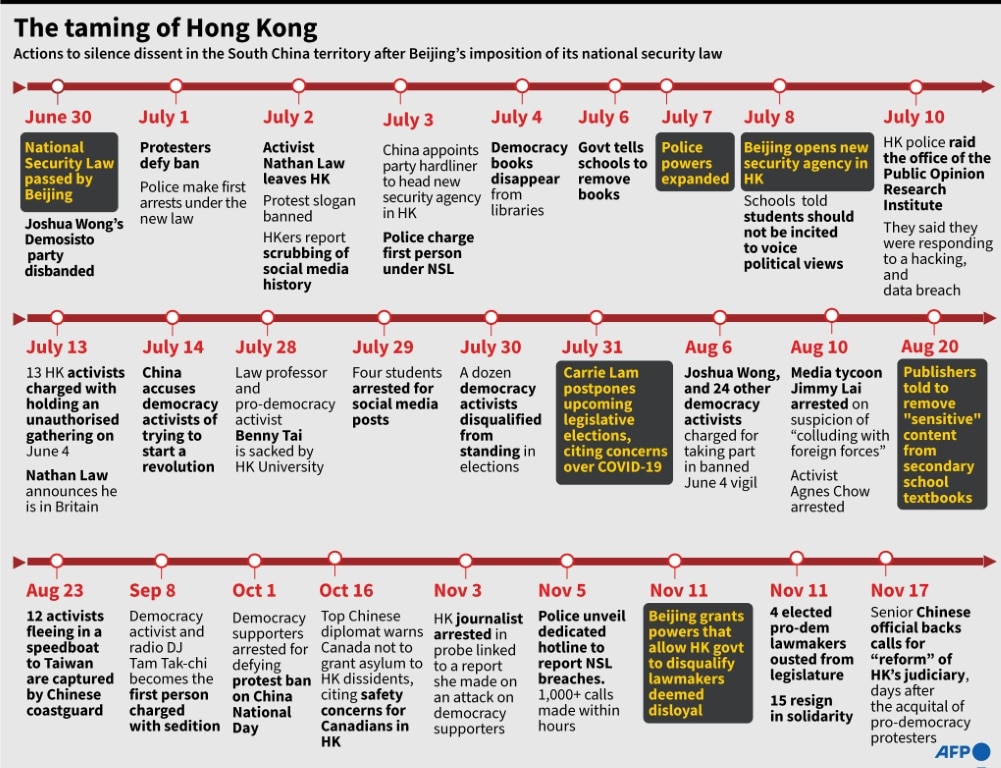 Lam, 26, is less recognisable than his two colleagues, but no stranger to the rough and tumble of opposition politics in Hong Kong.

Born to a policeman father, he attended the same secondary school as Wong and helped kickstart the campaign against patriotic education.

He has been convicted four times for pro-democracy protests or rallies against various government proposals.

He was instrumental in setting up Demosisto and later served as the party’s chairman until the group was disbanded earlier this year.