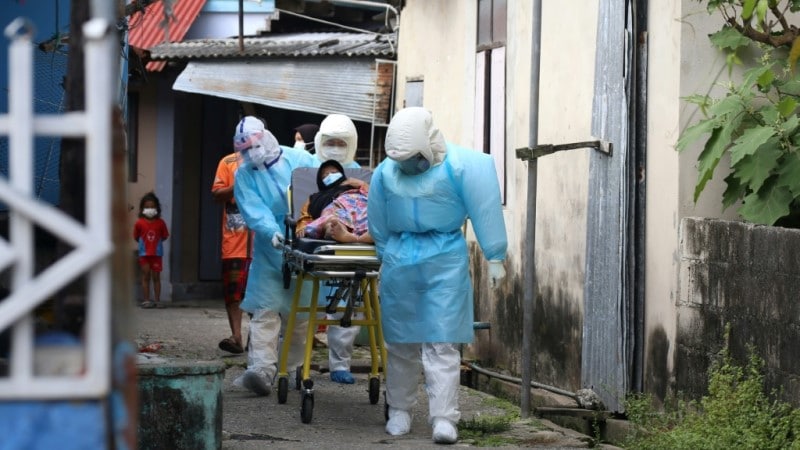 ​Thailand on Tuesday placed more than 12 million people under a partial, two-week lockdown

Indonesia, Iran and France were suffering alarming surges in coronavirus cases Tuesday, as governments raced to vaccinate populations in a bid to outpace the highly-contagious Delta variant wreaking havoc across the globe.

The new cases come as the head of the Olympics admitted Tuesday he suffered “sleepless” nights leading up to the Tokyo Games, due to open Friday and already marred by outbreaks.

Nearly 3.7 billion doses of coronavirus vaccines have been administered globally, but most shots have been given in wealthier countries while poorer nations badly lag in the race to inoculate.

And the highly-transmissible Delta variant, first detected in India, is sweeping the globe, driving new outbreaks in Europe and Asia, especially among the unvaccinated, with more than four million dead from the virus since the start of the pandemic. 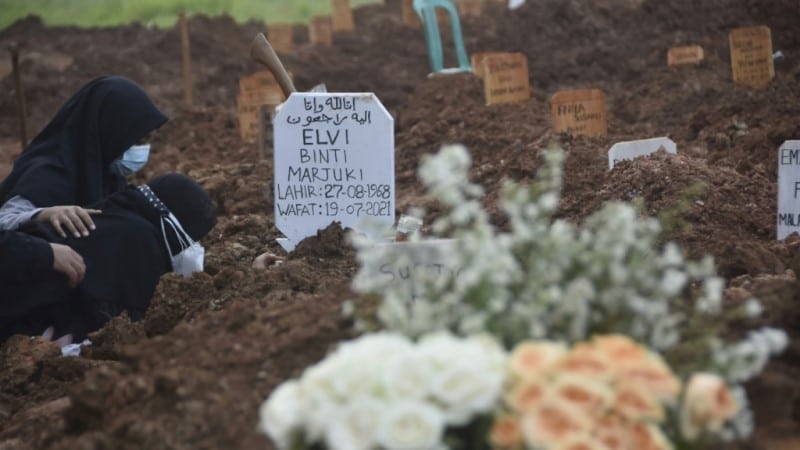 Indonesia has seen its caseload spin out of control, overtaking India and Brazil as a global coronavirus hotspot

Indonesia has seen its caseload spin out of control, overtaking India and Brazil as a global coronavirus hotspot and hitting new daily record of more than 1,300 deaths on Monday.

Authorities have banned large crowds, including at traditional events during the Muslim Eid al-Adha festival that often feature the sacrifice of livestock, and urged the public not to gather for acts of religious worship.

In the capital Jakarta, some heeded an official request not to go inside mosques but instead gathered to pray on nearby roads, while residents in Bandung laid out their prayer mats in alleyways.

The rules made for a non-traditional holiday for some.

“I usually get together with family for a meal at Eid,” said Pringgo Trikusumo, who lives near Jakarta.

“But this year is very different. I’m not seeing relatives and I can’t go anywhere.”

Much of Southeast Asia is currently reeling under a coronavirus surge, as the Delta variant wreaks havoc on nations struggling with vaccine rollout capabilities.

Philippines has warned of a looming case explosion after it detected the Delta variant, while Thailand on Tuesday placed more than 12 million people under a partial, two-week lockdown.

Singapore, which has avoided the worst of the pandemic, said Tuesday it would limit the size of gatherings and ban dining in restaurants after a spike in locally transmitted cases linked to karaoke bars and a fishing port.

About a third of Vietnam’s 100 million people were put under stay-home orders Monday. 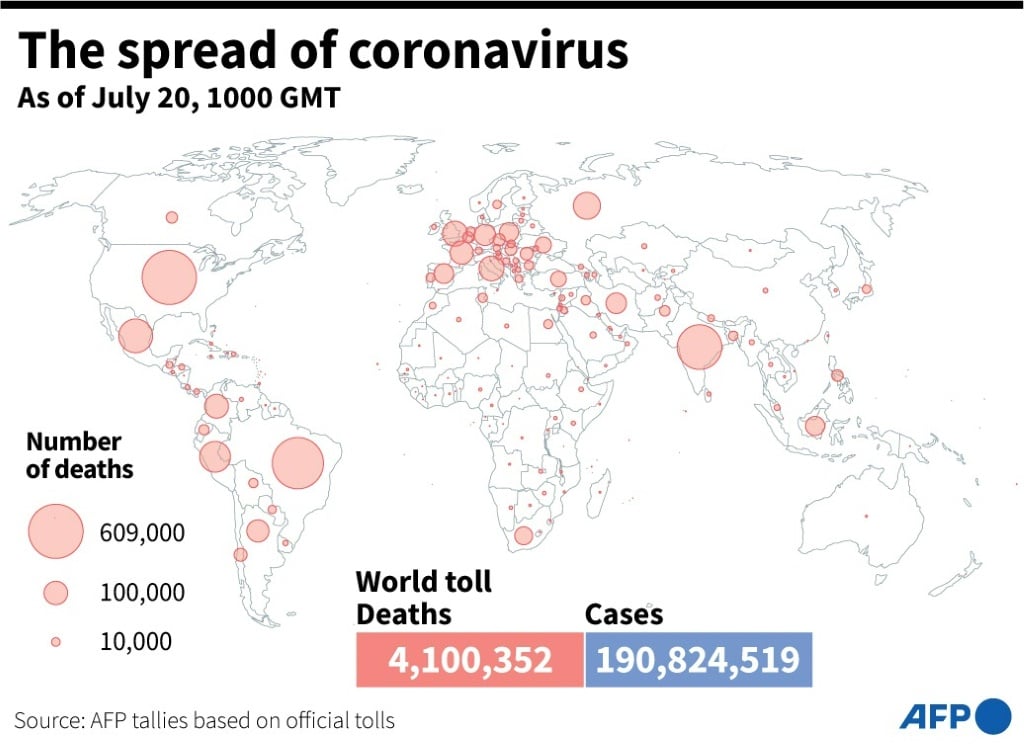 Iran, which has suffered the deadliest outbreak in the Middle East, has been gripped by what authorities warned would be a “fifth wave” driven by Delta.

Government offices and banks in the Tehran and neighboring Alborz province were closed for six days from Monday, while most non-essential shops as well as malls and cinemas were closed.

But some residents were skeptical the restrictions would curb infections, with no national lockdown in place.

“It won’t be effective,” said Mehdi, an employee at a trade company.

“If people stay at home and don’t go anywhere, it might — but as soon as there’s a holiday, everyone starts traveling.” 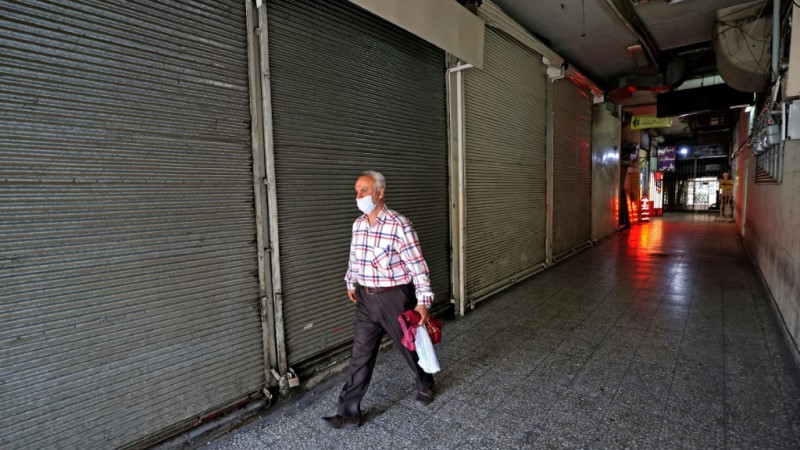 Iran, which has suffered the deadliest outbreak in the Middle East, has been gripped by what authorities warned would be a “fifth wave”

Europe is seeing fresh outbreaks of its own, blamed in part on Delta but also on the easing of measures for the busy summer travel season.

France said Tuesday new Covid-19 infections were increasing at an unprecedented rate, after 18,000 cases were reported for the previous 24 hours.

“We have an increase in the spread of the virus of around 150 percent in the last week: we’ve never seen that,” French Health Minister Olivier Veran said.

The level of infections is the highest since mid-May, when the country was emerging from a third nationwide lockdown.

In a bit of positive news Tuesday, the European Medicines Agency said it had started a “rolling review” of France’s Sanofi coronavirus jab, which could lead to its approval in the EU, joining Pfizer/BioNTech, Moderna, AstraZeneca and Johnson & Johnson. 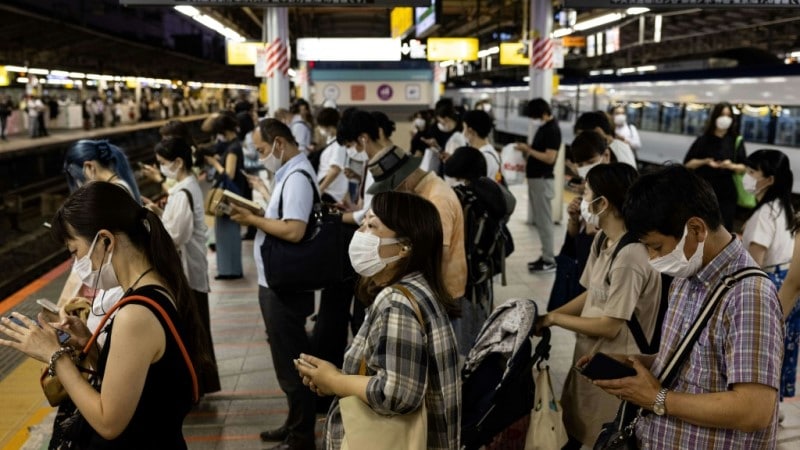 Five people have already tested positive in the Olympic Village, heightening fears that the influx of athletes, officials and media will add to a spike in cases in Japan

The surging global cases have dampened moods ahead of the Tokyo Olympics, due to open Friday after they were scrapped last year because of the pandemic.

Set to be held with no spectators and with a blanket of Covid rules in place, the lead-up to the Games have not been able to escape the pandemic.

Five people have already tested positive in the Olympic Village, heightening fears that the influx of thousands of athletes, officials and media will add to a spike in cases in Japan.

Olympics chief Thomas Bach said Tuesday he had agonized over the event, admitting the road to the games had not always been a smooth one.

“Over the past 15 months we had to take many decisions on very uncertain grounds. We had doubts every day. We deliberated and discussed. There were sleepless nights,” Bach said Tuesday.

“This also weighed on us, it weighed on me. But in order to arrive at this day today we had to give confidence, had to show a way out of this crisis.”