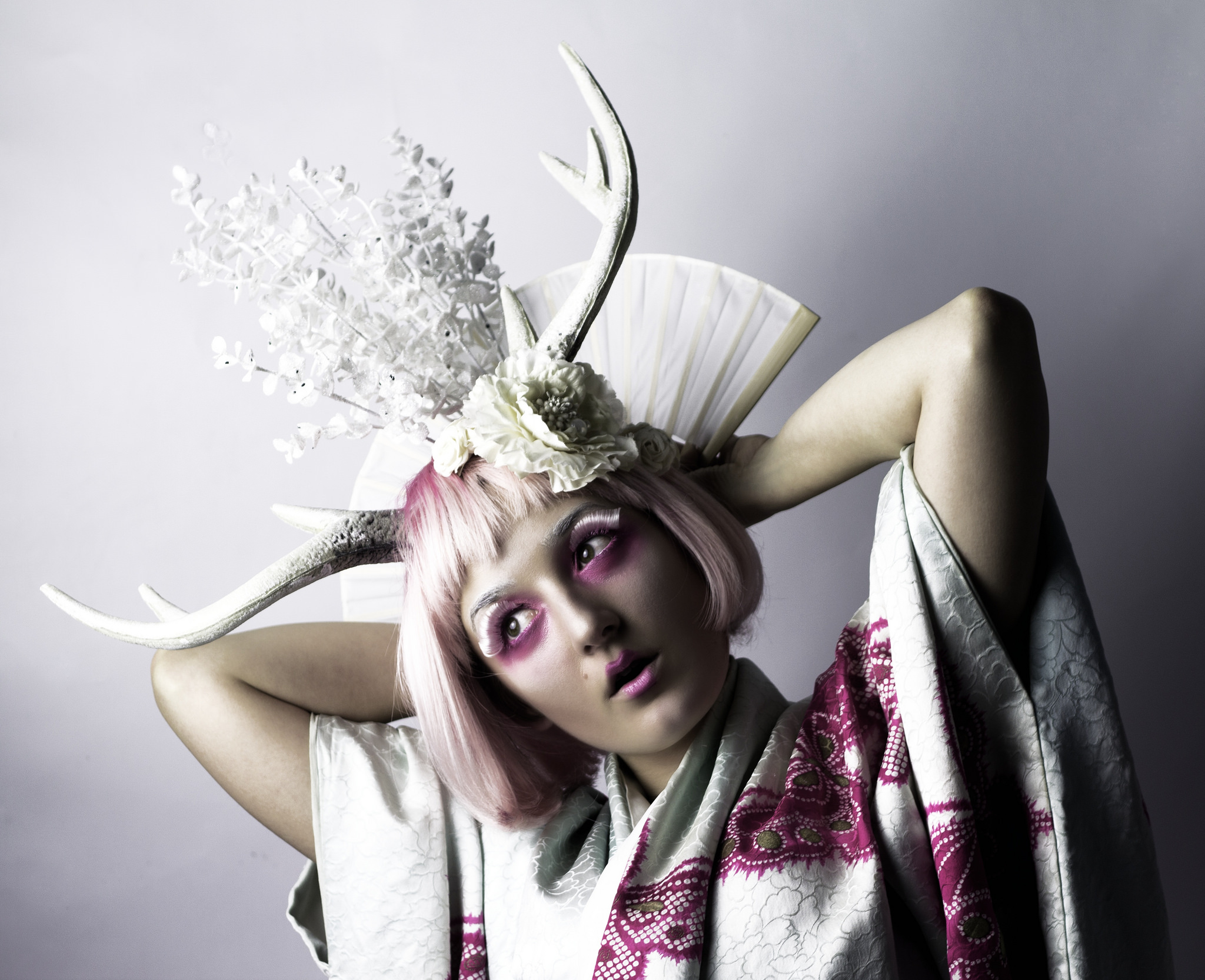 How blurred is the line between respecting a culture and insulting it?

“Look at this girl wearing a saree! Isn’t she gorgeous?” I look away from my book and peer at the phone thrust onto my face. I stare blankly at the screen, watching a caucasian woman posing in a bright red and gold saree as if it was made just for her. “Looks nice.”

This was not the first time I had seen someone— someone not Indian— wear traditional Indian clothes. At some point, it becomes a familiar sight. You see it in magazines, websites, pretty much everywhere. It’s a fad. It’s style. Isn’t it?

Being Indian myself, it never fazed me. But something about it always rubbed me the wrong way. I was indifferent, yes, but it did not feel right. Somewhere deep down inside of me, it did not feel right seeing somebody wear a saree. Somebody who did not live by the roots of my culture. Somebody who probably knew absolutely nothing about where her lovely dress came from, and most of all, what it represents.

I first encountered the words ‘Cultural Appropriation’ back in 2011. A female Chinese student was enraged that an American woman had chosen to wear a qipao to her high school prom. She wrote, “This is cultural appropriation and I will not stand for it!” I read the sentence over and over again. To a 16-year old whose only concerns in life were passing math class and going on dates, I could not grasp what this woman was so angry about.

I took to Google and typed in ‘Cultural Appropriation’ and read the first definition that popped up. Almost instantly, I related to that outraged Chinese stranger. I felt her anger. One thing led to another and I read about the historical significance of a qipao. Its significance to female empowerment and rebirth. How Chinese women were forced to bind their feet and keep their hair long to adhere to some twisted perception of beauty and desire. When modern feminism came rolling in, women wore qipaos to signify the end of injustice and inequality. It was a beacon of hope and strength. It was proof that they had survived.

And here, we have a caucasian woman wearing it to prom. To prom.

In that second, I could have punched a wall and left a hole as big as the one that was in my heart. From that moment, everything changed. I questioned every picture of every non-Indian woman wearing traditional Indian dresses I was supposedly okay with. Seeing them get hennas on the beach just for the fun of it. Seeing them wear bindis so they can look more “exotic”. Suddenly, the words popped in my head like a flashing neon sign, overwhelmingly bright and yet somehow, I’ve been blind to it for so long. 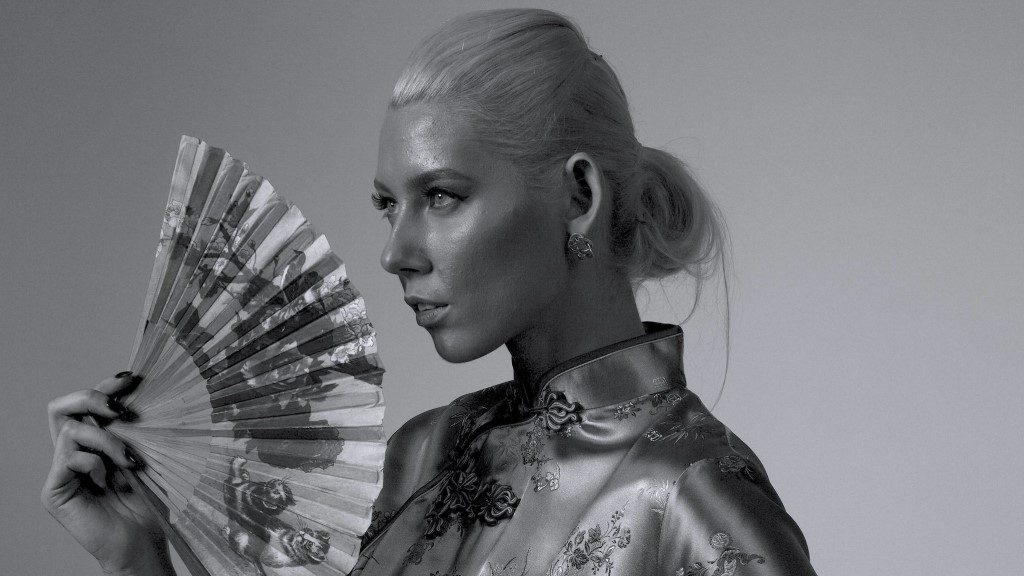 The Girl Behind The Fan | Terry Kearney

“My culture is not your costume.”

Living in your own bubble makes you comfortable— too comfortable to see the ripped edges of injustice. Briefly, I escaped the bubble and it took seeing somebody else’s struggle to fully understand the gravity of the situation. Awareness brings perspective. Perspective brings compassion. Compassion brings peace and unity.

Was it always that simple?

Appropriation VS Appreciation: Respect is Key

– the act of taking or using things from a culture that is not your own, especially without showing that you understand or respect this culture.

There’s an important word in that definition. And it encompasses the entire concept of sharing cultures. Respect.

People who have experienced cultural appropriation do not always share the same sentiments nor the same reactions as the rest. People can be enraged by its occurrence and they can also hardly bat an eye. Just like the varied responses, they also have different definitions of the concept.

Some would say cultural appropriation is merely the act of partaking in the fashion of a culture that is not theirs. But let’s be real here: it’s more than just wearing clothes they are not supposed to wear. The issue is the disrespect. And, of course, the occasional accompanied racist remark.

In my personal opinion, regardless of culture, we are a single universe. Before being Indian, before being Chinese, before being American, before being French and Spanish and Indonesian and Korean— before being anything— we are humans. Pride in one’s own nation is a beautiful thing, but pride with boundaries is a nationalistic bubble. Yes, we fought and suffered for our cultures. But is that not why we have been fighting in the first place? For the freedom to let people have a choice? Every single nation in the world has struggled to be where it is now. We are no different from one another.

As a woman from India, I can say, “Go ahead, wear that saree and wear it with Indian pride regardless of where you come from.” But before even thinking about putting it on, read about its significance. Read about its history. Our history. Wear it with respect. Wear it knowing that your appearance means absolutely nothing compared to the sanctity of the wardrobe. I am not going to stop anybody from appreciating my country as long as that appreciation is genuine.

I’m not saying that fault lies only in a single side. The ones being oppressed can surely get it wrong too. One could wear a matador outfit with the utmost respect while being fully informed of its representation and history and still be vilified by society. As people, once we see our culture being personified in other nations, instead of expressing immediate displeasure, let us teach them. Let us ask if they understand the sentiment of their choice. You never know, people can surprise you. Especially in this day and age where society is getting more ‘woke’ by the minute.

There are exceptions though. Never, and I mean never, wear an ethnicity or a race as a Halloween costume even if you are trying to be respectful. Nationality is not just something you can ‘be’ for one day. The act is an insult and a mockery to a nation, especially when its culture and traditions have taken years to be fully cultivated. Furthermore, Halloween carries a vibe of light, edgy and trivial fun. Sacred garments and identities do not fit into that category.

If the intention is anything less than love and appreciation of another culture, stay away from it.

One World: One Love

Nowadays, we easily forget about the things that truly matter. We get caught up in the whirlwind of societal pressures and worldly standards. At the end of the day, we are all fighting for the same life. In the sensitivity of it all, compassion gets lost in the mix.