Elephants in India Tested for Coronavirus after Rare Lion’s Death 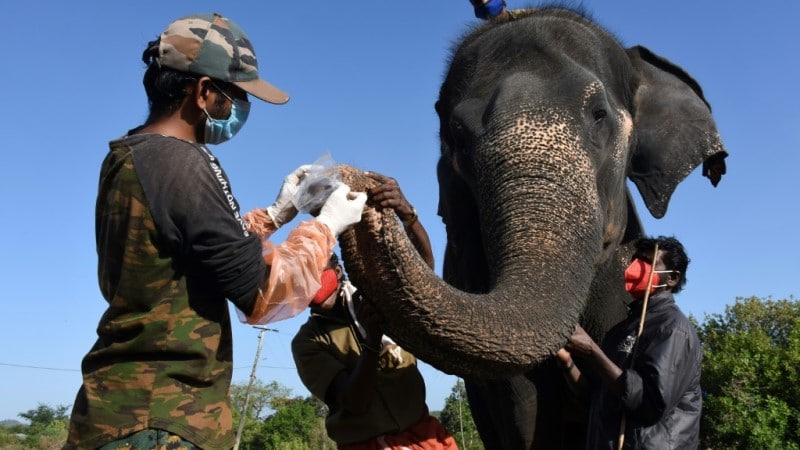 Twenty-eight elephants have been tested for Covid-19 at a forest reserve in southern India, officials said Wednesday, after the reported death of a rare Asiatic lion from the virus.

In what is believed to be the first known death of an animal in India from the coronavirus, a nine-year-old lioness at a zoo in Chennai in Tamil Nadu state passed away in early June, local media reported.

The feline was among nine lions that had tested positive for the virus, including two who were in critical condition, Chennai’s The New Indian Express newspaper reported last week.

“After lions in Vandalur Zoo tested positive for Covid-19, we were asked to test the camp elephants as a precautionary measure,” a forest ranger at Mudumalai Tiger Reserve in the south of Tamil Nadu told AFP on Wednesday. 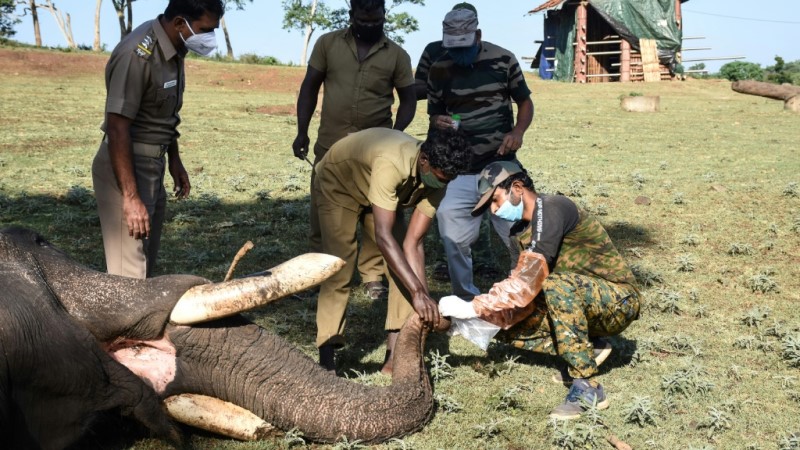 The animals’ handlers lifted their trunks to collect a sample from a nostril, according to video shared by the reserve. They also inserted swabs into the elephants’ rectums.

The results are expected to arrive in a week.

“The animals had no symptoms, it was just as a precaution,” the ranger said.

“There was no difficulty in taking the sample swabs themselves as these are all trained elephants.”

Some 21 tigers in a zoo in the eastern state of Jharkhand underwent virus tests last week after a 10-year-old tiger with a fever died, local media reported.

The tiger had returned a negative rapid antigen test but officials said they were also awaiting results from an RT-PCR test, the Press Trust of India reported.