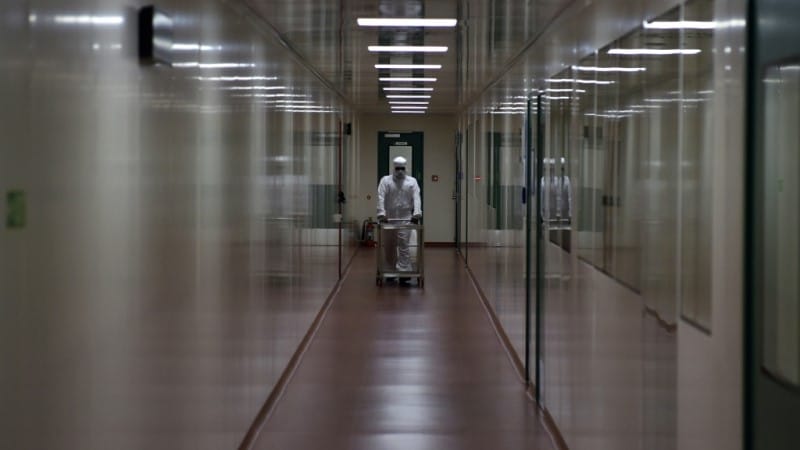 An employee in protective gear pushes a trolley inside a lab at India’s Serum Institute in Pune, where coronavirus vaccines are being manufactured

The tiny clinking vials supervised by silent PPE-wearing technicians belie the excitement inside the world’s largest vaccine manufacturer, the Serum Institute of India, a major player in the fight against coronavirus.

The firm, founded in 1966 in the western city of Pune, is producing millions of doses of the Covishield vaccine, developed by AstraZeneca and Oxford University, for India and much of the developing world.

Unlike the rival Pfizer-BioNTech vaccine, Covishield can be stored and transported using standard refrigeration.

It is also significantly cheaper than the vaccines developed by Pfizer or the US firm Moderna, making it better suited for countries with poorer populations and rusty infrastructure. 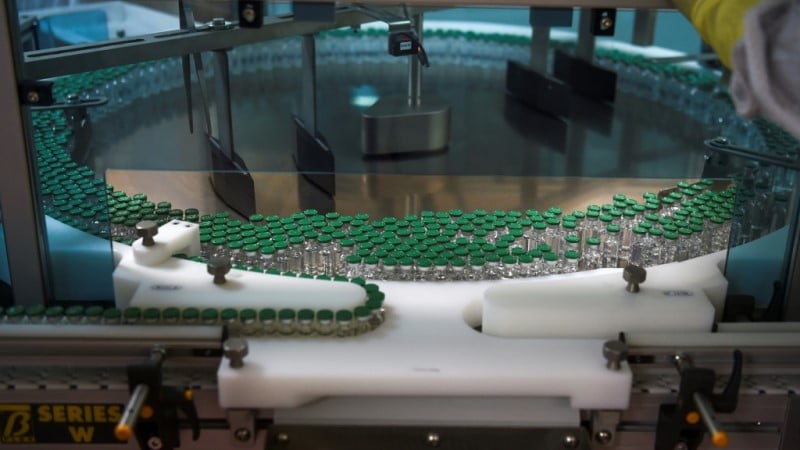 An assembly line for manufacturing vials of Covishield, the vaccine developed by AstraZeneca and Oxford University

Even before the pandemic, the Indian firm was a world leader in vaccines, producing 1.5 billion doses a year and inoculating two out of three children in 170 countries against diseases such as polio, mumps, meningitis and measles.

Its journey kicked off on a stud farm, where the firm’s owners, the Poonawalla family, began breeding horses in 1946, before a conversation with a vet sparked the realization that anti-toxin serum extracted from the animals could be used to make vaccines.

The Serum Institute soon became a market leader thanks to its cheap and effective drugs, which were eagerly sought after by price-conscious governments and consumers, prompting the company to expand at a dizzying rate.

As a result, when the coronavirus pandemic began to sweep across the world, the company, which recorded annual revenues of over $800 million in 2019-20 and is debt-free, was in pole position to reap the rewards. 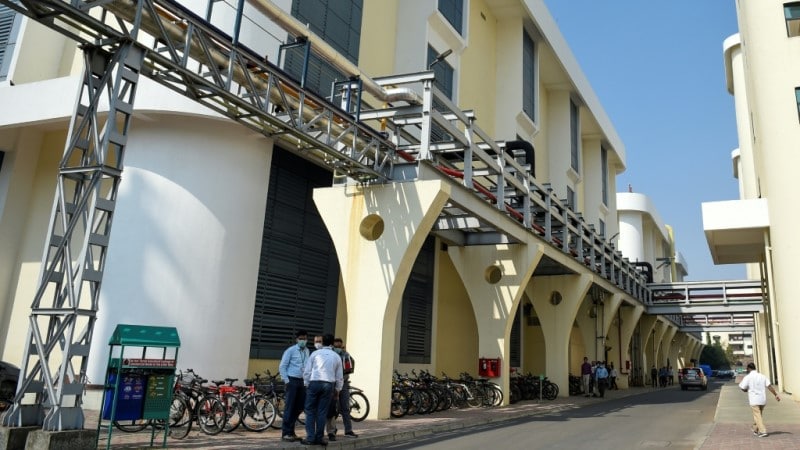 The palm-fringed Pune campus, whose grounds boast horse-shaped topiaries in a playful nod to the firm’s origins, is home to several buildings where vaccines are manufactured and scrutinized for quality before being deposited into sterilized vials and stored for delivery.

From Brazil to South Africa, there is no shortage of customers, with governments clamoring to buy Covishield.

With Poonawalla vowing to reserve 50 percent of Covishield stocks for the Indian market, New Delhi, which intends to immunize 300 million people by July, is engaging in a bout of vaccine diplomacy, planning to supply 20 million doses to its South Asian neighbors.

If all this sounds overwhelming, the firm’s bosses are not worried.

“We are used to these kinds of pressures because even in the past there were situations when we were required to step up the production to meet individual countries’ requirements,” Suresh Jadhav, Serum Institute’s executive director, told AFP.

Even a deadly fire at an under-construction building this week failed to dent confidence, with Poonawalla promptly tweeting that “there would be no loss of #COVISHIELD production due to multiple production buildings that I had kept in reserve to deal with such contingencies”. 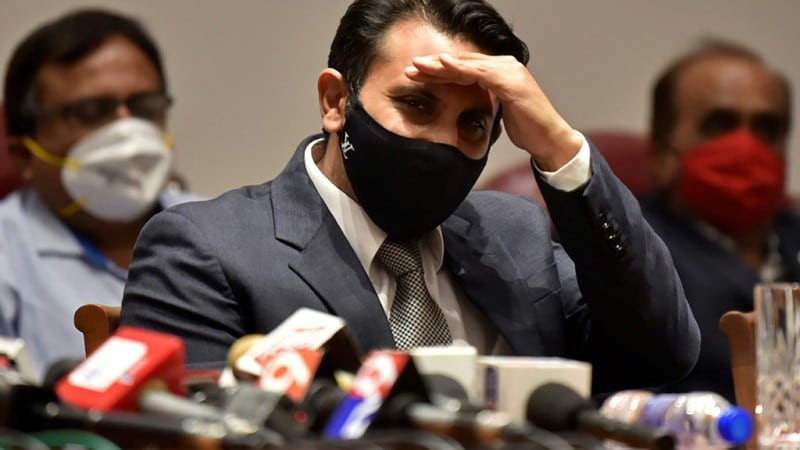 The pandemic has transformed Poonawalla’s public profile, from a jet-setting billionaire known for his expensive taste in cars and fine art to a pharma-tycoon applauded for his willingness to take risks and his commitment to affordable vaccines.

Unsurprisingly, the father-of-two has not held back from taking so-called anti-vaxxers to task, including berating US rapper Kanye West for spreading conspiracy theories.

“Though we enjoy your music very much @KanyeWest, your views on #vaccines come across as irresponsible and borderline dangerous, considering the influence you have today and may have in the future; vaccines save lives,” Poonawalla tweeted in July.