Lavish Indian Wedding Goes on a Diet as Economy Slows

by Vishal Manve
India's weddings are famously lavish -- lasting days and with hundreds if not thousands of guests -- but this season many families are cutting costs even if it risks their social standing.

It is symptomatic of a sharp slowdown in the world’s fifth-largest economy, with Indians spending less on everything from daily essentials to once-in-a-lifetime celebrations.

Growth has hit a six-year low and unemployment a four-decade high under Prime Minister Narendra Modi. Prices are rising too, squeezing spending on everything from shampoo to mobile data.

Chartered accountant Palak Panchamiya, for example, has already slashed the budget on her upcoming Mumbai nuptials by a third, trimming spending on clothing and the guest list.

“Initially I chose a dress that cost 73,000 rupees ($1,000),” Panchamiya told AFP as she picked through outfits at a recent marriage trade fair.

“But my partner felt it was too expensive, and so now I am here reworking my options and looking for something cheaper.” 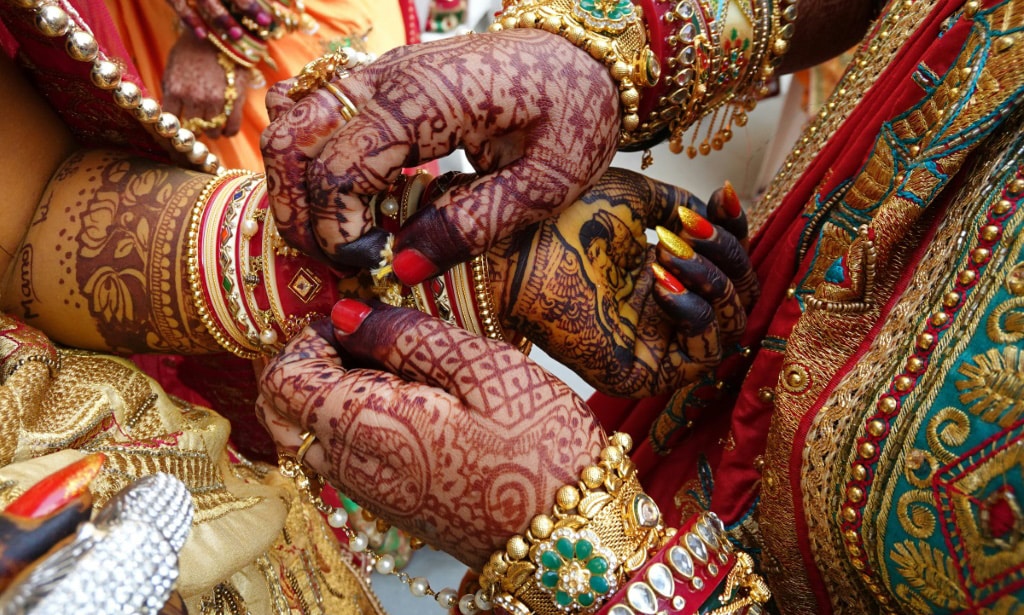 India’s massive wedding industry is worth an estimated $40-50 billion a year, according to research firm KPMG

India’s massive wedding industry is worth an estimated $40-50 billion a year, according to research firm KPMG.

The celebrations can last a week and involve several functions, a dazzling variety of cuisines, music and dance performances, and lots of gifts.

Foreigners can even buy tickets to some events.

But these days, except for the super-rich — a recent Ambani family wedding reportedly cost $100 million — extravagance is out and frugality is in as families prioritize saving.

“Earlier Indian weddings were like huge concerts, but now things have changed,” said Maninder Sethi, founder of Wedding Asia, which organizes marriage fairs around the country. 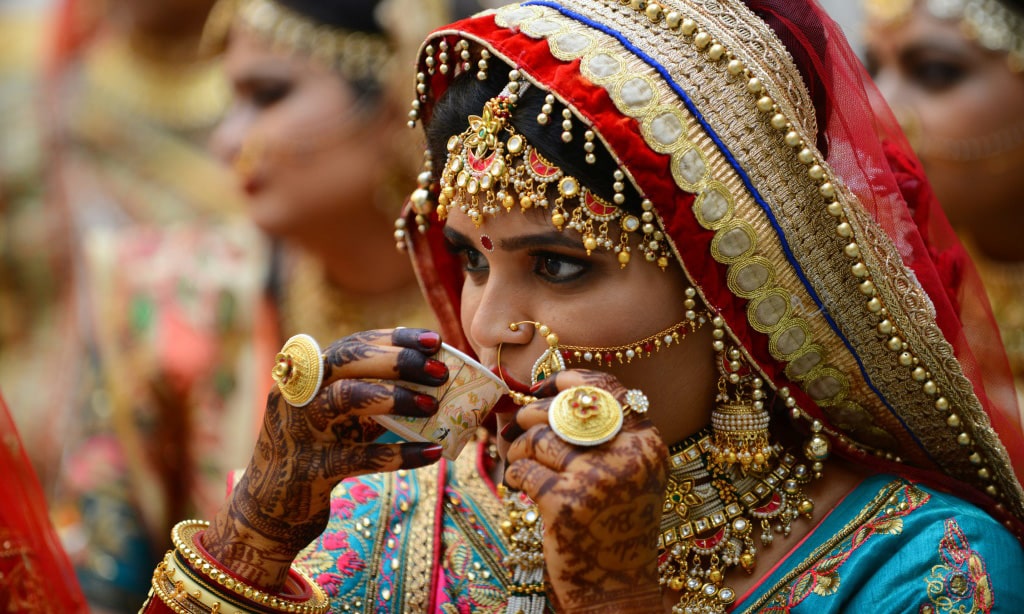 Cracks emerged in 2016 when the Indian wedding season, which runs from September to mid-January, was hit by the government’s shock withdrawal of vast amounts of banknotes from circulation in a bid to crack down on undeclared earnings.

Mumbai-based trousseau maker Sapna Designs Studio shut for months as the economy was turned on its head by Modi’s move.

“No exhibitions were happening and there were no avenues for us to sell either,” said Vishal Hariyani, owner of the clothing studio. 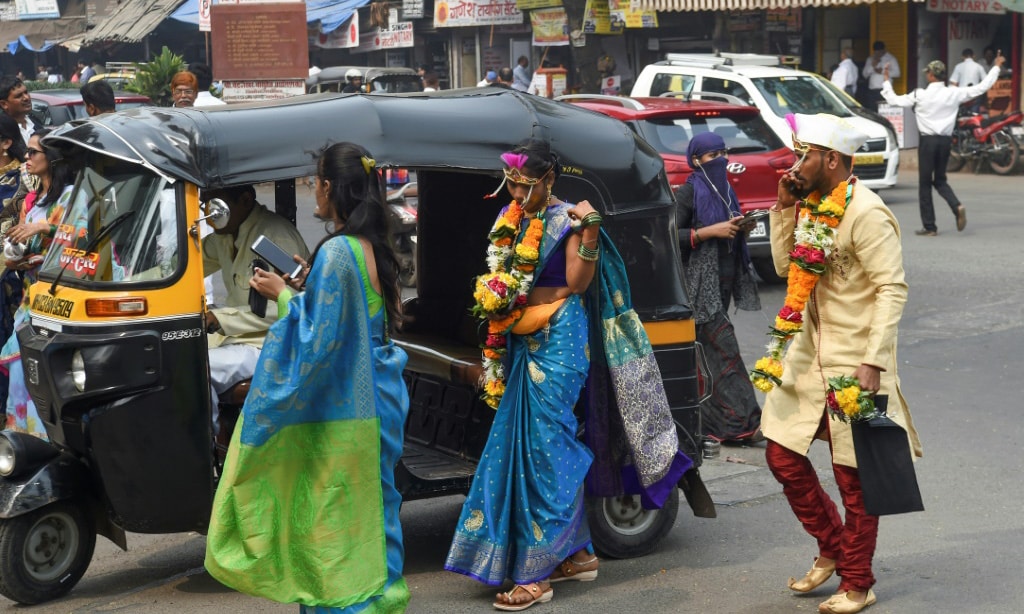 Hopes for a recovery proved short-lived when the cash ban was followed by a botched rollout of a nationwide goods and services tax (GST) in 2017 that saw many small-scale businesses close.

Since then, keeping his studio afloat has been a challenge, with consumers increasingly reluctant to spend too much, says Hariyani.

“We customize our clothes as per their budgets, and now week-long weddings have been converted to just a 36-hour ceremony,” he told AFP.

“We have to pay GST, pay workers and even offer discounts to customers,” he added. 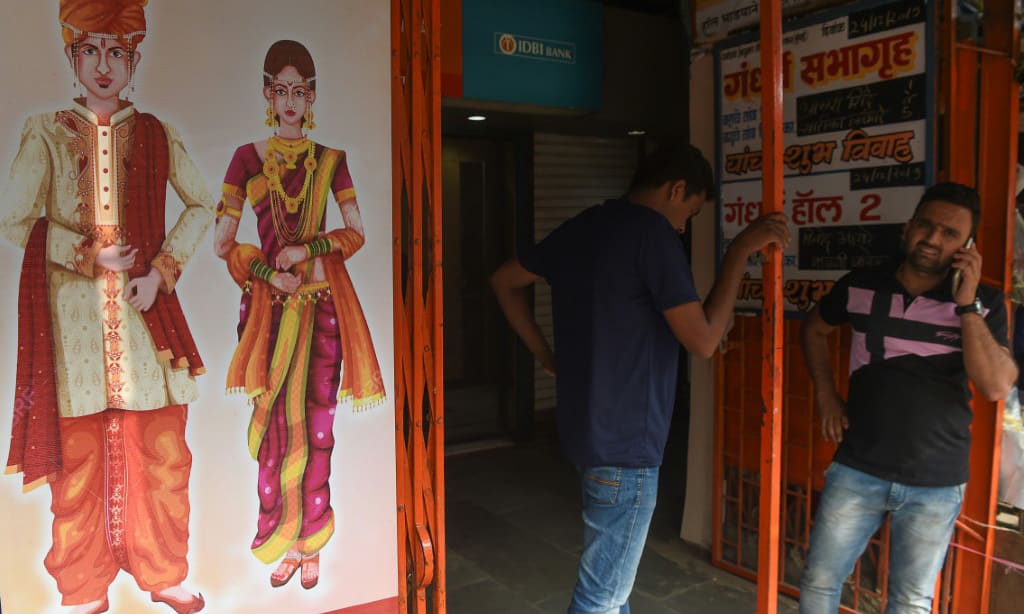 Wedding planners have taken a hit as the Indian economy slows

“The whole economy has slowed down and reduced spending on weddings is a by-product of that. Everyone except the super-rich are affected,” Pradip Shah from IndAsia Fund Advisors told AFP.

“It is reflective of how sombre the mood is,” he said.

In a country where families traditionally spend heavily on weddings — including taking on debt in some cases — the downturn is also a source of sadness and shame, with elaborate celebrations often seen as a measure of social status.

“We haven’t even invited our neighbors. It is embarrassing but the current situation doesn’t offer us much respite,” 52-year-old Tara Shetty told AFP ahead of her son’s wedding.

“In my era, we always spent a lot and had thousands of people attending the weddings,” she explained.

“My wedding was supremely grand, and now my son’s is the polar opposite.”