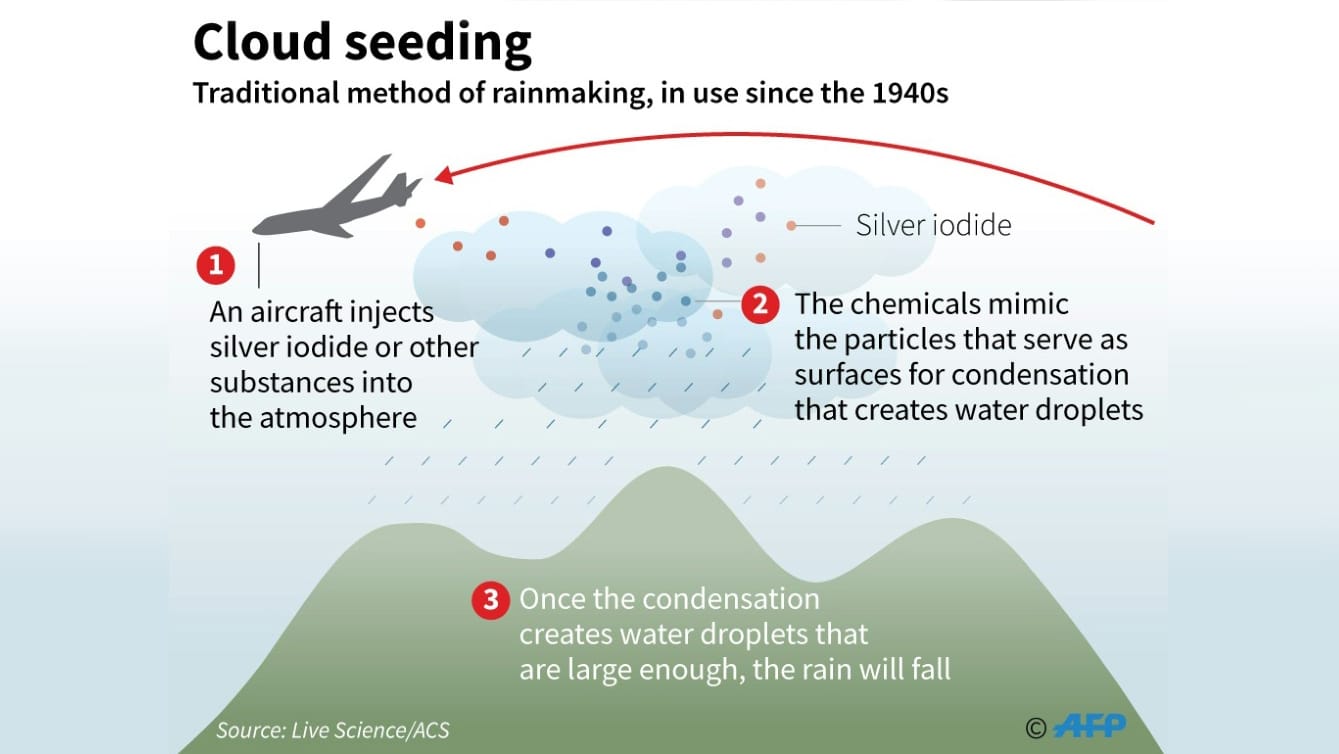 Indonesia has started cloud seeding to induce rain as the archipelago moves to head off annual forest fires blamed for blanketing swathes of Southeast Asia in toxic haze.

Last year’s fires were the worst since 2015 due to dry weather, with around 1.6 million hectares (3.95 million acres) of land, mostly on Sumatra and Borneo islands, razed by the out-of-control blazes.

Authorities deployed tens of thousands of personnel and water-bombing aircraft to tackle the fires, which are often intentionally set to clear land for agriculture — including on palm oil and pulp plantations.

Over the past two weeks, Indonesia has started cloud seeding — a technique that uses chemicals to induce rain — in hotspot Riau province on Sumatra, with plans to roll it out in other parts of the island and in Borneo.

The operations were to last throughout the dry season, which is expected to end around September.

“We’re taking this step before the forest fires start,” said Tri Handoko Seto at the government-backed Agency for the Assessment and Application of Technology (BPPT).

The initial focus would be on swampy, carbon-rich peatlands which become highly flammable when they are drained of water to grow crops, he added.

Greenpeace warned that haze and the global coronavirus pandemic could be a deadly combination, after the UN said last year that the forest fires put millions at risk from air pollution.

“This year, we are facing a global health crisis with a virus that affects people’s lungs,” the environmental group said.

“Companies and governments have a crucial and unprecedented responsibility to take steps to prevent the deadly haze from the forest fires as it will only double the threat to the health of millions across the region.”

“But we never know” for sure, he added.

“If things escalate and we see haze like last year, we might use another technique. Let’s pray it won’t come to that.”