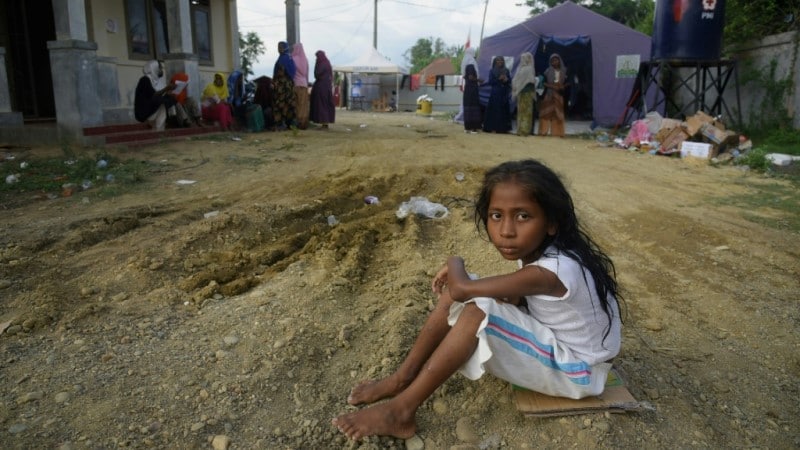 Hundreds of Rohingya refugees — mostly women and children — suffered more than 200 days of terror on the high seas, until they landed this week on Indonesia’s northern coast

When hundreds of Rohingya refugees paid traffickers to escape their squalid camp in Bangladesh, they were promised a new life in Malaysia after just one week at sea.

Instead, the group of mostly women and children suffered more than 200 days of terror on the high seas, until they landed this week on Indonesia’s northern coast, where they are now back in refugee tents.

Beaten by the traffickers, they battled hunger and thirst as storms lashed their wooden vessel, and watched in horror as the corpses of scores who died were tossed overboard, according to survivor accounts.

“We were told that we’d reach Malaysia in seven or eight days, but we floated in the water for months,” one male survivor told AFP from a makeshift tent camp on Indonesia’s Sumatra island. 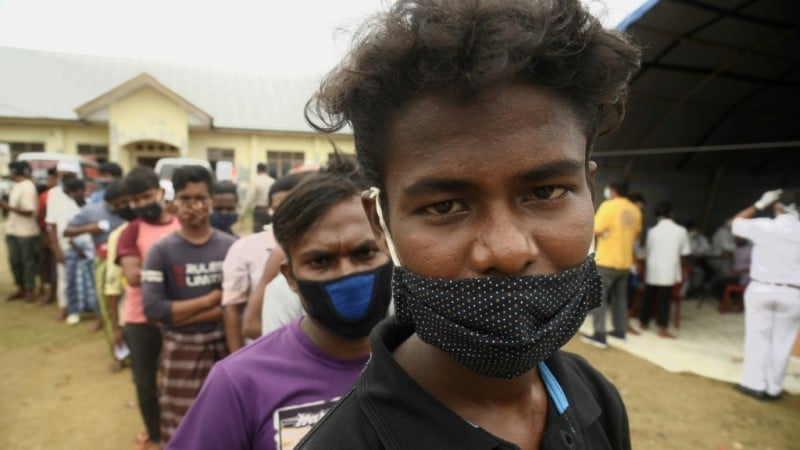 When hundreds of Rohingya refugees paid traffickers to escape their squalid camp in Bangladesh, they were promised a new life in Malaysia after just one week at sea

“We suffered miserably. (The crew) tortured us all the time, beating and cutting us.”

Kamrun Nahar, another survivor, said she lost count of how many bodies were thrown into the sea, adding “mothers and their children died” after succumbing to illness.

The new accounts — and those of nearly 100 Rohingya who landed in Indonesia in June — suggest some 800 migrants left Bangladesh on a large boat around March before being split onto smaller vessels. 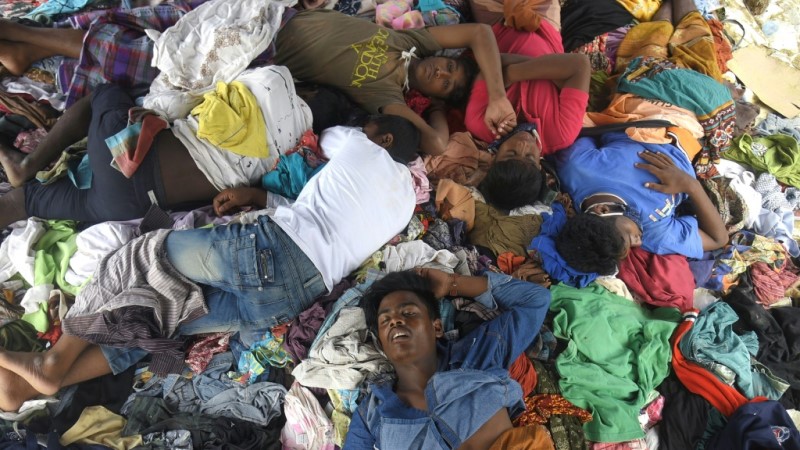 Many of the Rohingya who arrived in Indonesia this week paid up to $2,400 to get aboard, but smugglers held them hostage for months in order to extort more money from their friends and relatives, survivors and aid agencies said

Many paid up to $2,400 to get aboard, but smugglers held them hostage for months in order to extort more money from their friends and relatives, survivors and aid agencies said.

“Traffickers were said to be demanding transfers of as much as 5,000 ringgit ($1,200),” the Jakarta-based Institute for Policy Analysis of Conflict (IPAC) said in a report.

Despite their ordeal, the group looked relatively healthy, suggesting that traffickers had an interest in keeping them alive.

Experts say some smuggling boats are fitted with desalinization machines to produce potable water during the hazardous crossings. 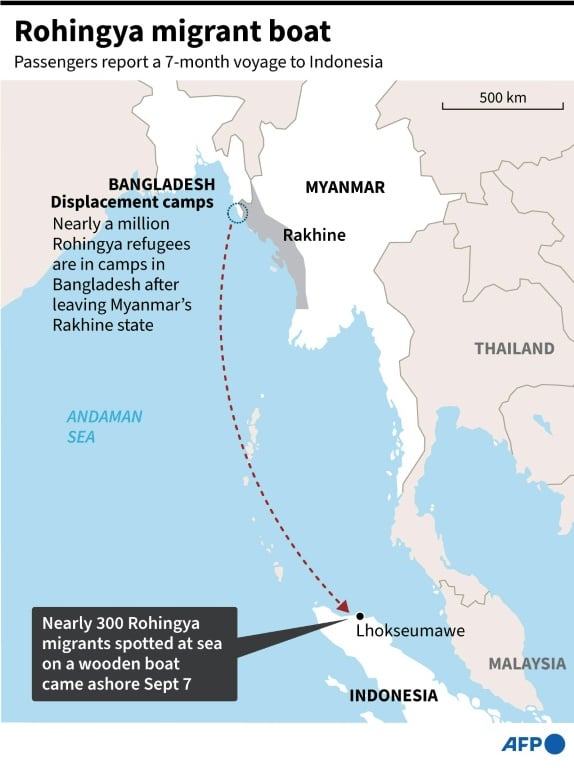 Map showing the approximate voyage taken by Rohingya Muslims who landed on the Indonesian island of Sumatra.

But the latest arrivals said they were fed little more than a handful of rice and a glass of water each day.

“The smugglers employed a kind of shuttle system, with smaller fishing boats going back and forth with food and water,” the IPAC report said.

In another twist, IPAC said many women on board were hoping to reach romantic partners in Malaysia.

“Most are already married either virtually or otherwise to men in Malaysia who financed their travel,” it said. 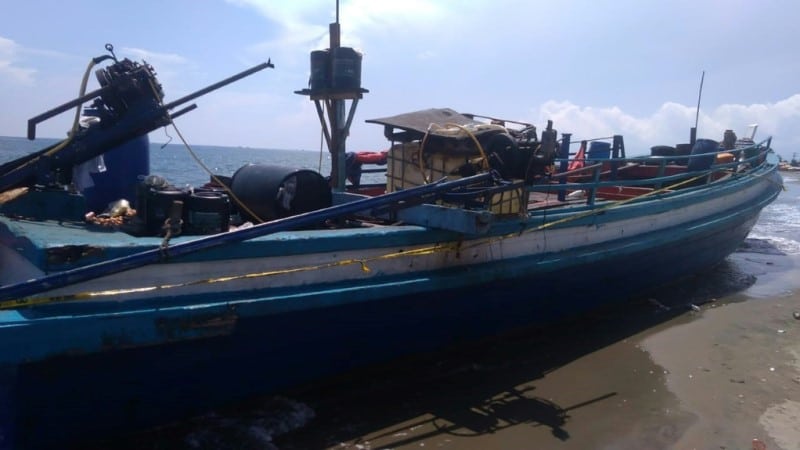 Moving refugees from a mothership onto smaller craft for transfer to shore is a common tactic for traffickers.

But it is a perilous operation and an estimated 200 Rohingya have died at sea this year, said Ann Maymann, the Indonesia representative for UNHCR, the UN’s refugee agency.

“Those who disembarked are probably those whose families have paid.”

The latest survivor accounts — including claims there could have been as many as 100 dead — could not be independently verified by AFP but they match reports given to international organizations, including the UNHCR.

Two of this week’s arrivals — a young woman and a man — have died of unspecified illnesses, although everyone was declared coronavirus-free after testing by local authorities. 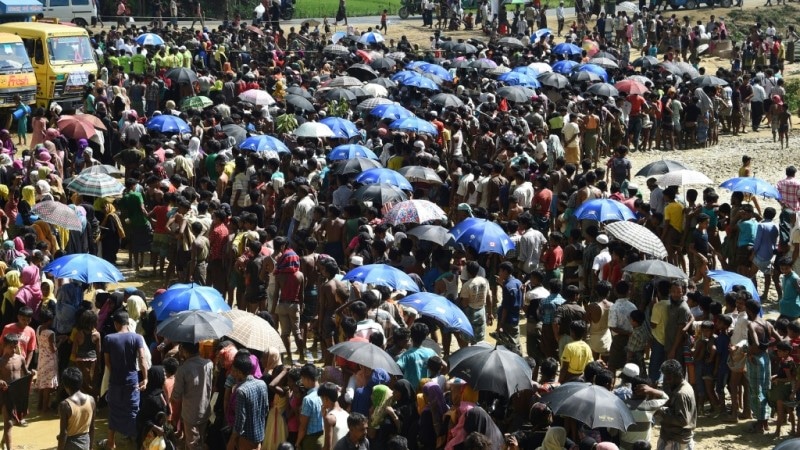 This week’s arrival was one of the biggest such landings by the persecuted Myanmar minority in years.

Around one million Muslim Rohingya live in cramped refugee camps in Bangladesh — next to their native Myanmar — where human traffickers run lucrative operations promising to find them sanctuary abroad.

The Rohingya fled from Buddhist-majority Myanmar to escape a military crackdown against them three years ago that UN investigators said amounted to genocide.

Muslim-majority Malaysia and Indonesia are favored destinations for Rohingya trying to escape Bangladesh.

Rights groups have called on Indonesia’s government to negotiate a long-term plan for Rohingya migrants with neighboring countries.

“We suffered a lot in Myanmar and couldn’t find any peace,” said Mahmud Syakir who fled the refugee camp in the hope of reuniting with his sister in Malaysia.

“I’m a poor guy, an orphan. I’ve only got a sister in Malaysia but I can’t go to her now.”

by Sarina / with Peter Brieger
PHOTOS BY RAHMAT MIRZA