The Rundown: All About Indonesia

What You Need to Know Before You Explore Indonesia

When Indonesia comes to mind, images of vibrant beaches filled with surfers, dense rainforests, and vast temples come to mind. However, this country is more than those things. If you’re traveling to the country anytime soon, here are the things you need to know.

If you’ve been to Bali, you might think you know everything there is to learn about Indonesia. However, the archipelago is more than that tropical paradise and there is so much more to the country. Comprising a whopping number of over 17,000 islands, Indonesia is arguably one of the most picturesque countries there is.

Indonesia is a great example of a county which has stood the test of time. Because of its diversity, it is the perfect melting pot of numerous cultures which now live peacefully together. From is towering waterfalls, symbolic temples, lush jungles, and vast rice fields, you will surely not run out of things to do in this astonishing country. But before you visit the country, you should acquaint yourself with its rich history, and culture.

Located just off the coast of mainland Southeast Asia in the Pacific and Indian ocean, this archipelago lies perfectly on the equator. Its five major islands are Borneo, Java, Sumatra, Sulawesi, and New Guinea. The two major island groups are Nusa Tenggara and the Maluku Islands, together with 60 other smaller island groups.

The capital of the country is Jakarta, which lies in the northwestern coast of Java.  Indonesia tops the list of the largest country both in population and landmass in Southeast Asia.

Additionally, the country is immensely rich in natural resources such as onshore and offshore petroleum, hardwood forests, minerals, and gas deposits as well.  Explorers will also love the country because two of the most astonishing endangered animals on the planet can be found here – the mighty Komodo Dragon and the adorable Orangutan.

Humans have been around for a long time in Indonesia. In fact, some evidence dates back to a million years in Java. People spread to other islands as its population grew. In the 13th century, Muslim invasions in the country began, which converted the people to Islam by the 15th century. Now, Indonesia has the largest Muslim country in the world, with over 13% of the world’s Muslims.

In the 1600s, Dutch traders saw the country as a potential stopping point for its ship. During this time, they set up posts over the area in hopes of controlling the spice trade. The Dutch called Indonesia called it the East Indies.

Shortly after Napoleon subjugated the Netherlands at the beginning of the 17th century, the British seized Indonesia for a short while. However, it was again controlled by the Dutch in 1816. In World War II, Japan seized Indonesia because of the strong interest in its oil, an essential element to keep victory on its side during the war. When the Japanese surrendered, Indonesia was able to get it Independence back in August 1945.

The country lies in the Pacific Ring of Fire has 139 volcanoes. Each year, there is approximately one volcanic eruption. Two of the most intense volcanic eruptions of the 19th century, Krakatau and Tambora, happened in Indonesia.

Additionally, earthquakes also frequently happen in the country, with three vibrations every single day, and at least an earthquake daily. This is because the islands have a bearing on the Pacific and Australian tectonic plates.  The Pacific plate moves southward while the Australian plate moves upward. This is what causes the earthquakes. It was even the epicenter of the tsunami in 2004.

The climate in Indonesia is tropical. When visiting the country, you can expect it to be hot and humid. Despite this, its mountain peaks are reasonably cold. Each year is divided into the dry and wet season. However, because the country lies on the equator, the temperature does not vary significantly. 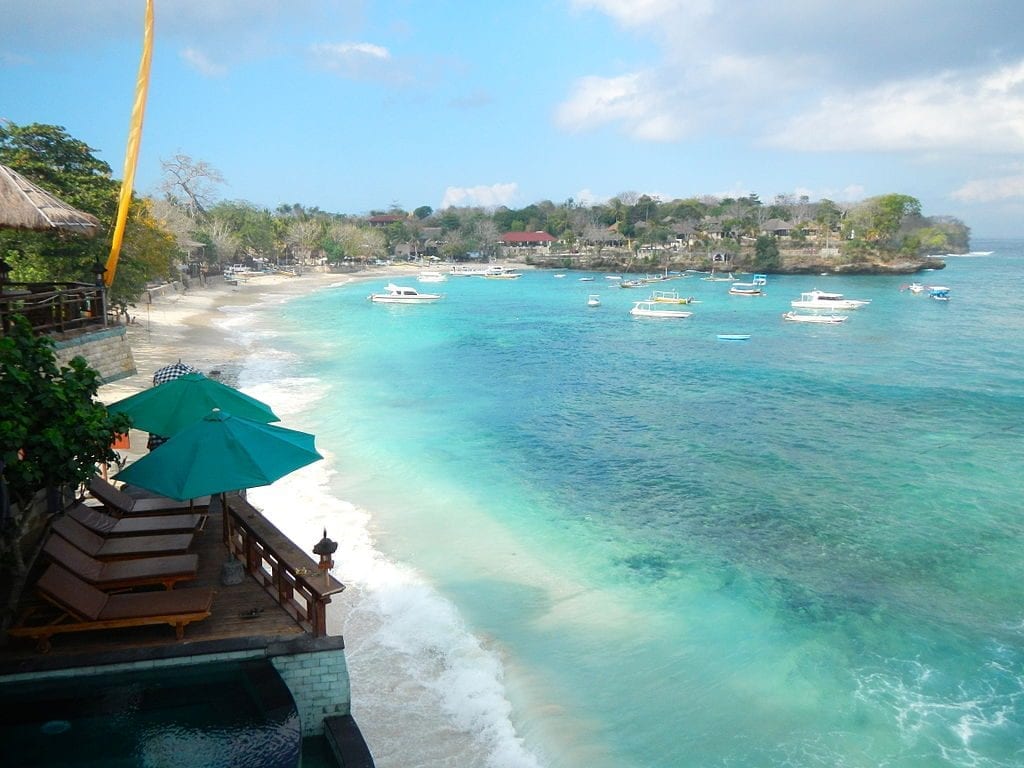 Although Islam is the most common religion in Indonesia, it is also home to numerous other religions such as Catholicism, Protestantism, Confucianism, Buddhism, and Hinduism.

The official language in the country is called Bahasa Indonesia. However, because of the archipelagic nature of the country, it does not come as a surprise that there are hundreds of other local languages and dialects such as Papuan language. Many people in the country speak the national language as well as their mother tongue. It is also easy for travelers to communicate with people because many Indonesians are fluent in English.

The diverse culture of Indonesia reflects in many influences from the Middle East, China, West, India, and many more. Rice is a major element of Indonesian cuisine. In fact, its government employees receive rice rations monthly! However, corn is more important for people in West Timor, and Sago is the staple in certain parts of Sulawesi and Maluku. Aside from rice, it is almost impossible to eat an Indonesian dish without chili and other spices.

Other Incredible Facts About Indonesia

Love the Beach? Indonesia Would Be Perfect For You

Because Indonesia is an archipelago, it is expected to have a very vast coastline. The country boasts over 54,716 kilometers, the second longest in the world. Whether you love white sand beaches or black sand wonders, Indonesia has something for you.

Indonesia Exports around 3,000 tons of frogs’ legs to France every year.

One of the major things exported by Indonesia is coffee. However, one kind stands out from the rest – coffee made from poop. Yes, you read that right. It turns out, the Asian palm civet and coffee berries make a perfect recipe to wake you up early in the morning.

The Asian Palm Civet is a cat-looking mammal which is fed with coffee berries. When these animals defecate, their poop is collected, washed, and made to kopi luwak or civet coffee. Although this might sound repulsive, it is a hit among many countries.  The civet’s stomach enzymes allow the coffee to have a very unique and rich flavor without bitterness. Kopi luwak is also immensely expensive.

Hinduism in Indonesia is common, especially in Bali. This is why this place is laden with tons of superstitions. An example of an unusual superstition is they believe that the baby’s foot should not touch the ground for the first six months of its life. This is done because it is believed that the devil might enter the child if this would happen.

Home to the Biggest Buddhist Temple in the World

Although Indonesia is predominantly Islam, Buddhism is booming. The temple of Borobudur, located approximately 40 kilometers northwest of Yogyakarta in Java is one of the most popular temples in the world.

This temple was amazingly built from over 2 million stone blocks for a period of 75 years on the 8th and 9th century during the reign on the kingdom of Shailendra. The beautiful temple was mysteriously abandoned during the 14th century and it became virtually hidden under a layer of volcanic ash. However, it has now soared to become one of the most famous tourist destinations in the country.

Get Ready for Indonesia!

With a very rich history, Indonesia is definitely one of the most mesmerizing monuments of human civilization. This enigmatic and captivating land has an abundant supply of things that will awe you. It would take more than a lifetime to explore all of the wonders that the archipelago can offer. Whatever your interests are, Indonesia surely has something perfect for you.