Modern Art Vietnam: A Case of Breaking Away 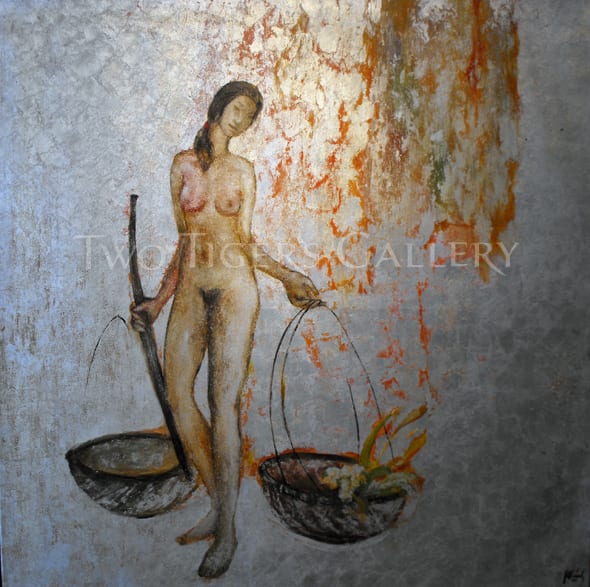 “Vietnam’s contemporary art scene is still under the shadow of its war-torn history – but its artists are finding homes elsewhere in the world.”

When we speak about art, we are usually faced with the prospect of not just expressing, but letting one’s milieu stream out of the art itself.

While there are many talented artists in Vietnam, the strictures of the socialist government prevent many of them from fully expressing themselves, especially when questions of politics and freedom are included in the artistic narrative.

These are the artists that broke free from the strictures of the Vietnamese government by baring their artistic souls to the global art scene.

What is well worth mentioning here is that artist who able to go beyond their domestic art scenes often find a home either in the United States, or in European countries, supported not just by museums, but also art institutions, universities, and other related institutions that have a stake in the global art scene and market.

Dao Anh Khanh is a Vietnamese artist that has garnered international acclaim for his surrealist works of art that focus on human figures, natural objects such as rocks, and landscapes.

His current lineup of works includes “A Sounding Space DAK-06” which features a horn-like object arching up to a blood red sky, and with mushrooms growing from its top.

The landscape is bare and miserable, and two human figures stumble and fall over themselves below the titanic horn. One of the human figures, a female, appears almost headless with her extremely long neck, and pea-sized head.

Tran Dong Luong is another Vietnamese artist who has experienced censorship from the government in the but still chose to work with the government on some occasions, in what appears to be a compromise between artistic freedom and a form of nationalism, where cooperating with the government becomes equal to loving one’s country.

Tran Dong Luong’s utilizes performance art, span paintings, and installation to communicate his ideas to his audience. The Guggenheim has even acquired his video installation Lap Loe in 2012 for its own private collection. Tran Dong Luong also serves as a curator for different institutions in Asia, including the Singapore Biennial.