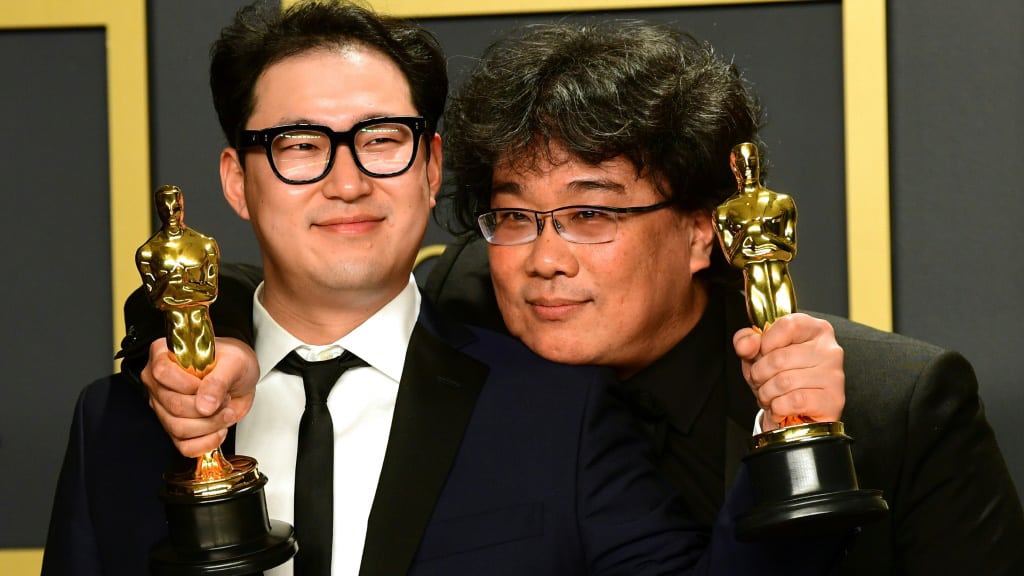 The unprecedented Oscar haul for South Korean director Bong Joon-ho black comedy “Parasite” has shattered a 92-year-old glass ceiling and opened a new era for Korean and other foreign films on the global stage.

The film, shot in Korean and without any international cast members, achieved a feat that could potentially be game-changing.

“Not only did director Bong change South Korea’s cultural history, he also changed the history of Hollywood,” the South’s major daily Chosun Ilbo wrote in its editorial Tuesday. 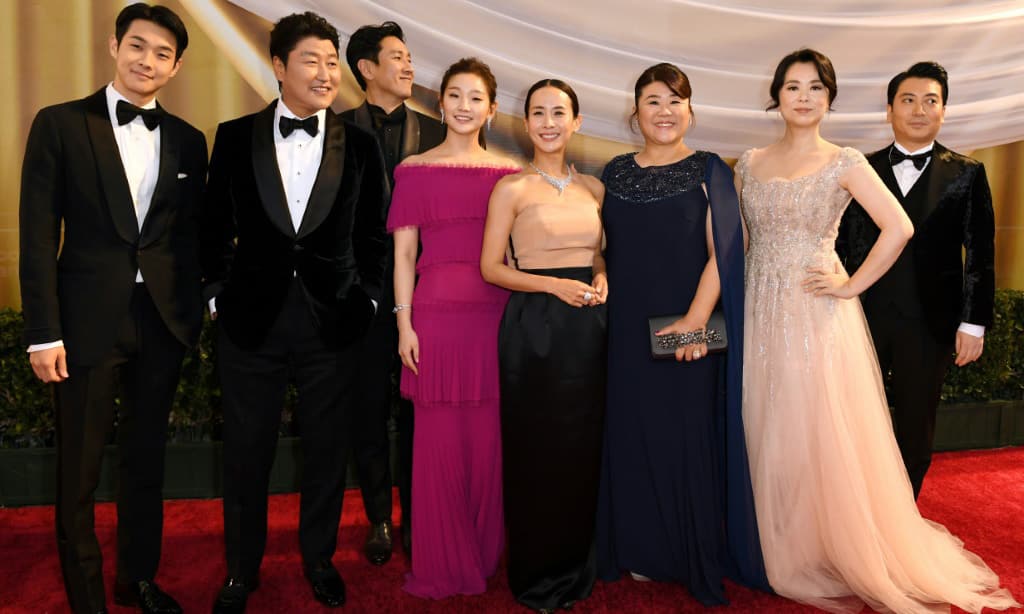 Shot in Korean and without any international cast members, the Oscar-winning film “Parasite” has achieved a feat that could potentially be game-changing

The Academy had been “obsessed with English-language films made by white people” it said, so that it was harder “for a Korean person to win an Oscar with a Korean-language film than be awarded a Nobel prize for literature”.

But the movie’s awards — it also took best director and best original screenplay, as well as best international feature — signaled the “arrival of a new era” and created “tremendous potential” for foreign pictures in the US, said Gina Kim, a professor at UCLA and filmmaker originally from the South.

Hollywood “still prevails and dominates the film industry worldwide”, she told AFP, and “has been notorious for not allowing foreign language film to enter its own ‘turf’. With the success of ‘Parasite’, it is changing”.

After his victory, the director told reporters that people around the world were increasingly connected. 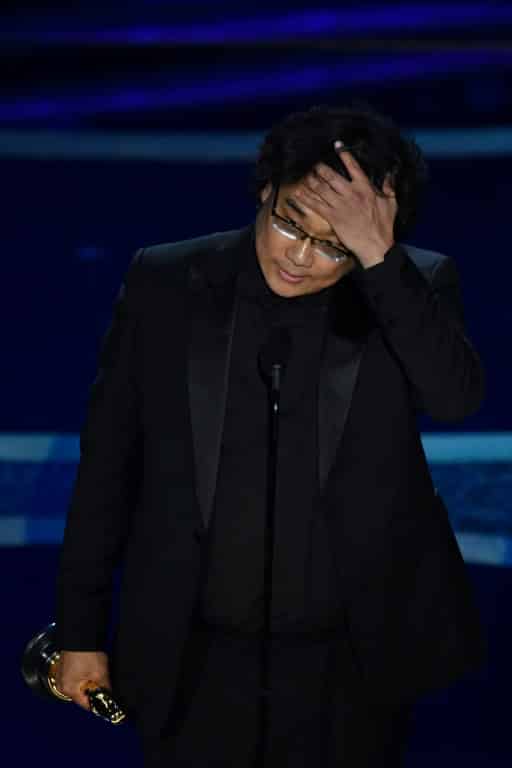 After his Oscar victory, South Korean director Bong Joon-ho told reporters that people around the world were increasingly connected

Bong’s historic win comes a year after the 100th anniversary of South Korean cinema in 2019.

The country boasts the fifth-biggest film industry in the world, and has become increasingly prominent on the festival circuit in recent years and decades.

In 2004, Park Chan-wook’s action thriller “Oldboy” took the Grand Prix at Cannes, and director Kim Ki-duk’s 2012 drama “Pieta” — a violent tale of a loanshark — won the Golden Lion at Venice.

Unlike its neighbor China, where movies and other creative content are regularly censored, the South has enjoyed diplomatic soft power by virtue of its cultural exports in multiple fields, with K-pop and boyband BTS high-profile examples.

Korean cinema underwent a renaissance in the 1990s with the advent of democracy after decades of military rule.

In 2007 the country’s left-leaning former president Kim Dae-jung told government officials: “Provide financial support for artists, but never interfere with what they do. Once government intervenes, the creative industry will go broke.”

Nonetheless, thousands of artists, including directors Bong and Park, were later secretly blacklisted by the conservative administration of Park Geun-hye, who was brought down by street protests over corruption and abuse of power.

Bong’s Oscar win is “a significant opportunity for the Korean film industry to showcase its wealth of talent that has been flourishing for decades,” said Jason Bechervaise, a professor at Korea Soongsil Cyber University.

“It has problems like any industry but I suspect its neighbors in the region will be rather envious.”

Using a medium banned in its own country, the global arm of Chinese state broadcaster CCTV tweeted plaintively on Tuesday: “The #Oscars are over – Time to explore the best in Chinese film”.

Bong’s win was a “surprising step forward” for diaspora Asians, he said, adding that many still feel invisible in North America.

Kieran Meyn, a Korean-American who grew up in suburban Connecticut with “much pressure” to assimilate, said watching Bong’s speech at the Oscars was unforgettable.

“There are only so many days where you can go to school and have kids call you all kinds of names and pull their eyes into slits,” he told AFP.

“‘Parasite’ winning these awards, while telling a Korean story, featuring a heavily Korean cast and crew, in Korean – proves that ‘it can happen here; in America’.”