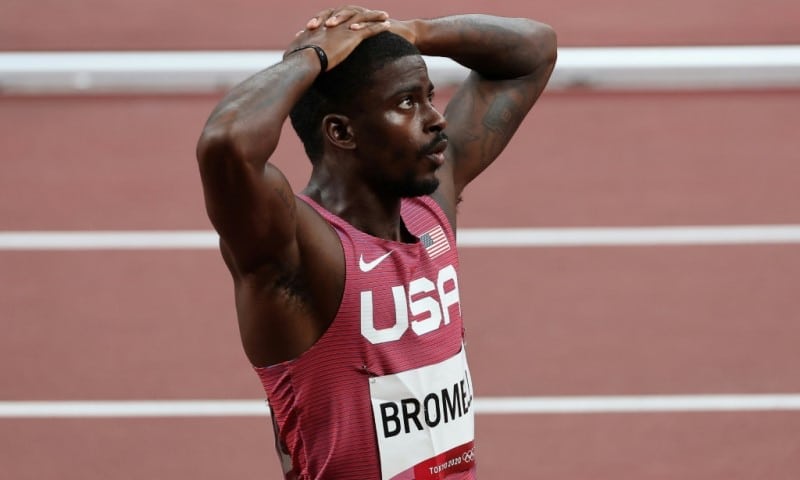 Trayvon Bromell, the fastest 100m in the world this year, failed to qualify for the Olympic final

China’s Su Bingtian ran an Asian record of 9.83 seconds to qualify for the men’s Olympic 100m final on Sunday, while US medal hope Trayvon Bromell missed the cut.

Su, 31, shattered his previous best of 9.91 to storm to an impressive semi-final win over American Ronnie Baker in a photo-finish.

Italy’s Lamont Jacobs finished third in a European record of 9.84 and fourth-placed South African Akani Simbine in 9.90, the pair taking the two fastest spots on offer after the two automatic qualifer places from the three semi-finals. 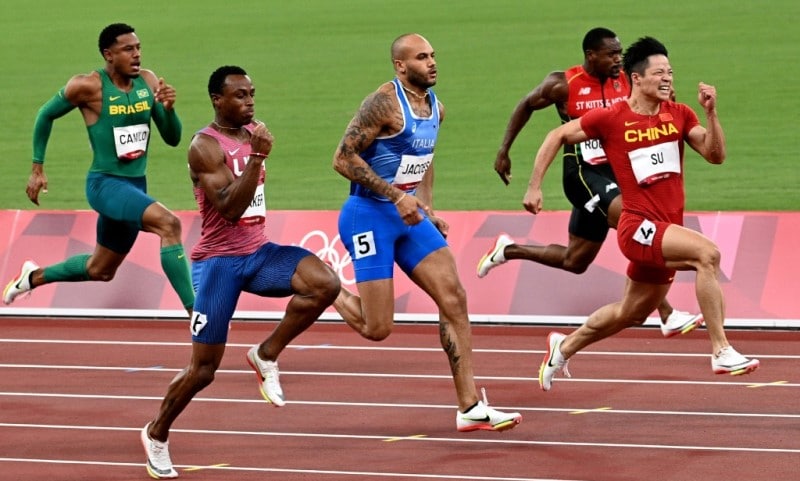 British hopes were kept alive as Zharnel Hughes won the second semi in 9.98 ahead of Nigerian Enoch Adegoke, who was awarded second place in a photo finish with Bromell after both timed 10 seconds dead.

Bromell had come into the Olympics as hot pre-race favorite having set the fastest time this year of 9.77sec, the seventh-quickest in history.