What’s Happening in Myanmar, Six Months after the Coup? 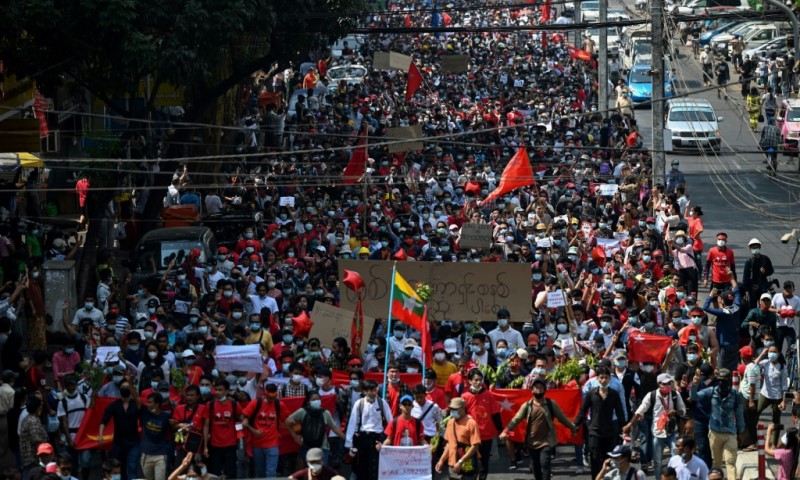 People are still protesting against Myanmar’s junta, but in nothing like the numbers seen in the early weeks after the coup

The junta has consolidated its position after a lethal crackdown on street protests, which have continued in a limited form despite the violence.

AFP takes a look at the current state of play inside Myanmar: 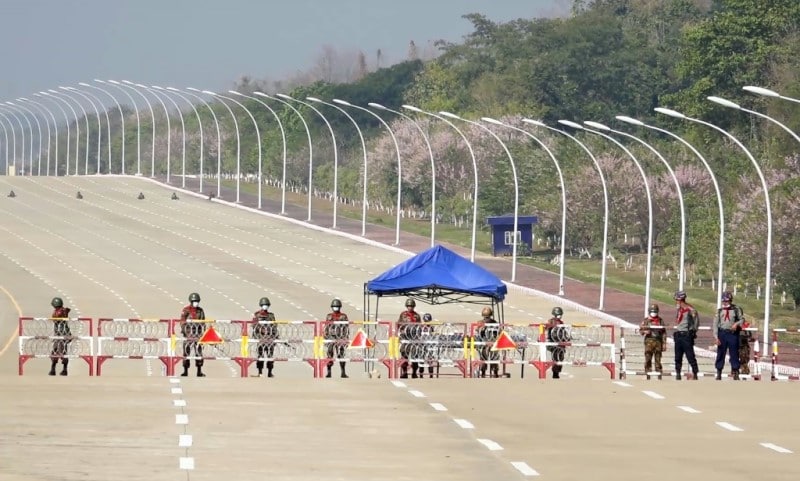 Myanmar’s junta has consolidated its position after a lethal crackdown on street protests, which have continued in a limited form despite the violence

What’s Happened Since the Coup?

The military has killed almost 1,000 people in a running crackdown on dissent, a local monitoring group says, with thousands more arrested.

Tens of thousands of civil servants and other workers have either been sacked for joining protests or are still on strike in support of a nationwide civil disobedience campaign.

A coronavirus outbreak has overwhelmed the healthcare system, with many hospitals empty due to a work boycott by pro-democracy medical staff.

“The country has fallen into chaos and is close to complete collapse,” Manny Maung of Human Rights Watch told AFP. 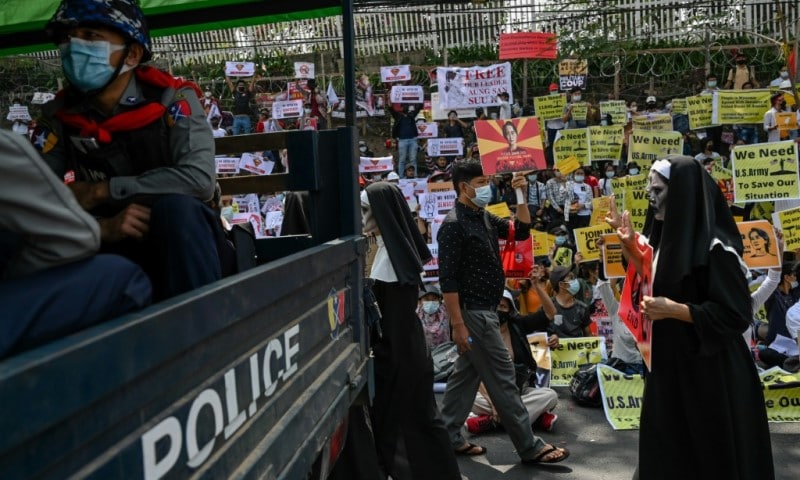 Police informers are always on the lookout, and protesters have been snatched by plainclothes officers

Yes, but in nothing like the numbers seen in February and March, when hundreds of thousands took to the streets around the country.

But even these are getting more and more dangerous — police informers are always on the lookout, and protesters have been snatched by plainclothes officers. 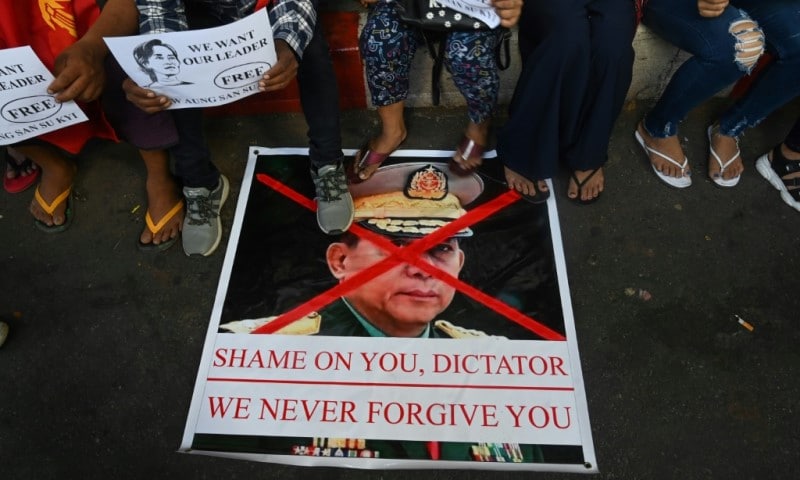 Is Anyone Fighting Back?

Several of Myanmar’s powerful ethnic rebel groups opposed the coup and have since clashed with the military.

Fighters from the Karen National Union — which has offered shelter to fleeing dissidents — attacked and razed a military base in May.

Another group near the Chinese border has also fought sporadic battles against the armed forces.

The junta hit back at both with air strikes.

Civilian guerilla groups have also taken on the military in urban neighborhoods, often with rudimentary or homemade weapons and almost no training.

What has the International Community Done?

The United States, European Union and United Kingdom have ramped up sanctions on the junta and business linked to the military.

But the generals are used to international isolation after weathering sanctions during a previous military regime.

UN experts have accused the junta of committing crimes against humanity but has so far only imposed a non-binding resolution to “prevent the flow of arms” into Myanmar.

What has Happened to Aung San Suu Kyi?

Suu Kyi, 76, has barely been seen since the generals ousted her government and placed her under house arrest in the capital Naypyidaw.

They later brought an eclectic mix of charges against her, including illegally importing walkie-talkies and flouting coronavirus restrictions.

She could face over a decade in jail if convicted on all counts.

What Does the Future Hold?

Backed by allies Russia and China, and outgunning pro-democracy protesters and rebel groups, the junta looks to have consolidated its position despite continuing resistance to military rule.

It has claimed plans to stage new elections at an unspecified point in the future.