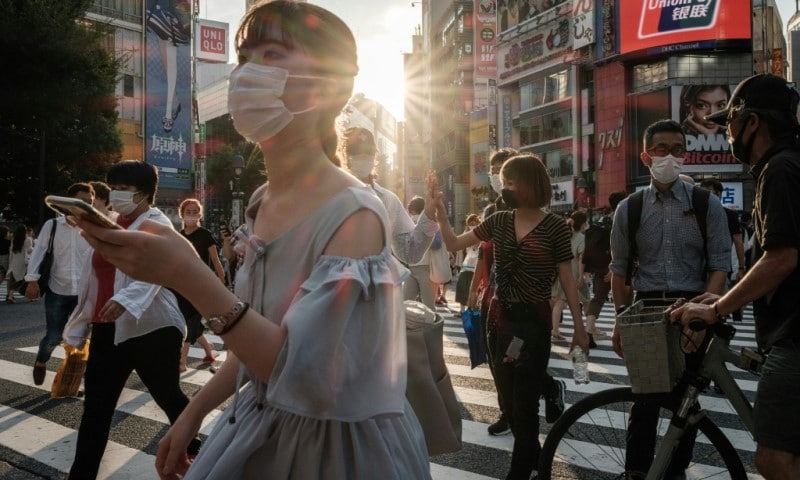 Japan on Friday extended a virus state of emergency in Tokyo and expanded the measure to four more regions as it battles a record surge in infections a week into the pandemic-postponed Olympics.

Nationwide new virus cases topped 10,000 for the first time on Thursday, and a string of government officials and health experts have warned that the more contagious Delta variant is fueling a dangerous surge.

Japan’s virus outbreak has been comparatively small, with around 15,000 deaths and no harsh lockdown measures, but only around a quarter of the population is fully vaccinated.

The record cases come as Tokyo hosts the Olympics, where organizers on Friday reported 27 new cases related to the event — the highest daily figure yet.

Prime Minister Yoshihide Suga announced the expansion of the emergency to Chiba, Kanagawa and Saitama, which neighbor Tokyo, as well as Osaka in western Japan.

The decision also means that emergency measures in Tokyo and southern Okinawa that had been due to end August 22 will now run until the end of the month.

The emergency restricts the sale of alcohol in bars and restaurants and shortens their opening hours, and there are questions about whether it will be sufficient.

“The highly infectious Delta variant is rapidly taking over and if the increase in infected people does not come down, we could see the number of people in serious condition rise and hospitals overwhelmed,” Suga warned.

Shigeru Omi, a top adviser to the government on the virus and a former WHO official, warned Japan was facing its “most significant crisis” since the pandemic.

“The fire is raging. What we have to focus is to get it under control as quickly as possible,” he said.

Japan’s case figures remain small compared to many places, with 3,300 new infections reported in Tokyo on Friday, but experts say the medical system is already at risk of being overwhelmed.

Hard to Think about Self-Restraint

The Tokyo Games, which kicked off on July 23, are being held under strict virus rules, including a spectator ban at almost all events and regular testing for participants.

But Haruo Ozaki, chair of the Tokyo Medical Association, warned Thursday that the Games were having an “indirect impact” on Japan’s virus situation.

“People find it hard to think about self-restraint when we’re having this festival,” he said.

Government officials have dismissed any link, even arguing the Games are helping keep people inside, with Suga encouraging people to “watch the Olympics and Paralympics at home”.

Japan’s vaccination rate is around 27 percent and officials say inoculations are bringing down infection rates among the elderly, who were first in line for doses.

Tokyo’s governor on Thursday urged younger people to get jabbed, but many are unable to get appointments, with the government admitting demand exceeded its expectations.

On Friday, a health ministry panel approved the use of the AstraZeneca vaccine for over-40s, but it was not yet clear when the jab might start being administered.

Currently, only the Moderna and Pfizer versions are available.

Olympic organisers meanwhile reported 27 new cases related to the event on Friday, including three athletes, bringing the total this month to 225.

Just 98 of the cases involved people coming from abroad, of the 39,800 who have come to Japan, according to organisers.

“As far as I’m aware there’s not a single case of an infection spreading to the Tokyo population from the athletes or Olympic movement,” International Olympic Committee spokesman Mark Adams said Thursday.