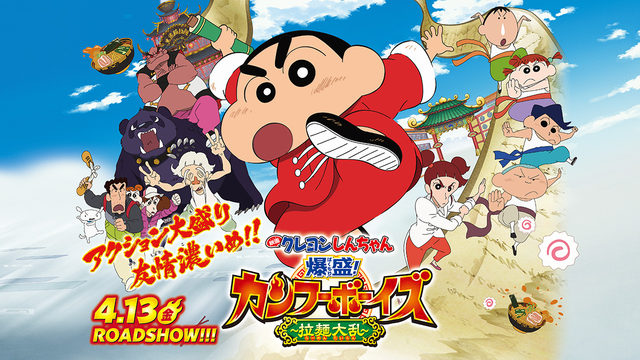 Leave it to Japan to present post-apocalyptic donut kitties to cushion sweet childhoods.

We all know that all kid’s shows are creepy on one level or another. It’s just that we were kids when we watched them, and as kids, we probably had the most twisted sense of humor.

This is probably why things seem to get out of hand in Japan, who probably holds the most records of odd things in its popular culture. We know that you know what we mean here. But today, let’s look at how Japan is hitting childhood HARD with shows that will punch screws into your grey matter.

Also known as just Shin-Chan, think of an Asian Dennis the Menace, but with lots of more lewdness, and yes – genitals poking out in odd times. Shin-Chan gets into lots of trouble as he tries to survive his days, and he’s often bored, or irritated, or both.

The English version has more toilet humor than the original, but because the plot of the stories were so weird, it’s actually easy to ornamentalize the screwy script and make it appear that poor Shin-Chan is saying things that he isn’t, really. Beyond the “man in the boy body” approach to humor, Crayon Shin-Chan is pretty well-loved in its home country.

Japan is probably still dealing with World War 2 (its legacies, that sort of thing), which is also probably the reason why it has a lot of cartoons and anime that are set in post-apocalyptic worlds.

Japan was post-apocalyptic after the US bombed it, and Japan has every right to process the collective trauma through its children’s shows. If you like donuts, sweet pastries, and cats, you will love Donyatsu.

Donyatsu features cats. That look like donuts. And if that’s not enough, there are no humans around, but there are buildings that look suspiciously like the buildings in our time, which really gets us thinking what these pastry cats did to humans.

They’re adorable, they have square heads, and they look like they’re made of Lego plastic. Enter Nyanbo! a cutesy kid’s show with a host of Minecraft-like creatures with cat heads. But they’re not really cats, they’re aliens. And these aliens just want to get home. But before they can do that, they have to find the missing pieces of their UFO spaceship. And this is where the real fun begins with their weird story.