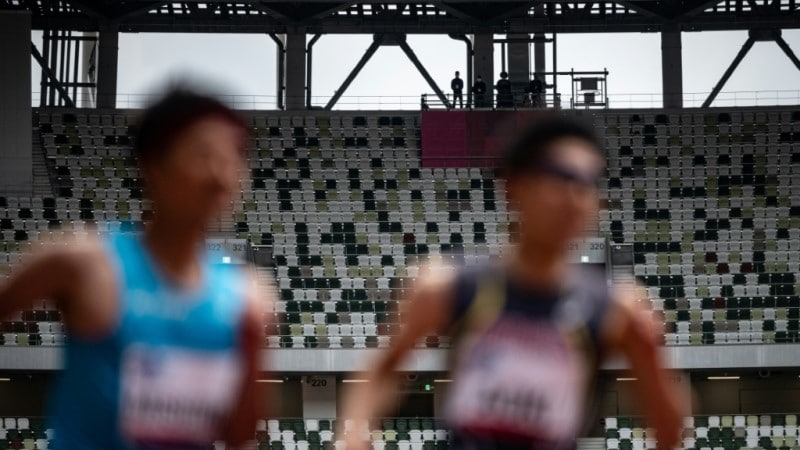 The joy has gone for French decathlete Kevin Mayer, while Australian tennis star Nick Kyrgios has pulled out because of the lack of buzz.

Athletes set to compete at the Tokyo Games are struggling to hide their disappointment at spectators being banned.

With just two weeks to go before the opening of the biggest sports tournament since the pandemic began, organizers were forced Thursday night to yield to a surging domestic virus caseload and bar spectators from the majority of Olympic events.

The decision means the Games will be the first to take place largely behind closed doors — a blow to athletes who will now compete in front of largely empty stadiums.

For some the news proved a final straw, with Australia’s Kyrgios, a crowd pleasing showman who had already cast doubt on his willingness to participate, saying he would withdraw.

“The thought of playing in front of empty stadiums just doesn’t sit right with me. It never has,” he said on social media. “I wouldn’t want to take the opportunity away from a healthy Aussie athlete ready to represent the country.”

Mayer said he would miss the roar of crowds, saying organisers were “taking away a joyful part of sport.”

Others admitted that a crowd-free stadium was far from what they had imagined when first dreaming of Olympic glory.

“When we think of the Games, we think of the audience, the atmosphere, the supporters. It was what I wanted when I was little. It will certainly be a strange atmosphere,” said French cyclist Guillaume Martin, who is set to compete in the men’s individual road race in Tokyo.

And Philippine rower Cris Nievarez, who will be competing in the men’s single sculls, said he would miss the thrill of having family and fans cheer him on.

“I think all athletes who will compete in the Olympics really want to be in the company of family or my fans who will watch,” he told AFP.

The World is Still Coming Together

But for many taking part after over a year of Covid restrictions, empty stadiums will be nothing new and a lack of adoring crowds no obstacle to smashing records.

“Our athletes have generally prepared with no spectators in mind, it was a specific part of their process around these Olympic Games,” said New Zealand Olympic Committee team psychologist Kylie Wilson.

“We’ve seen athletes recording (personal bests) without spectators and learning not to rely on the crowd to deliver their best performance.”

US swimming stars even said colleagues should look on the bright side and take advantage of the significantly different flavor of the games.

“Even though we’re not having fans this summer the world is still coming together,” said freestyle great Katie Ledecky, a five-time Olympic gold medalist.

“And I still think that’s a really beautiful thing. I know this is going to be kind of a made-for-TV Olympics. I hope that everyone around the world tunes in.”