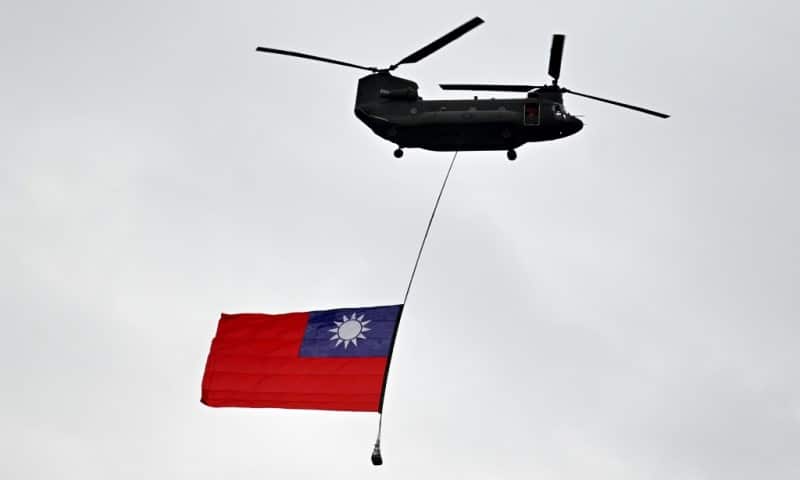 ​The Japanese white paper prompted an angry response from Beijing, which considers Taiwan part of its territory

Japan on Tuesday said US-China tensions over Taiwan are an increasingly urgent issue that threatens regional stability, as the balance of power in Asia shifts between the rival countries.

In its annual white paper — a rundown of the most pressing military threats to the country — Japan’s defense ministry referred to the tussle over Taiwan in more direct terms than ever before.

Beijing considers Taiwan part of its territory and has ramped up diplomatic, military and economic pressure on the self-governed island in recent years.

The United States has reacted to Beijing’s pressure campaign with testy words and hardline policies — prompting its ally Japan, which has key trade relationships with both world powers, to eye the situation with caution.

“The overall military balance between China and Taiwan is tilting to China’s favor, and the gap appears to be growing year by year,” the Japanese document said.

“Stabilising the situation surrounding Taiwan is important for Japan’s security and the stability of the international community,” it added.

“It is necessary that we pay close attention to the situation with a sense of crisis, more than ever before.”

The white paper prompted an angry response from Beijing.

Japan has been increasingly vocal about China’s maritime expansion and military build-up, publicly protesting the presence of Chinese vessels around disputed islets known as the Senkaku by Tokyo and the Diaoyu by Beijing.

But the country also has considerable concerns about the economic impact of irritating Beijing — its number one trading partner — after recent attempts to improve diplomatic ties.

In April, Suga and US President Joe Biden emphasized “the importance of peace and stability across the Taiwan Strait”.

While these words were cautious, it marked the first time a Japanese leader has joined a US president in a statement on Taiwan since the allies separately switched recognition from Taipei to Beijing in the 1970s.

China reacted angrily to remarks made earlier this month by Japan’s Deputy Prime Minister Taro Aso, who said his country would “have to defend Taiwan” if the island is invaded by Beijing, according to local media.