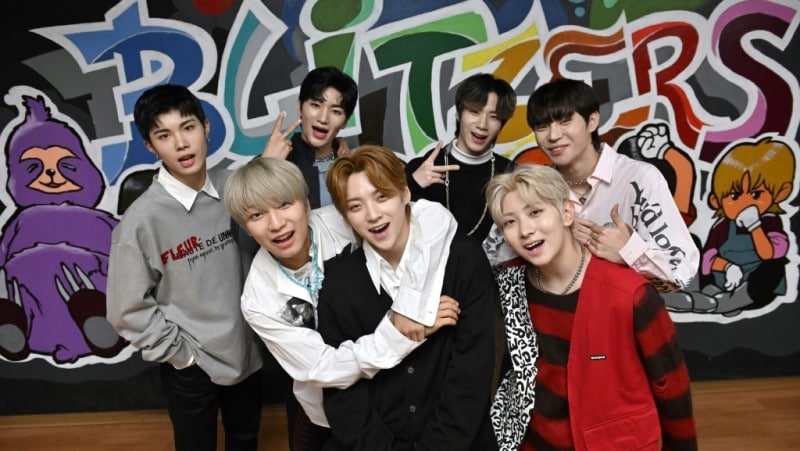 The Blitzers are distilling their three years of training into three minutes of music and dancing that will determine whether they are a hit, or just another nowhere band

An all-male septet — like the musical phenomenon that topped the US Billboard charts last year — their three years of training are being distilled into three minutes of music and dancing that will determine whether they are a hit, or just another nowhere band.

The routine, always intense, is punishing in the weeks running up to their debut: gym sessions, singing lessons, promotional shoots, and around 10 hours of dance practice into the early morning.

The program leaves them less than five hours sleep a night in bunk-beds in their shared Seoul house — the empty berths tombs for the hopes of those expelled after failing to make the cut. 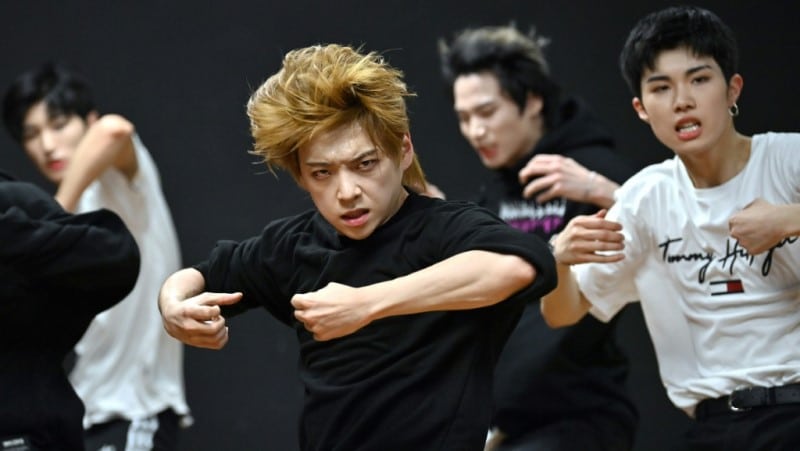 In a dedicated, mirror-lined rehearsal studio, the seven survivors stood poised for the opening bars of their first single, “Breathe Again”, outnumbered by managers, trainers and choreographers.

The moment it came over the speakers they launched into high-energy lockstep moves, spinning each other around with military precision.

“Though I want to hold your hands I can’t come near you/Because I’m stuck unable to move,” sang 17-year-old lead singer Cho Woo-ju as he jumped off a human staircase formed by his bandmates.

As the song reached its climax they came together in a line-up, simultaneously throwing trademark K-pop poses.

But the response was underwhelming. “It was just a warm up for you guys, right?” said a dance instructor. “Let’s do it for real now.”

“Yes!” the boys responded with a unanimous shout.

“We practise our dance moves until we synchronise them perfectly,” said backup singer Jang Jun-ho. 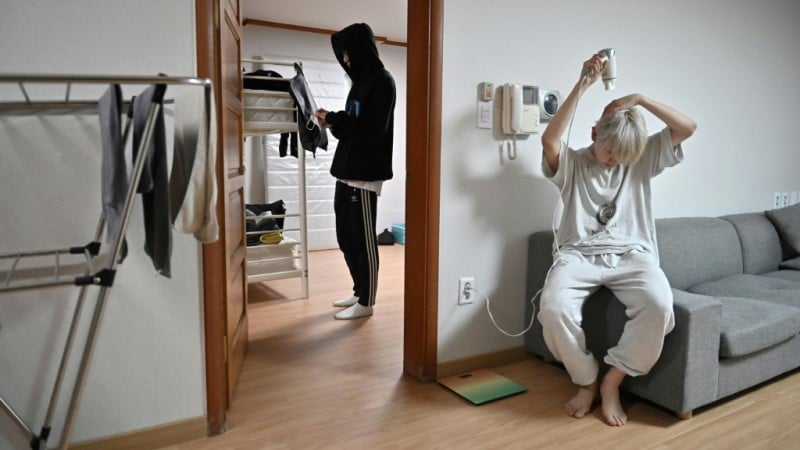 Only a Couple Survive

K-pop is the latest and biggest instance of the so-called Korean Wave, as the South’s popular culture gains overseas recognition — epitomized by the global success of boy band BTS.

The phenomenon earns billions of dollars for the world’s 12th largest economy and scores of groups are assembled and launched each year by record labels trying to capture a slice of the pie.

The Blitzers were put together by Wuzo Entertainment, a nascent Seoul management agency.

The firm has invested around one billion won ($900,000) in the band — its first — and is effectively betting its existence on their success. 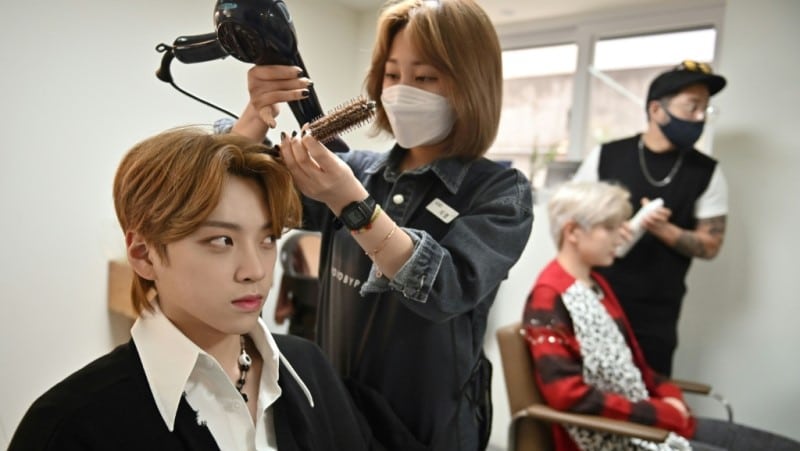 The Blitzers were put together by Wuzo Entertainment, a nascent Seoul management agency which has invested around $900,000 in the band

The potential returns are huge — the agency behind BTS, Big Hit Entertainment, since renamed Hybe, floated on the Korean stock exchange last year and now has a market capitalization of more than $7 billion.

But the odds are stacked against the Blitzers, whose six-track debut mini-album will be released on Wednesday.

“Every year more than 50 idol groups launch into the market,” said Kim Jin-hyung, the label’s co-chief executive. “Only a couple of them survive.

“If Blitzers succeed the company succeeds,” he told AFP. “If they fail, it’s almost certain we’ll have to shut down our business.” 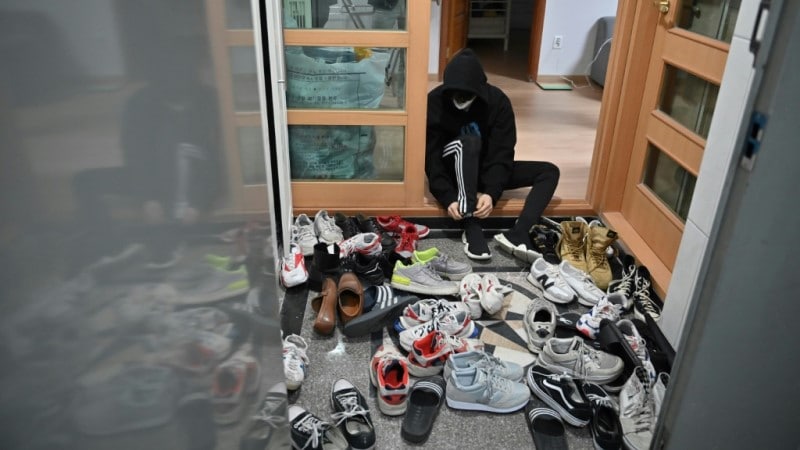 The odds are stacked against the Blitzers, with scores of new K-pop groups launched each year

I Felt a Sense of Guilt

The Blitzers are all aged 17 to 19 and were mostly recruited while still in school, some of them initially training part-time after class.

A rigorous testing process whittled them down, until 12 of them moved into the shared house for the final stage, with the seven group members chosen in November.

Even the winners were left with mixed feelings. Leader Choi Jin-hwa, 19, said that altogether he saw around 20 of his fellow trainees dismissed, but he “never got used to it”. 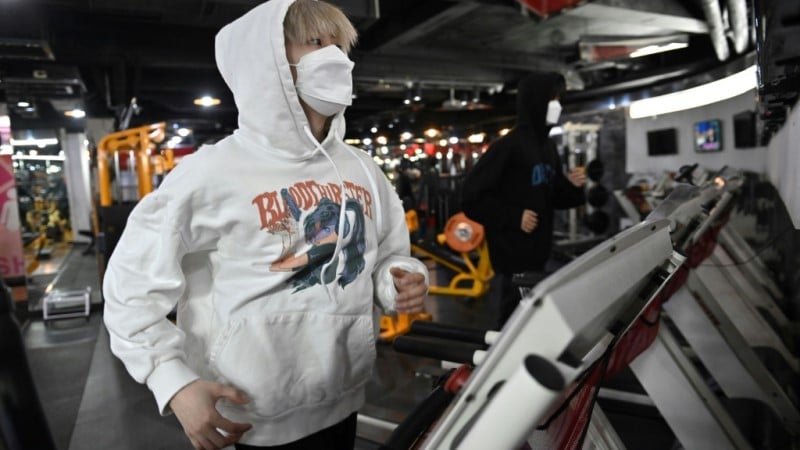 The Blitzers are all aged 17 to 19 and were mostly recruited while still in school, some of them initially training part-time after class

“Regardless of how long they had been with us, they had all practiced all day long with me ever since joining,” he told AFP. “Even though I had done nothing wrong, I felt a sense of guilt.”

The discipline is relentless, with Wuzo determining when they get up, when and what they eat, when they wear make-up and when they go to bed. 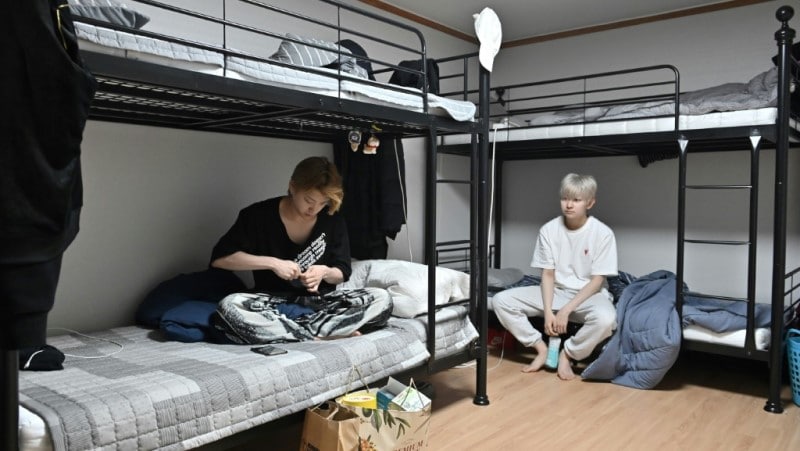 The group is subject to relentless discipline, with Wuzo determining when they get up, when and what they eat, when they wear make-up and when they go to bed

Weight control is constant. “We ban them from eating night time snacks,” said manager Oh Chang-seok, who lives with the band, combining the roles of caregiver and enforcer.

“It’s inevitable,” he explained. “They have to be ready at any time” if a promotional opportunity arises. 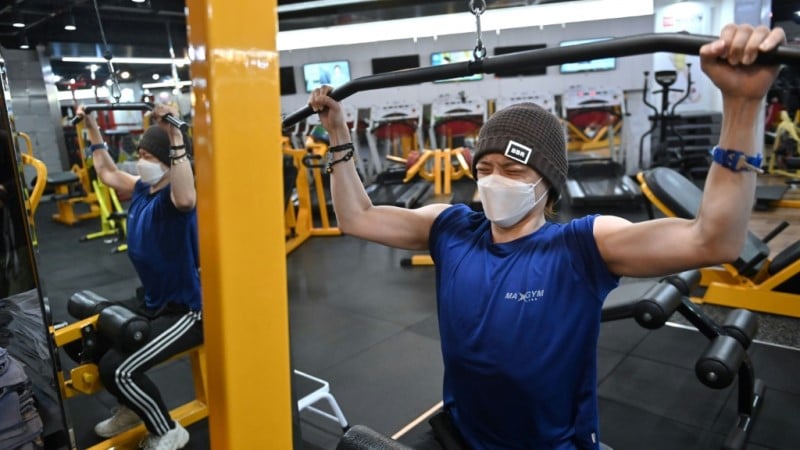 The K-pop industry is accused of consuming young hopefuls with only a tiny minority surviving to stardom, with former Nine Muses idol Ryu Sera last year likening it to a “factory-like mass-production system” in an interview with AFP. 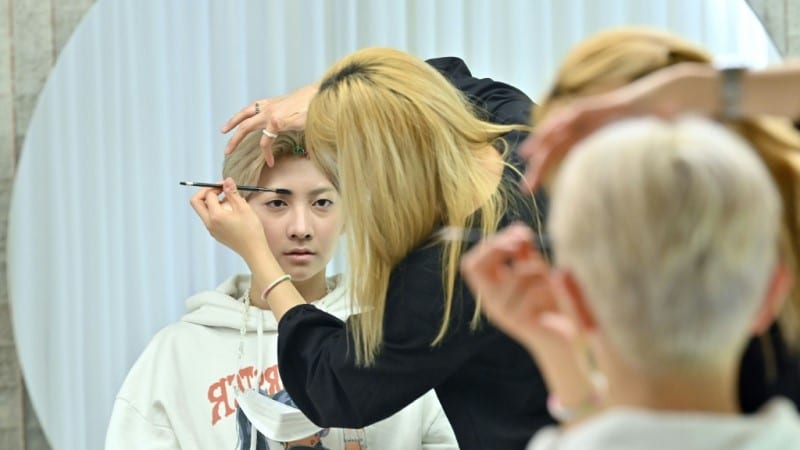 And manager Oh is realistic about cast-off former trainees. “We can’t help those who were given an opportunity for self improvement but couldn’t keep up with the others,” he said.

“We need to present the public with the best ones.”