Modern prisons are indicative of the eras that created him. In Japan, the Meiji Era, which spanned from 1868 to 1912, was considered one of the harsher periods for prisoners, so escaping prison was actually more common.

In 1881, a record number of convicts (1821 to be precise) were able to make successful getaways from incarceration. The reason for the more frequent escapes was due to extremely harsh prison conditions, which could be said of many prisons around the world, even today.

Japan has worked to reform the prison system since the Meiji Era, which meant escapes have become rarer, and by the mid-1970s, the annual number of escapees have dwindled to just a single digit.

No other man in history has shown such disdain for incarceration than Yoshie Shiratori, known in as the most famous escapee in Japan of all times, who was tagged as “the man that no prison could hold.” Yoshie had successfully escaped the Japan’s prison system 4 times!

Yoshie’s first work was in a tofu shop, he later worked as a fisherman crew that catches crabs for Russia.  After changing failed businesses several times, he became known for addictive gambling and stealing.

Yoshie was initially accused of murder and robbery and was sentenced to Aomori prison. Three years later, he picked the lock of his handcuffs with a short wire he found from a wooden bathing bucket.

Police recaptured him after three days and he was sentenced to life in prison for escaping and for supposedly stealing supplies from a hospital. He was eventually transferred to Akita prison in 1942.

At Akita prison, Yoshie managed to escape by somehow climbing the impossible smooth walls of his cell to reach the air vent. He would climb up and down every night and eventually unhinged the vent to extricate himself.

Perhaps he was exhausted from all the running and hiding, he decided to go to the home of a police officer, the only person who had shown any benevolence towards him from his previous prison in Aomori. However, this officer eventually handed Yoshie over to the authorities, and he vowed to never place his trust in another police officer ever again. 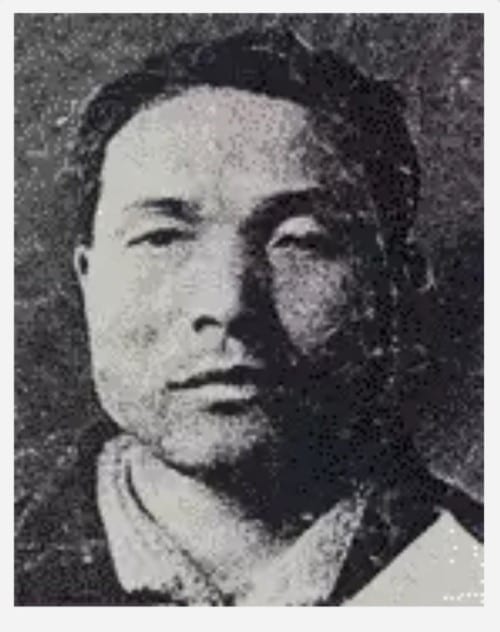 Yoshie was transferred for the second time to Abashiri Prison, which was located in a remote locale in Northern Hokkaido. Abashiri was no regular penal colony. It was reserved for the worst kinds of criminals in Japan.

Yoshie was transferred here because he had already escaped two times, and the police wanted him to stay put. As luck would have it (for Yoshie), he managed to eventually escape Abashiri. The Abashiri Prison Museum even has a figure dedicated to Yoshie as he escaped his cell wearing nothing but his underwear.

“The reason why I tried to jailbreak was because I was angry at the guard who did not treat prisoners as humans.”

How did Yoshie do it this time? The man had an endless pool of ingenuity, to be honest. Each morning, he would spit miso soup on the doorframe of his cell. The salts and moisture eventually corroded and weakened the door frame.

When the wartime blackout of August 26, 1944 occurred Yoshie dislocated his shoulders and squeezed himself out of the small space on the metal frame where the guards would slide in his food. Once again, Yoshie’s escape was publicized, and made the headlines of several newspapers in the Hokkaido Shimbun.

The Final Bid For Freedom

Yoshie was once again tried for escaping, and he was sentenced to death by the Sapporo District Court. Additionally, Yoshie was assigned six armed guards, and he was under surveillance, 24 hours per day.

At the Sapporo prison, he was incarcerated in a specially made cell that was designed to prevent him from escaping through the air vent in the ceiling. This would be the largest defect in the setup because too much attention to the ceiling meant the floor of the cell was more or less ignored.

The prison guards at Sapporo had so much faith in the newly renovated cell that they no longer bothered to handcuff their prisoner. This would be mistake number two.

While it was true that Yoshie had aged and was fatigued from being a prisoner and from constantly escaping, there was one thing that still fueled his drive: desperation. While awaiting execution in 1947, Yoshie made his final bid for freedom by unlocking the bolts that held together with the cell’s wooden floorboards. He used a bowl used for food to dig his way out of prison.

After a year of liberty, it was said that Yoshie was offered a cigarette by a police officer (Cigarettes were expensive after the war). Moved by the kindness of the police officer, Yoshie admitted that he was an escaped convict and offered to be turned in by the officer. He was tried once again by the High Court of Sapporo. They noted that in all his four escapes, he did not perform bodily harm to any of the guards, despite the fact that abuse by guards was rampant in all the prisons.

The High Court of Sapporo decided to revoke the previous decision of the death penalty. Instead, he was given a final sentence of 20 years in prison. Yoshie requested that he be imprisoned in Tokyo, which the court granted. He spent his days in Fuchu Prison until 1961 when he was given parole. He traveled to the Aomori Prefecture more than a decade later to reunite with his daughter so that he could tell her his life story. Yoshie lived for another decade after that, doing odd jobs to survive. He eventually succumbed to a heart attack in 1979. A woman who had previously cared for him in the neighborhood also took care of his ashes after his death. His remains are said to have been buried in a grave overlooking Mt. Fuji.

How we came to cover this story:

2 little kids stumbled onto this wonderful YouTube video by Kento Bento, they then forced their mom to watch the entire animation, who was so delighted by the story and decided to pitch it to us. We have gotten a lot of questions from readers regarding Yoshie’s story.  Most of his info is in Japanese, we will update this page as we dig further, if you are a native-Japanese speaker and wish to contribute, please drop us an email.  Here is more info on the anti-hero. 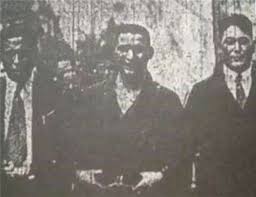