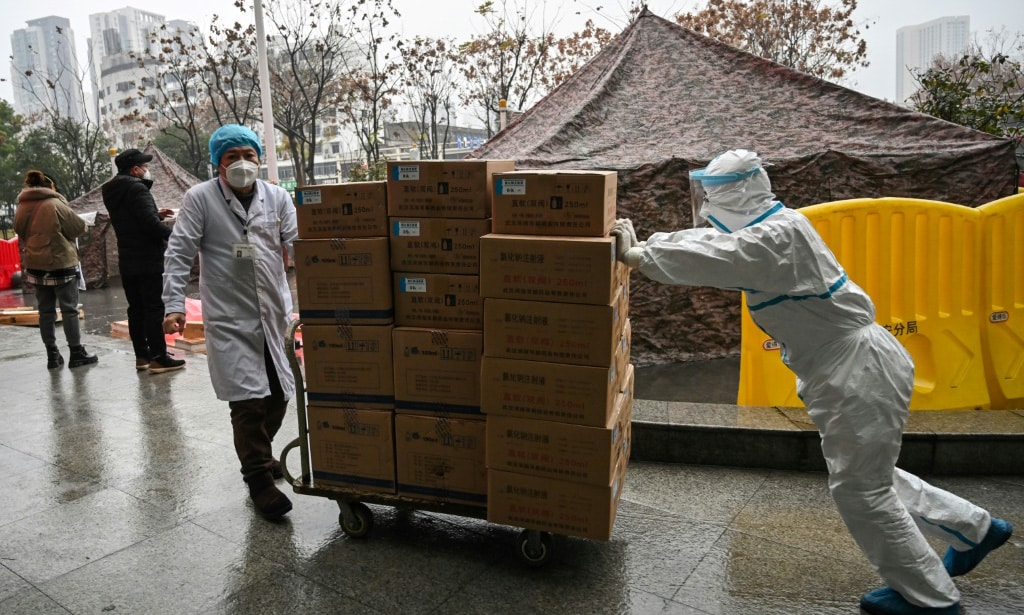 A top Red Cross official working at the epicenter of China’s coronavirus outbreak was dismissed for dereliction of duty, authorities said Tuesday, following local anger over a lack of access to donated medical equipment.

Hubei Red Cross Vice President Zhang Qin was fired for “dereliction of duty while receiving and distributing donated funds and goods”, according to a statement on the Hubei province party discipline commission’s website.

Two other officials received disciplinary warnings for the same charge, it added.

The local chapter of the charity was the target of online anger last week as social media users and Chinese media asked why frontline doctors in the stricken province were still under-equipped despite donations pouring in.

Under local law, Chinese authorities supervize the charity’s “performance of its functions and duties… and exercise supervision over its activities”.

Many on the Twitter-like Weibo platform asked if Wuhan, the province’s capital, was a “black hole” with one user commenting that “the whole country and the whole world’s supplies and masks aren’t enough to supply one city and one province”.

The novel coronavirus has killed more than 400 people and infected a further 20,000 in China, with most of the deaths and infections reported in Hubei province, where the virus emerged at a Wuhan market in December.

The Red Cross Society of China said it had received 849 million yuan ($121 million) in cash donations as well as supplies as of January 31.

Chinese news outlet Caixin reported on Saturday that Red Cross warehouses in Wuhan were full of donated supplies, including medical masks, but local hospitals still had to wait for hours to receive small amounts of equipment.

Secretary-general Jagan Chapagain told AFP on Monday that he supported the “deliberate” decision by Red Cross officials to withhold a number of the donated masks in Wuhan because they were not safe for use by health professionals working on the frontline.

“Clearly the Wuhan Red Cross hasn’t dealt with this type of situation recently, (and) they had to massively scale up in a short period of time, so to have some shortcomings is not totally unnatural,” he added.

The organization said on Sunday it was sending personnel from its headquarters to Wuhan in order to “ensure that the use of donated funds and materials is standardized, efficient, open and transparent”.